Each year, IPVM summarizes the main advances and changes for video surveillance cameras, based on our industry-leading testing and reporting. 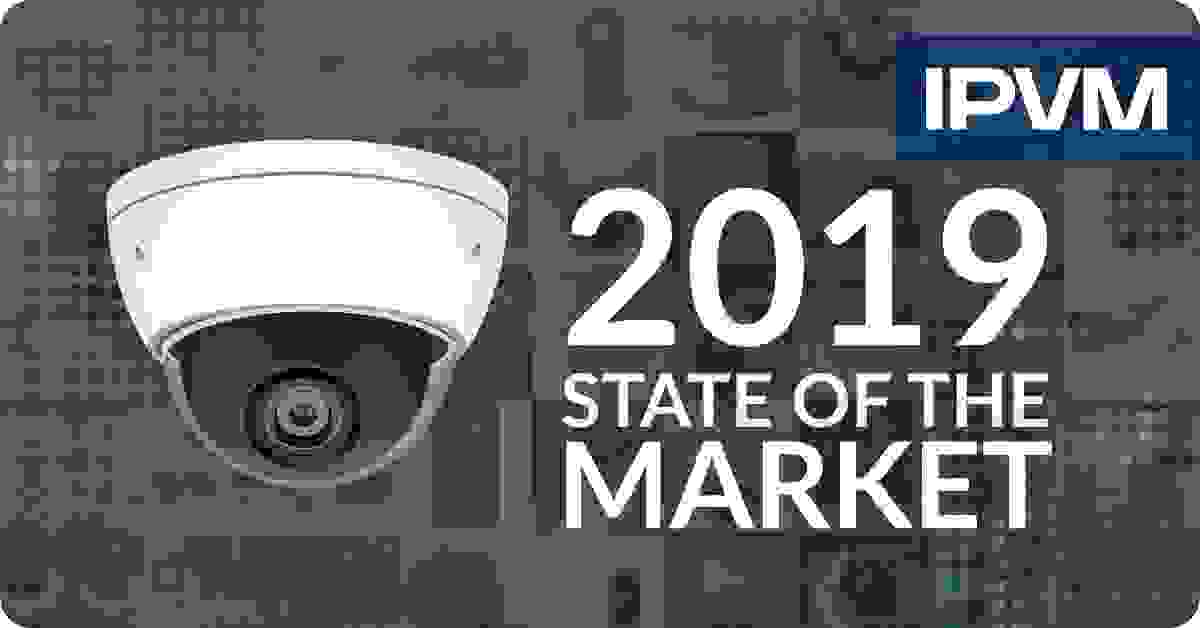 This is the 4th year we are doing this, compare to:

The average resolution used continues to grow modestly as our Resolution Usage Statistics, excerpted below, show:

In particular, 4MP is increasing becoming normal, though a significant amount of users are still using 1080p.

Component developers have been recently touting 8K (i.e. 33MP) imagers but no such IP cameras have been released. Additionally, startup (Entropix - see profile) plans a super-resolution capable camera release for 2019. So notable increases in maximum resolution will come at some point but for now this lies in the future.

Though resolution growth remained slow, the performance of low cost 4K/8MP cameras (<$250) increased significantly in the past year. In past tests, low cost fixed lens 4K models had significant issues in even moderate low light or WDR scenes, with few advantages over 4MP or even 1080p models. However in our 8MP / 4K Fixed Lens Camera Shootout, multiple models performed very well in these scenes, with clear advantages over lower resolutions, higher quality low light (below) and WDR imaging, and significantly lower bitrates. 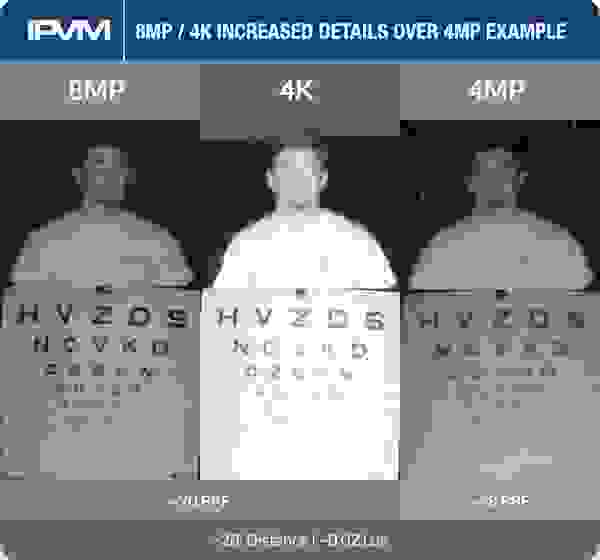 We expect this trend to continue as lower cost lines enter subsequent generations and sensors and processing continue to mature.

While multi-imagers remain niche, they are becoming an increasingly important one for larger installations that see the benefits of reducing camera counts, cabling, installation costs and VMS licenses.

Though PTZ usage, as a percentage of all cameras continues to decrease, PTZs have gotten significantly better over the last two years, most specifically with the introduction of Hikvision's DarkfighterX (tested) and Axis Q6125-LE (tested).

These two cameras offered significant advances over IR PTZs in past tests, with the Axis Q6125-LE providing much more even IR coverage and faster focus tracking than others tested. Additionally, the DarkfighterX PTZ produced better details and color images at longer ranges than others.

While 2017 was the year H.265 camera availability went mainstream and 2018 saw further increase in offerings, two of the largest manufacturers (Axis and Avigilon) have only started to introduce limited H.265 models. Despite that, H.265 (or the lack thereof) has not been a significant competitive advantage generally. This is likely because, with the now ubiquity of smart codecs and an only modest increase in resolution, bandwidth has become less of a purchasing factor.

While HD analog has given new life (or at least postponed the death of analog, depending on one's outlook), usage of HD analog has suffered from delays on higher resolution and new features such as Power over Coax.

For example, Hikvision announced HD TVI camera and DVR models with power over coax in 2016. However, even in early 2019, these models are still not readily available/stocked in North America. Additionally, Dahua's 4K HD CVI has been slow to roll out, with some high end, expensive models shipping in 2017/2018, but mainstream lower cost fixed lens models shipping only in late 2018.

Deep Learning and AI have been marketing buzzwords through 2017 and 2018 (see Dahua's "AI Creates Value" campaign below), but product releases have been relatively light compared to marketing dollars.

However, we expect that AI analytics will continue to improve as technology matures, with many startups now focused on the segment (see AnyVision, Kogniz, Vintra, etc.) and plan to test these new entrants in 2019.

Race To The Bottom / Price Declines Still Over

While the middle of the 2010s experienced significant price cuts, as Chinese manufacturers raced each other, 2018, like 2017, saw minimal further decreases in prices, with ~$100 mark the rough low point for authorized, branded, product sales.

Which factors were most important in leading to price stabilization are hard to determine (e.g., increasing support costs, cybersecurity costs, saturation, and sheer limits in how low prices can go all play some role, at least). We do not expect to see the race to the bottom resume, however, if the economy deteriorates significantly in 2019 (e.g. a global recession impacting China), Chinese manufacturers may at least temporarily sell for even lower prices as they deal with excess production capacity and inventory, however how likely this is to happen is uncertain.

One notable exception is US startup Wyze Labs (led by ex-Amazon employees), who has exploded on to the consumer IP camera market, selling 1 million cameras at ~$20 each in their first year in business. While we do not see this (at least in 2019) having any impact on the commercial market (because Wyze sells proprietary / closed systems with, for business users, low quality), their business model will have a growing impact on the consumer side.

Cybersecurity will remain an important issue in 2019 as suppliers attempt to differentiate themselves as being more secure. Proving that one does not have vulnerabilities is inherently challenging since it is difficult for outsiders to know how many or how significant vulnerabilities exist in products (because, by definition, if they did know, they could be fixed). As a proxy, manufacturers are gaining certifications of various degrees of credibility to bolster their credentials (e.g., see this Hikvision certification and this Genetec certification).

The direct impact of these moves has been modest globally and moderate in the US (though Dahua and Hikvision's stocks have dropped sharply in response to this). However, depending on how the trade wars plays out (e.g., if it is resolved early in 2019 or it expands throughout 2019), this could significantly impact manufacturers and customers around the world.

Manufacturers may announce increases in resolution, additions to IR and multi imager models, and continue to improve H.265 implementations. However, these changes are likely incremental compared to the effective differences deep learning may provide inaccurate detection.