Now, new IPVM statistics of 200+ integrators shows the most common resolution moving up beyond even full HD.

Based on our 2018 stats, 1080p is by far the most common resolution used in surveillance, followed by 3-5MP, with 720p and resolutions higher than 5MP both representing ~1%. 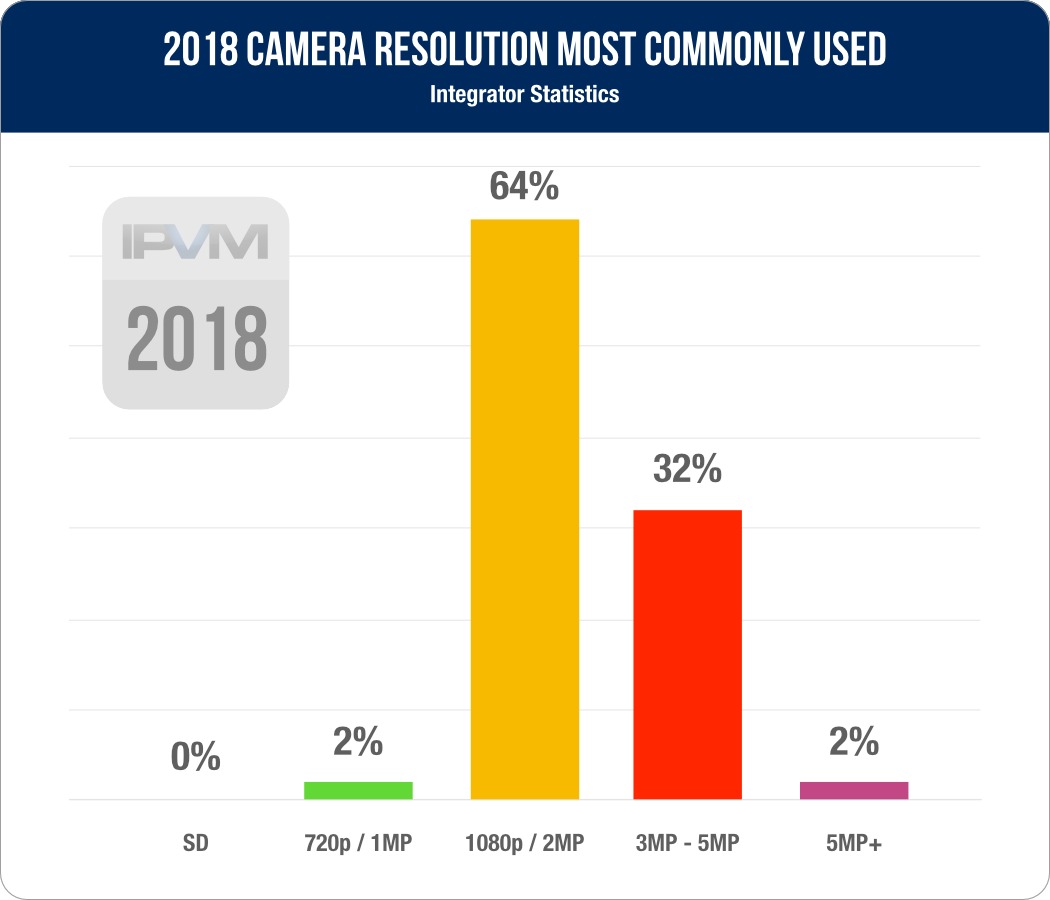 The average resolution used, though, is now closer to 3MP after factoring in the third of integrators who most commonly use 3MP or higher.

Comparing 2014 and 2016 responses to today, trends are easily visible, as SD disappears and 720p drops to near zero while 3-5MP usage grows significantly in the graphic below:

In addition to responses discussed below, manufacturer and component availability have impacted this shift in resolution:

Integrators most often said they used 1080p simply due to its price to performance ratio.

Among resolutions above 1080p, 4MP was most common, with 3MP second. 5MP and 4K both received far fewer mentions. 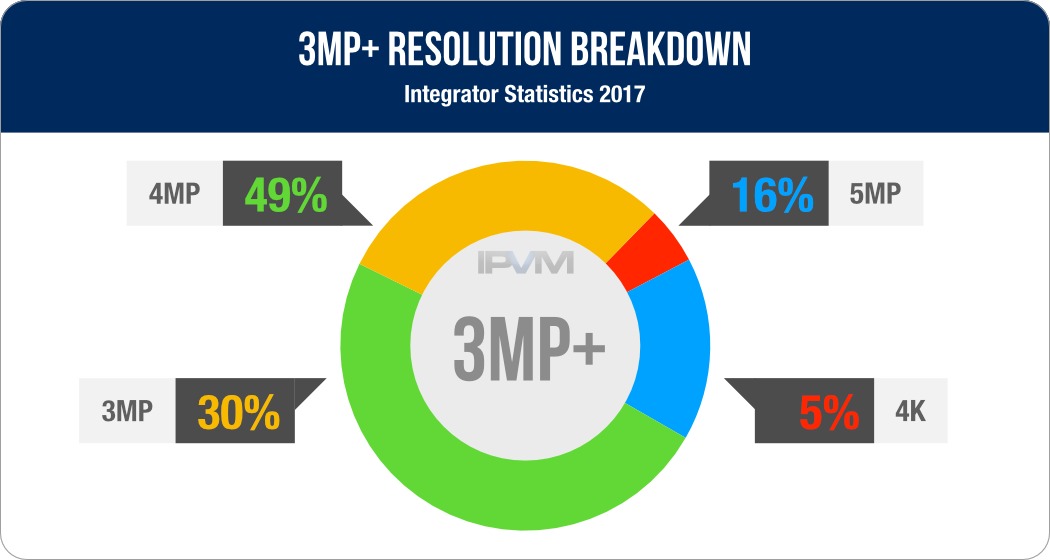 In 3-5MP, respondents mentioned these higher resolutions offering additional resolution at prices not much higher than 1080p.

However, those mentioning 4K focused more on increasing PPF/quality:

Given these 6 year trends and significant releases of 4MP, 5MP, and 6MP recent cameras, we expect 1080p usage to decline notably in the next 2 years. While 1080p is still likely to be widely used (estimated 30 to 50% of integrators still using 1080p most commonly in 2020), 4MP - 6MP camera usage will surge as lower cost and image quality enhancements drive adoption. We forecast that 4K camera usage will too grow notably from today's very niche position but will remain far less commonly used than their 6MP and under counterparts in 2020.

Finally, looking forward to 2020, one interesting dynamic to track is how much more resolution for indoor cameras increases (or not). While going from VGA to 1080p made dramatic differences in details captured for most indoor scenes, given the general smaller areas covered indoor by each camera, it is less clear the benefits of higher resolution / pixel density going up from 1080p to 4MP to 4K, etc.