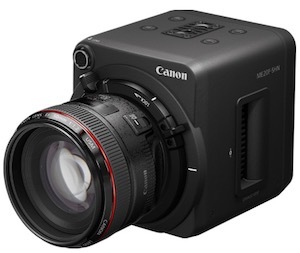 Canon has launched the ME20F-SHN , likely the world's most expensive single imager, non-thermal, IP camera at ~$20,000. And Canon subsidiary Milestone is excited about it, centering a new announcement around it, touting the camera as 'needing no more illumination than provided by only the stars in a moonless night.'

But how does this camera match up against other large imager, super low light offerings, such as Sony 35mm Super Low Light Camera (Tested) and Axis 20MP Q1659 Camera (Tested)? And how will Axis be handling this since Axis has taken over sales and marketing for Canon network video products?

In this note, we share answers from Axis and Canon plus analyze the competitive landscape for Canon's ME20F-SHN.

Be good to see it shoot out head to head against the Sony, interesting!

Minimum illumination of 0.0005 lux or less with over 4 million ISO (not possible to compare abstractly to rivals).

It’s interesting that in Pro Photography, the max ISO level of a camera is somewhat successfully used as a proxy for low light performance, even across manufacturers.  Yet lux is still a crap shoot.

And by some of the very same manufacturers.

They can claim anything with enough gain.

Will this technology cost $1000 or less in a couple years as production and competition increases? Or is there some technical reason for such a hefty price tag other than being the only option?

The exponential camera cost is a direct result of a couple of contributing factors but mostly due to the nature of sensor manufacturing and 'yield'.  A fixed size wafer of sensor material can be partitioned into X amount of sensors when they're small, smartphone camera size.  You get a high yield of usable sensors (in the hundreds) per wafer.  In every wafer there are several flaws.  Past a certain size those flaws render that portion of the sensor unusable.  The flaws are random throughout the sensor so the bigger the sensor, the more the flaws render whole portions unusable in sufficient size to make that big sensor.

Throw in the necessary chip power needed to encode a frame rate at those resolutions with all the other image tuning bells and whistles with all the high tolerances on every other aspect of the construction and it's the difference between a camera costing a couple hundred bucks vs a couple thousand.  Or in this case, a couple ten thousand apparently.

Light diffraction limits are the physical limits of preventing smaller pixels from providing more 'resolution'.  It's a limit shared by every imaging manufacturing.  So the traditional way of achieving more pixels at extremely high resolution and image quality is to make the sensor bigger.  I.e. 35mm.

I'm sure there are a couple patents in the wafer making business that contribute to this as well.

Assuming the wafer is the critical component, I wonder how much that machine cost if 1 camera is $20k

So the traditional way of achieving more pixels at extremely high resolution and image quality is to make the sensor bigger. I.e. 35mm.

Though in this case we have a extremely big sensor with relatively few pixels.

Not sure if that has any impact on yield either way.

We are going to 35mm sensor to take advantage of the larger pixels ability to capture more light. The 35mm at 12mp would not be the same wafer as a 1/3" at 2mp.

I'm curious how pixels size translates to actual cost. I would think larger pixels would have a much more forgiving manufacturing process. Demand could be the major offset though. I probably have a couple dozen devices in my house with 1/3" imagers. Zero with 35mm (wish I could justify a full frame DSLR upgrade).

I look forward to the IPVM test on this.

I'm curious how well it really performs in low light. I have tested one of the super starlight cameras from Uniview. I believe this uses the same sensor as several of the new super low light cameras that have recently popped up from other manufacturers as well.

The image looks fantastic with extremely little light..... until someone moves. The default shutter speed is set so low that there is major motion blur. If this performs well without mega motion blur, I could see them selling some in critical infrastructure situations.

Also curious how much the recommended lens is gonna cost.

Not sure comparing the Uniview to this Canon camera (or any of the other PRO cameras from Avigilon, Axis or Sony) is even close to fair.

Not doubting the performance outcome, but it's fair if you factor in pricing. If it can't sell with hefty price tag, or isn't 100x better than the Uniview at $200 then who really wins?

I haven't had issues selling Avigilon PRO cameras when they were in the right application.  Though I doubt I would have sold any if they were limited to 1080P resolution.

Exactly. And wouldn't have sold any model that was $20k.

If anything, this camera was probably developed after some government agency or large corporation pre-ordered. Just seems like too big of a jump in price to performance.

Or they will come out with a budget model with slightly lower specs for a low bargain price of only $15k.

Im sure its not either, but if they are simply slowing shutter speed to help with the low light performance than its not worth the money.

Boy, who wants to be responsible for taking that out into the field to demo? Even better, will there be a higher labor cost to install simply because you'll only trust the tech who you know passes his drug tests vs the one you don't even bother to test?

I wouldn't worry about higher labor costs. Your money would be much better invested in more insurance coverage. Camera will hit the ground at some point. Sure bet.

Any word from Canon on what lens options they will offer as bundles or will they make customers buy the lens separately?

The one major use I can see for this camera specifically would be the investigative surveillance industry, although the cost would be a prohibiting factor even then.

Not sure what the real application for this device would be.

Military could probably find some cool things to do with it.

I would agree with that statement, it also fits nicely within your "large government agency" idea.

This device has zero value to the commercial security sector, but actual usage value in traditional surveillance - where detail in dark conditions really really matter.

I know that during my P.I. days I would have loved one of these, but there is no way in hell my small/medium sized firm would pay for it. The global firms would rather just throw bodies at the problem during the day.

So if private is out of the picture, it kindof has to be a military organization.

Canon has launched the ME20F-SHN , likely the world's most expensive single imager, non-thermal, IP camera at ~$20,000.

Though the CohuHD 8800 might give it a run for its money:

One is all sensor, the other all lens.

"There are use cases where utmost low light sensitivity is a must such as border or critical infrastructure surveillance where low light performance outweighs cost."

That statement pretty much shows the target market. The military has enough thermal/FLIR/etc. that this would be superfluous but other government agencies would probably see this as a viable option that doesn't want to look like they are militarizing.

The military has enough thermal/FLIR/etc. that this would be superfluous...

1. This is far different than thermal.

2. The military never has enough.

Agreed but different mission. The guys who need some sort of ultra low light facial recognition already have it and aren't buying in bulk, although...

It is something they can have some poor 11B hump around for no reason so they will probably order a million.

And what are they using for that? I have not heard such a claim before so I am curious to hear more details. 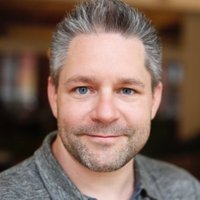 I don't understand the decisions around group plan memberships vs single membership. I'd like to read the report at the end of the article, but can't since I don't have an IPVM group plan. I don't mean to go off topic, but could somebody explain how written content is selected for group vs individual plans?

Ben, thanks for the question and your first comment. There is no new or separate report at the end. It is simply a PDF copy of the report that you have already read above. The PDF copy is a convenience offering but does not contain any other or different content.

Ah that makes sense. Not sure how I missed noticing that on all the other articles I've read. Thanks for the info John. 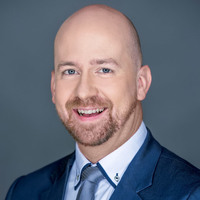 IMO it is more like a technological knowhow demonstration than a real life product (I know you can buy it). Canon bought Axis, and Milestone, they must act like a CCTV manufacturer what is actually not their basic business in a environment where a lot of old players, startups and Far East companies playing.

A product like this helps to let us talk in forums (like this) is it good or not, but at the end of the day the only thing matters that we are talking about Canon.

I'm really interested on how this will change the market, and how this will be sold in mass. Somebody were interested above in that is this the future and in case of mass production would it be as low as 1000USD later?

I don't think so. Even if it is "just" an 1000 USD 1080p camera, the proper lens will be the other 2000USD, and as these pro lenses are made in a mass currently as well, these cameras won't have a huge impact on latter pricing, but I would be more than happy to fail as an amateur photographer.

This article is part of IPVM's 6,810 reports, 914 tests and is only available to members. To get a one-time preview of our work, enter your work email to access the full article.