Motorola joins the growing list of companies taking aim at Chinese manufacturers. Recall, last week it was Hanwha: Chinese Products Damaged Industry and the week prior it was Axis: "It’s A Question Of Trust And Who You Want To Be Associated With".

Motorola's CEO explained on the investor's call about the Avigilon acquisition:

I think there is a growing aversion to having Chinese provider to critical video surveillance and security and I think that trend will lend itself well to us as well. [emphasis added]

And the incoming Avigilon CEO concurred in this interview [link no longer available]:

"Ultimately end users are deciding for themselves what products and solutions they feel most comfortable with," Mr. Henderson told The Globe and Mail. "What we're seeing now given the current times is there's an increased focus on domestically made products, of which Avigilon has been a big believer for quite some time, manufacturing in Canada and the U.S." [emphasis added]

Here are some dynamics we expect following the deal:

I am unsure why I assumed Motorola was a Japanese based firm?

In fairness to you, the word 'Motorola' does sound Japanese.

However, explained in Motorola's history: 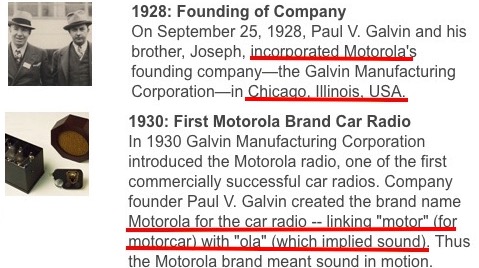 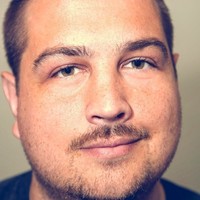 I'm unsure why you'd think that too... Motorola  American multinational telecommunications company founded on September 25, 1928, based in Schaumburg, Illinois

I'm unsure why you'd think that too...

Dillabaugh, (shown the crib below?), has a point here.  In 1974, Motorola sold its TV business to the Japanese, specifically Masushita, parent of Panasonic. 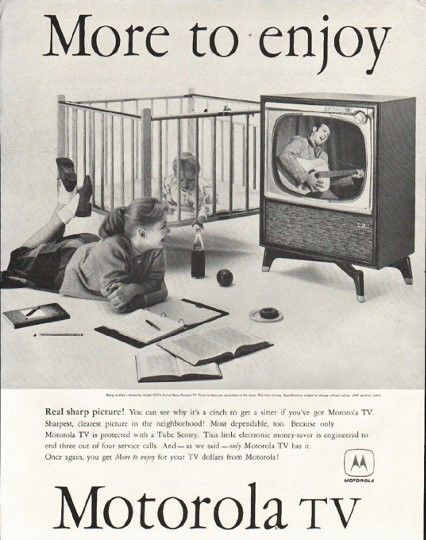 It's totally the "Hello Moto" tagline in the smartphone commercials on TV. They say it in an Asian dialect of sorts. And for those of you who now have this stuck in your head, you're welcome =). Happy Friday and Cheers!

Motorola was split into two separate companies in 2012.  Motorola Mobility was sold to Google then Lenovo.  Motorola Solutions is the remaining US public company who bought Avigilon.

My curiosity with this acquisition is any synergies between their police cameras and Avigilon analytics.  While most of us shudder at the Chinese police body worn facial recognition technology, might this be the future for other countries as well?  Facial recognition combined with audio interaction has the potential to augment existing Police processes like identifying engaged people and check for warrants and restraining orders.  Heck it could lower the friction of some police interactions ("You're talking to John Honovich, no warrants, no restraining orders") or lower the risk of escalations ("Bob has a history of violence against the police, shall I call backup?").  The risk I see is in data storage; can the police track the movements of lawful citizens or just use it to ID people during police interactions?

Playing the domestic card will be powerful with some customers, as long as their products keep up with competitors and they manage their direct sales channel conflict.

Its all about the body cameras.

Do they have any traction with thier body worn cameras?

I haven't heard of any PD using them

I should correct that: it's all about "the" body camera. Not particularly thiers.

Also Motorola has a body camera that is far surpassing anyone else, I suppose its cost prohibitive to be as popular. Give it time to be properly budgeted and not a nee jerk reaction to the times and they'll have this market as well.

I'm not sure why they see the Chinese as a threat in metropolis wide projects.  Yes, those Chinese firms are essentially sole source inside China.  I would think that a Motorola/Genetec combo would compete just as effectively inside the US without the need to acquire Avigilon.  Perhaps acquiring Avigilon was a way for Moto to maintain tighter control on product development in order to suit their needs?  Genetec seems very likely to tell people to fly a kite on feature requests based on my experience with them.

I hope they do real check and makeover of the Firmware before promoting the stuff...

I hope they do real check and makeover of the Firmware before promoting the stuff...

Motorola's EVP of Sales Jack Molloy did an interview this week again calling out the Chinese and the benefit of Avigilon's Texas factory:

Some of the market-share leaders in the video sector are Chinese-based companies, Molloy said. Given ongoing tensions between China and the United States about intellectual property, a video company that is based in North America could prove to be advantageous, he said.

“They manufacture right here in Plano, Texas, so we think that’s something that’s really going to play well in the current environment.”