Yes, Milestone, The Glory Days Are Over 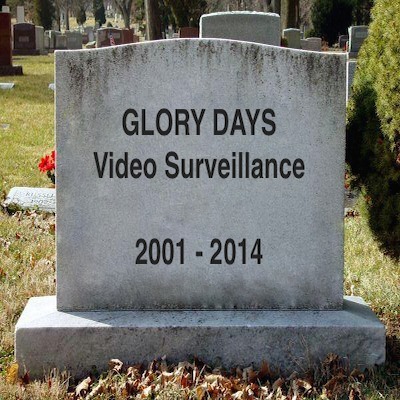 Are the glory days over? Or are we in a position as a Community to defy these ominous predictions and define the future ourselves?

Yes, Milestone, the glory days are indeed over. Your 'Community' can bang on drums at MIPS again to feel better but it will not change reality.

The market is saturated with digital / network recorders and MP cameras.

Even without the 'Chinese', the glory days would be gone.

Race To The Bottom

Of course, Hikvision and Dahua's race to the bottom has made things far worse for the industry. Indeed, Milestone giving away fully free VMS software and slashing prices on its mid tier VMS would not happen without that. $100 MP cameras, $300 NVRs, plus huge sales and marketing spend make it hard for the entire industry.

Not Glory for China

While Hikvision and Dahua have certainly gained significant attention and even praise from the for-sale trade press, this is not glory days for China manufacturers either.

Hikvision and Dahua are really in a starvation contest with themselves and their South China rivals (see Hikvision's most recent 40% price cut on kits). They have been willing to accept the continued price cuts given the flood of money inside of China but they are clearly not happy to do so, to which their execs privately admit.

There is potential for 'glory' there but it only comes from bankrupting and forcing out most of their competitors, at which point the pressure to cut prices cease.

Raising The Problem Is Good

Milestone should be commended for at least raising the problem. Genetec too has been frank about this, recall Genetec: gutting of mid and low end players coming.

But contrast them to Axis, the largest and most powerful of that era's manufacturers, who loves to pretend everything is just super.

If one is to deal with problems, they first have to be publicly admitted. Milestone is right about 'end to end', and the losers, like Axis, greedily ripping each other apart for remaining shreds with 'solution' sales is not the solution. But the manufacturers need more than 'community', they need to develop real innovations.

Milestone: "Easy Money Days Are Over" on Feb 17, 2017
Contrary to IPVM's criticisms, Milestone has reaffirmed that glory days...
Comments (40) : Subscribers only. Login. or Join.