As pressure mounts for companies to stop doing business in China’s Xinjiang region amid a severe human rights crisis, IPVM has found Infinova sold a video management system for “smart cities” in Xinjiang last year and has won substantial surveillance deals with authorities there in the past.

The US-based manufacturer denies that any of its systems are currently being used in the region’s notorious re-education camps – where up to one million civilians have been detained – or other “sensitive” areas. Infinova deleted all mentions of its Xinjiang projects on its Chinese website shortly after IPVM contacted them for this story. 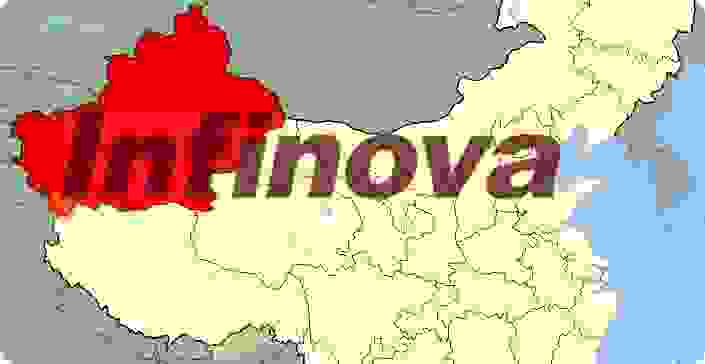 Infinova’s Xinjiang business dealings expose it to scrutiny from US lawmakers, activists, and others due to an international outcry over the Chinese government’s campaign of mass surveillance and detentions in Xinjiang.

In this note, IPVM examines Infinova’s Xinjiang activities and possible repercussions, including:

Infinova is a US-based company with Chinese / American management, led by Founder and CEO Jeffery Liu. The company is not widely known in the West but it does own 2 other surveillance manufacturers that are better known - March Networks, a banking / retail specialist, acquired in 2011, and Swann, a widely-used home surveillance provider, acquired in 2014. In addition to owning those 2 Western companies, Infinova is a manufacturer and brand in its own right, though Infinova products are not widely marketed nor used in the West.

Infinova IPOed in 2011, raising $300 million USD at a then ~$1.2 billion valuation. It still trades today in the Shenzhen stock market, though at a notably reduced valuation than in 2011: 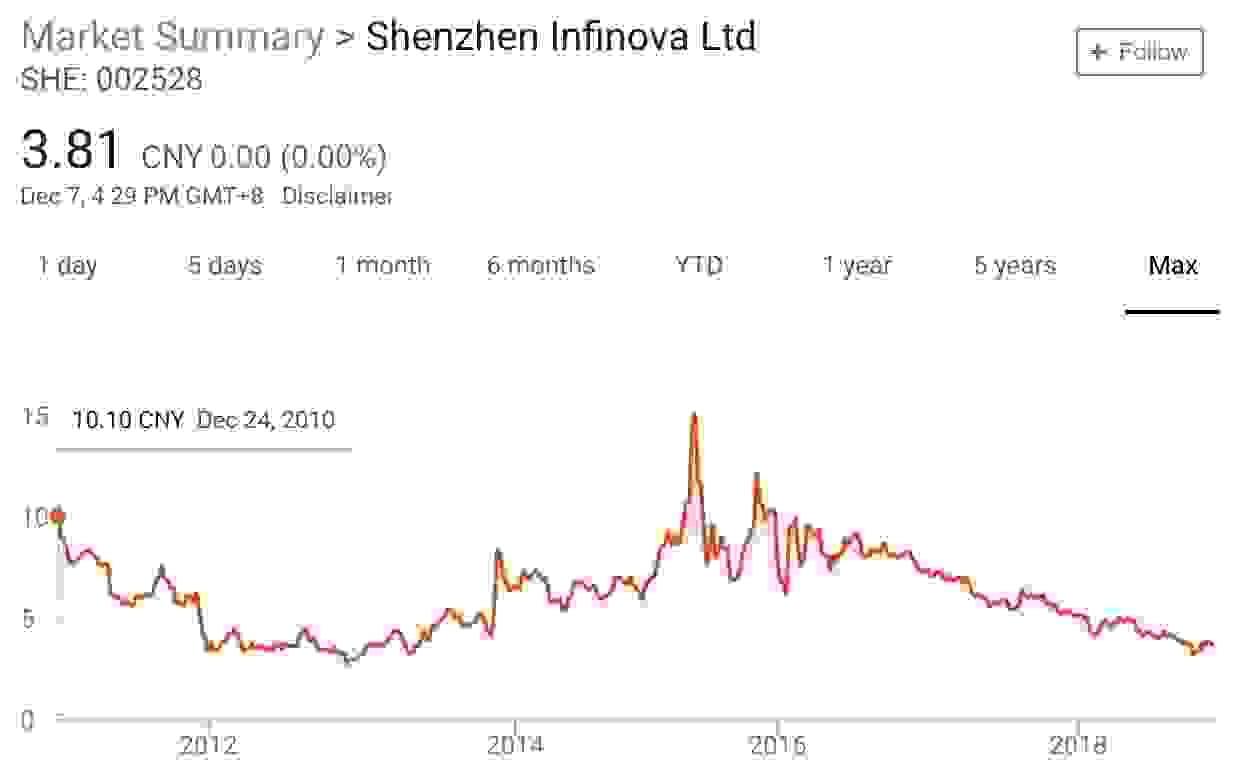 Infinova's last big revenue increase of 88% took place in 2014-2015, when the company bought Swann who previous annual revenue was ~$125 million.

Infinova’s situation is better than in the past few years. Both the Xinjiang software platform project and the Shanghai face [recognition] project have made good progress. It is expected that the company's profitability in 2017 will be greatly improved.

Infinova told IPVM this platform is a “standard video management system project” used in Xinjiang’s smart cities which Infinova sold to an “integrator” in 2017. Liu said as much in another comment to investors where he touted Infinova’s VMS capabilities:

We realized we had to integrate [our software platform management system] closely with Smart City projects in order to be competitive in 'battles' [with business competitors], especially in 2016 when we made major changes. The result was that we were able to win projects like the [VMS project] in Xinjiang thanks to our platform.

The controversial large-scale projects won by Hikvision and Dahua in Xinjiang were all billed as “Safe” or “Smart” city projects. These projects’ contracts typically mandate the construction of citywide video surveillance systems, data/cloud centers, and the like, but some also include advanced surveillance systems in re-education camps, mosques, and police stations.

IPVM could not find publicly available details about how Infinova’s VMS system in Xinjiang is being used.

Infinova did not directly answer specific questions from IPVM about the applications, reach, and end user of its Xinjiang VMS, beyond stating it had no “sensitive” uses and that video analytics were not part of it.

Infinova did significant work with Xinjiang authorities in the years prior to the surge in security spending under Xinjiang Communist Party chief Chen Quanguo in late 2016.

For example, in 2015, Infinova said in a press release about the Paris terrorist attacks that:

In China, Infinova is also among the first batch of recommended brands by the Xinjiang Ministry of Public Security, and has made an integral contribution to the construction of Xinjiang’s safe city projects. In 2014, it won the IP operation and maintenance project for safe city security in the entire Xinjiang autonomous region.

IPVM identified other projects that were won by Infinova in Xinjiang prior to 2016:

After it was contacted for this story, Infinova deleted all the articles about its Xinjiang projects on its Chinese website. IPVM saved hard copies of all these articles prior to their deletion.

For example, here is the headline and photo of the now-deleted Infinova post touting its preferred status with Xinjiang’s Public Security ministry (i.e. police). It reads: “The Paris tragedy torments the world. What is the path for security to prevent this?” 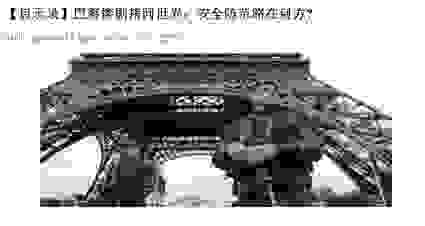 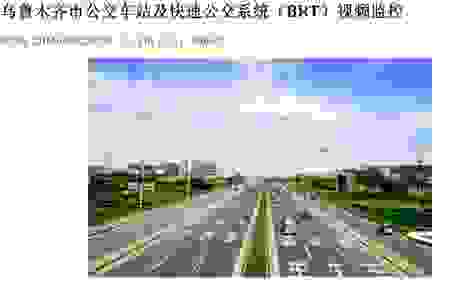 In response to its questions, Infinova told IPVM it did not know if its past Xinjiang projects were still operational or not:

We do not know if these projects are still operational as we sell through integrators.

Infinova has very little activity in Xinjiang and in fact has less than 1% of the Chinese video surveillance market.

How much or little Infinova benefited from the massive Xinjiang security boom of 2016-2017 is unclear. However, it was not listed as a winner of the multimillion dollar integrated surveillance projects won by Chinese firms like Hikvision or Dahua during that time.

Infinova’s status as a US company played a role here, according to Infinova:

Please note that we have been regarded as an American company in China. That is not helpful in competing for safe city projects.

Despite the company having Chinese / American management and extensive Chinese operations, it is headquartered in NJ, USA.

Even though Infinova’s Xinjiang involvement (based on available records reviewed) is substantially smaller than Hikvision or Dahua’s, its continued business there exposes it to significant repercussions.

If certain legislation proposed to the US Congress passes, Infinova may need to publicly assert that its Xinjiang systems are not being used for human rights abuses.

The Uyghur Human Rights Act, which was proposed to US Congress last month, states that:

United States companies and individuals selling goods or services or otherwise operating in Xinjiang should take steps, including in any public or financial filings, to publicly assert that their commercial activities are not contributing to human rights violations in Xinjiang or elsewhere in China.

Infinova also faces the possibility of an outright ban on US companies doing business with authorities in Xinjiang.

A US congressional commission has requested that the Commerce Department add Xinjiang state entities to the “Entity List,” making it almost impossible for US businesses to export advanced products to them.

The letter states that:

U.S. companies should not be assisting in the expansion of China’s systems for surveillance, detection, and detention, or be complicit in what are gross violations of internationally recognized human rights occurring daily in the XUAR.

The Commerce Department has yet to reply to the letter.

Infinova also runs the risk of a PR confrontation over its Xinjiang activities. Senator Marco Rubio has, for example, repeatedly called out US company Thermo Fisher Scientific for selling DNA sequencers to Xinjiang authorities as part of a regional surveillance project, calling the company “grotesque” on Twitter.

Human Rights Watch has also singled out Thermo Fisher for its role, calling it to end all Xinjiang activities.

As a US company, however, Infinova does not risk the harsh Global Magnitsky sanctions being considered for Hikvision and Dahua for their Xinjiang involvement. (See Trump Administration Considers Sanctions Against Dahua and Hikvision).

Global Magnitsky sanctions would ban Hikvision and Dahua from doing business with any American entity, disrupting their global supply chain and ending their US presence.

These sorts of sanctions, however, only apply to “foreign” persons or corporations under US law. Even though Infinova is listed in the Shenzhen stock exchange, it remains a US company headquartered in New Jersey.

Infinova’s business activities in Xinjiang pose a significant risk to the company’s public image and maybe outright banned in the future. Infinova’s Xinjiang involvement appears significantly smaller than Hikvision or Dahua’s. However, pressure is mounting for companies to halt any commercial activities aiding surveillance in Xinjiang.

Infinova and its investors will need to tread carefully.

Infinova 2021 Revenue Plummets and Net Loss Surges on Apr 29, 2022
Infinova's revenue plummeted and had a severe net loss as the company...
Exclusive: Bill Proposes Human Rights Controls On US Surveillance Tech on May 27, 2021
A new bill places export controls on US technology which enables human rights...
Infinova, March Networks and Swann H1 2020 Financials Examined on Sep 02, 2020
While Dahua and Hikvision, helped by fever camera sales, are recovering from...
PRC Government Entity Now Controlling Shareholder of Infinova / March Networks on Jan 16, 2020
A PRC government entity is now the controlling shareholder of US security...
US Gov China Commission (CECC) Cites IPVM on Hikvision on Jan 09, 2020
The US Congress agency monitoring PRC human rights has cited IPVM's coverage...
US Senator Calls Hikvision and Dahua “Puppets of the Chinese Communist Party”, Urges Sanctions on Feb 07, 2019
Tom Cotton, Republican senator from Arkansas, has publicly called Hikvision...
Intersec 2019 Show Report on Jan 23, 2019
The 2019 Intersec show, held annually in Dubai, is now complete. IPVM...
Infinova Deletes Xinjiang References, Hiding Evidence on Jan 07, 2019
Infinova has deleted all posts about Xinjiang on its website due to IPVM’s...
Comments (6) : Subscribers only. Login. or Join.