Evidence Of Hikvision's Involvement With Xinjiang IJOP And Re-Education Camps 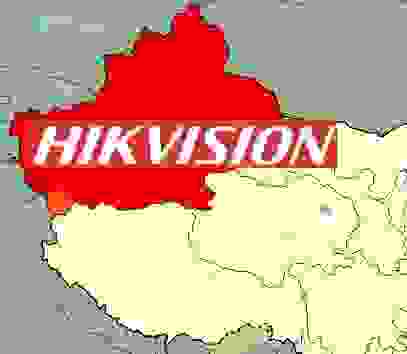 IPVM reveals as-yet unreported details about Hikvision’s activities in Xinjiang - a region of China where massive human rights abuses are being alleged - including:

-Evidence of Hikvision’s direct involvement in IJOP, a large-scale integrated surveillance program described by the Economist as "terrifying" and "as race-based as apartheid in South Africa was"

Chinese authorities are accused of building a highly intrusive “surveillance state” in the historically Muslim region of Xinjiang while sending up to one million civilians to political re-education camps as part of a heavy-handed crackdown on terrorism and separatism.

In response, the US is considering Magnitsky sanctions on Chinese officials and “entities assisting [Xinjiang] officials in mass detentions and surveillance of ethnic minorities” such as Hikvision and Dahua, which IPVM revealed to have won over $1.2 billion in large-scale surveillance projects in Xinjiang since 2016. If passed, these sanctions would freeze all of Hikvision and Dahua’s US assets and ban US entities from doing business with them, effectively ending their US operations.

While IPVM already listed this project in its original database, a bidding tender for the project [link no longer available] includes the installation of a "surveillance system for the justice bureau’s Education through Transformation center" or “司法局教育转化基地监控系统” in Chinese. This is the exact term used by Chinese authorities to call the re-education camps – the idea being that detainees are “transformed” through mandatory political “education”.

The tender specifies a Private-Public Partnership between Xinjiang authorities and Hikvision, meaning Hikvision will construct and operate the project during a concession period with government support under the “DBFOT” or Design-Build-Finance-Operate-Transfer model.

James Leibold [link no longer available], an Australian university professor and Xinjiang expert, previously told IPVM the use of sophisticated cameras at places of worship represented a “chilling effect” on religious freedom by tracking and possibly flagging for detention those who regularly attend services.

Moreover, video conferencing systems provided by Hikvision would effectively eliminate the need for local imams to deliver unvetted sermons to their own communities, although this is not specified. The Moyu contract examined by IPVM specified that the system would allow attendees to watch sermons filmed in a studio run by the Chinese government’s Ethnic Affairs Commission on TV screens inside the mosque. Such a system was also deployed in Hikvision’s Moyu County project.

In 2017, Hikvision won a $58m contract [link no longer available] to build a “Safe City” in Yutian County (“新疆于田县平安城市PPP项目”).

The original tender [link no longer available] for this contract also calls for a mosque surveillance and video conferencing system. No further details about this project are publicly available.

Human Rights Watch says a big-data based surveillance program called the Integrated Joint Operations Platform is used to extensively spy on Uyghurs and other Muslims in Xinjiang, with officials using the system to log information about civilians’ “ideological situation”. HRW reported concerns that individuals flagged in the IJOP are sent off to the re-education camps.

The IJOP is being built by the CETC, which is Hikvision’s state-owned parent company. Hikvision has traditionally distanced itself from the CETC but new evidence shows it works closely with the group in Xinjiang.

A local IT company based in Xinjiang’s capital of Urumqi called Xinjiang Yuanjian Communication Technology recently posted a job advertisement for a technician and project manager that included a description of its own activities.

This description says the company works directly with both Hikvision and the CETC to build the IJOP:

Our company cooperates with China Electronics Technology Group Corporation and Hangzhou Hikvision Technology Co., Ltd. to be responsible for the construction, implementation and operation and maintenance of the overall project. [emphasis added]

In 2016, according to the requirements of the Party Committee of the Xinjiang Autonomous Region, the maintenance of social stability in Xinjiang required the accelerated construction of the ‘integrated joint operational platform’ in 60 pilot counties in Xinjiang. [emphasis added]

The company further notes that “in recent years, the terrorism and stability situation has been extremely severe” and that it works on big data-based facial recognition systems, video surveillance systems for mosques, and numerous other technologies.

Not Hikvision’s Only IJOP Connections

This is not the first time Hikvision has been tied to the IJOP. Human Rights Watch itself has previously stated that Hikvision won a contract [link no longer available] for the second stage of the construction of the IJOP. HRW said the contract included WiFi probes or “sniffers” that track the unique addresses of networked devices. This allows the cameras to potentially track people via their smartphones or other personal electronics.

IJOP "Terrifying" And "Race-Based As Apartheid"

The Economist, in a May 2018 article titled China has turned Xinjiang into a police state like no other, described IJOP as follows:

A system called the Integrated Joint Operations Platform (IJOP), first revealed by Human Rights Watch, uses machine-learning systems, information from cameras, smartphones, financial and family-planning records and even unusual electricity use to generate lists of suspects for detention. One official WeChat report said that verifying IJOP’s lists was one of the main responsibilities of the local security committee. Even without high-tech surveillance, Xinjiang’s police state is formidable. With it, it becomes terrifying.

In theory, the security system in Xinjiang applies to everyone equally. In practice it is as race-based as apartheid in South Africa was. [emphasis addded]

Despite its extensive involvement in Xinjiang and the negative press surrounding the region, Hikvision has never addressed the possibility of complicity in human rights abuses.

It has, however, played down concerns from worried Chinese investors that Xinjiang-related sanctions would harm its bottom line.

Last month, Hikvision said on a website for investors [link no longer available] that “speculation by the media” about Xinjiang sanctions “do not represent the views of the US government”.

'Hikvision Cameras In My Concentration Camp Cell,' Says Victim on Apr 25, 2022
3 Hikvision cameras monitored a Xinjiang concentration camp survivor's every...
UK Camera Commissioner: Buying Dahua and Hikvision Puts 'Money Over Values' on Mar 14, 2022
The UK government's top surveillance official is warning authorities about...
Hikvision Refuses UK Surveillance Camera Commissioner Inquiries On Human Rights Abuses on Aug 10, 2021
The UK's Surveillance Camera Commissioner wrote a letter to Hikvision...
Norway Council of Ethics Finds Hikvision Human Rights Abuses "Ongoing" on Sep 23, 2020
Hikvision's involvement in "serious human rights abuse" in Xinjiang is...
Hikvision Illicitly Uses Back To The Future In Marketing on Jul 03, 2020
NBCUniversal told IPVM that Hikvision UK's ongoing coronavirus marketing...
White House Trade Advisor Calls Hikvision "Very Evil Company" on Jun 24, 2020
White House trade advisor Peter Navarro has called Hikvision a "very evil...
Hikvision Chairman Targeted For Sanctions As Federal Watchdog Calls Out Hikvision "Serious Religious Freedom Violations" on May 21, 2020
The US government's religious freedom watchdog has criticized Hikvision for...
US Gov China Commission (CECC) Cites IPVM on Hikvision on Jan 09, 2020
The US Congress agency monitoring PRC human rights has cited IPVM's coverage...
Senator Vitter Becomes "Proud Member Of The Hikvision Team", Calls Out "Anti-China" Rubio on Oct 29, 2019
Senator-turned-China-lobbyist David Vitter has become a self-proclaimed...
Hikvision and Dahua Sanctioned for Human Rights Abuses on Oct 07, 2019
In a groundbreaking move that will have drastic consequences across the video...
Hikvision Lobbying Against And Preparing For Potential US Sanctions on Sep 09, 2019
Hikvision has been lobbying against and preparing for potential US sanctions,...
Hikvision Cameras Covering Concentration Camps on Jul 29, 2019
Hikvision cameras monitoring a concentration camp were shown in a recent BBC...
Hikvision: In China, We Obey PRC Human Rights Law on May 28, 2019
Hikvision defended its activities in Xinjiang, where the PRC is accused of...
US Considers Sanctions Against Hikvision and Dahua on May 22, 2019
The US government is considering blacklisting "up to 5" PRC surveillance...
Hikvision VP On Muslim Oppression on May 14, 2019
Hikvision has won tens of millions of dollars, at least, in direct contracts...
Goldman and Fidelity Funds Sell Off Hikvision, Dahua Stock Over Xinjiang on Mar 29, 2019
Major US funds run by financial giants such as Fidelity and Goldman Sachs...
9 UK MPs Call Out Hikvision Over Human Rights Violations on Mar 26, 2019
A group of nine MPs in the UK has released a letter calling out Hikvision for...
3 UK MPs Call For Investigating Hikvision Over Xinjiang on Feb 04, 2019
3 UK members of Parliament, including 2 with direct comments to IPVM, have...
Intersec 2019 Show Report on Jan 23, 2019
The 2019 Intersec show, held annually in Dubai, is now complete. IPVM...
The 2019 Video Surveillance Industry Guide on Dec 10, 2018
The 300 page, 2019 Video Surveillance Industry Guide, covers the key events...
Infinova's Xinjiang Business Examined on Dec 07, 2018
As pressure mounts for companies to stop doing business in China’s Xinjiang...
Evidence of Dahua's Involvement In Xinjiang Surveillance on Nov 28, 2018
IPVM adds new details about Dahua’s activities in Xinjiang, a Chinese region...
Pressure Mounts Against Dahua and Hikvision Xinjiang Business on Nov 19, 2018
Pressure is mounting against Hikvision, Dahua, and other companies operating...
US Commerce Department Considers Sanctions Over Companies Profiting From Xinjiang on Oct 04, 2018
The US Commerce Department is considering its own sanctions for businesses...
Comments (58) : Subscribers only. Login. or Join.