Avigilon President Henderson Is Out

Avigilon's President and COO James Henderson is out, abruptly, after a remarkable ascension over the past 8 years, Motorola VP Jack Molloy has informed.

Inside this note, we examine the move, questions about Avigilon's future and how Motorola (who acquired Avigilon in 2018) has handled this poorly. 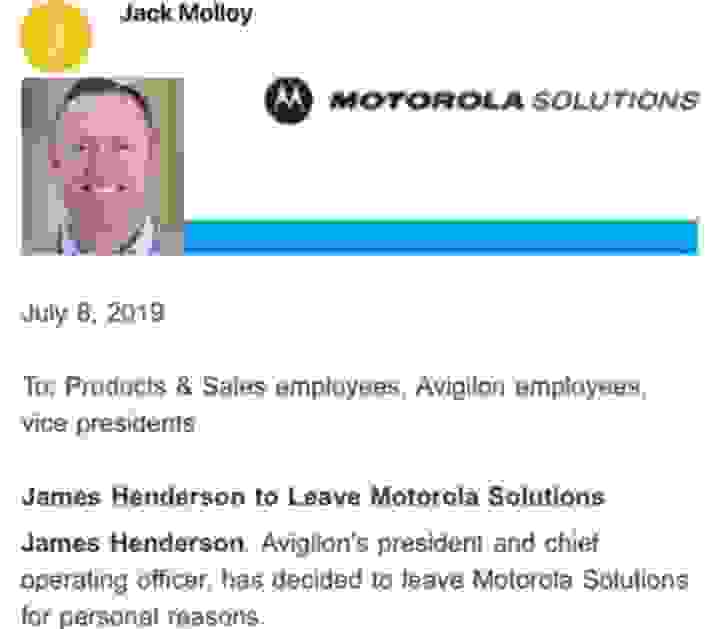 There is no explanation of what happened ('personal reasons' is a generic statement that may or may not be true) nor any details of who will replace Henderson, only a reference to a future announcement:

Minimally, it is not clear who is in charge of Avigilon today, save for Motorola's Jack Molloy.

In less than 8 years, Henderson rose from a regional sales director to President of all of Avigilon, which, in this industry, is extremely rare. Below is an excerpt of his progression as he described on his LinkedIn page: 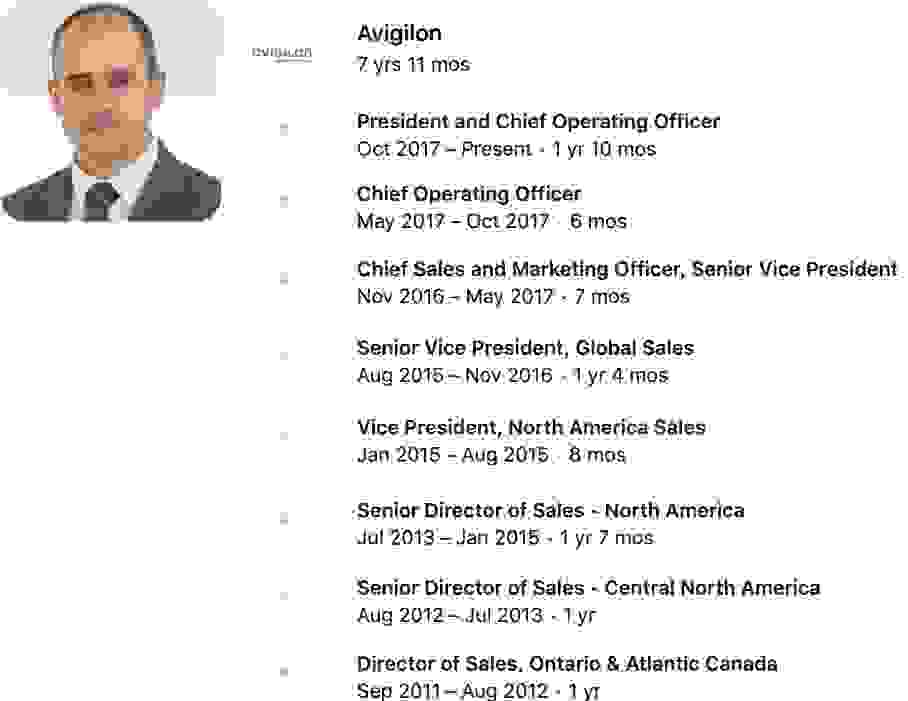 While it is hard to determine how much Henderson was responsible for Avigilon's maturity over the past few years, the company did mature over his tenure. Back in the early 2010s, the company was high flying but also wrecked with craziness like the CFO quitting the night before earnings and Avigilon's founder claiming he was sick. Henderson followed the Schmode era, which had its own drama.

In the past few years, those types of issues have effectively been eliminated and Henderson had been pushing Avigilon's much-praised moved to open up.

This did not seem to be expected from sources close to the company. Moreover, since Henderson had been at Avigilon for many years and had grown up through the ranks he had gained respect.

Since Avigilon's financials are no longer publicly reported, it is hard to determine how much that played a role. However, we are not aware of major sales or product issues that would drive this.

Minimally, Motorola has handled this poorly. The abrupt nature, the lack of any transition plan, and unclarity about why and, more importantly, what happens next is simply bad fundamentals.

Avigilon still has strong fundamentals on the product side and the overall macro environment. However, this move does add uncertainty and question how Motorola plans to handle Avigilon going forward.

In a new message, Molloy confirms Motorola execs taking over:

As a result of James Henderson’s departure, we will restructure our Video and Products organizations. John Kedzierski has been promoted to senior vice president and will lead our Video Security Solutions business, including Avigilon.

Favorite Camera Manufacturers 2020 on Jan 20, 2020
The past 2 years of US bans and sanctions have shaken the video surveillance...
The 2020 Video Surveillance Industry Guide on Dec 20, 2019
The 300-page, 2020 Video Surveillance Industry Guide covers the key events...
Acquisitions - Winners and Losers on Dec 10, 2019
Most major manufacturers have been acquired over the last decade. But which...
Motorola Acquires Watchguard, Adds to Vigilant And Avigilon on Jul 15, 2019
Two years ago, Motorola had no position nor relevancy to video surveillance....
Comments (55) : Subscribers only. Login. or Join.