A law firm hired by Hikvision concluded it did not "knowingly or intentionally" abuse human rights in Xinjiang. However, clear evidence shows that Hikvision knew as it directly built and operates five huge Xinjiang police projects.

Watch the video to learn more about Hikvision human rights abuses and the claim that they did not know or intend to do so:

Hikvision's excuse does not match reality, fitting into a larger pattern of misdirection and obfuscation.

Did Not "Knowingly Or Intentionally" Commit Abuses 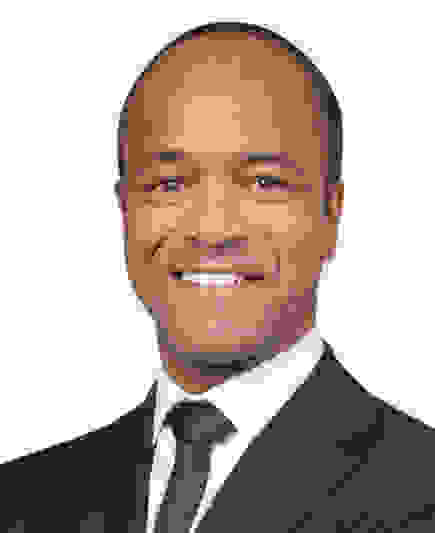 In May 2019, Hikvision hired Pierre-Richard Prosper, a former US State Department Ambassador for War Crimes Issues, to investigate its Xinjiang human rights compliance, specifically five huge police video surveillance projects it had won worth ~$293 million. At the time, the US was considering human rights sanctions against Hikvision (which were issued five months later.)

Arent Fox is the DC law and lobbying firm Prosper works for.

Neither Arent Fox nor Hikvision has released the report publicly. We repeatedly reached out to both organizations requesting comments and for the report to be publicly released. Hikvision declined to comment while Arent Fox did not respond.

Neither Hikvision nor Arent Fox has offered any public explanation of how this conclusion was reached or what evidence they have.

Evidence That Hikvision Did Know

However, Hikvision is well aware of what these police projects involved, since it was not simply Hikvision products being used. Rather, Hikvision was directly contracted to build and operate them for periods ranging from 11 to 21 years, per Hikvision's own financial disclosures: 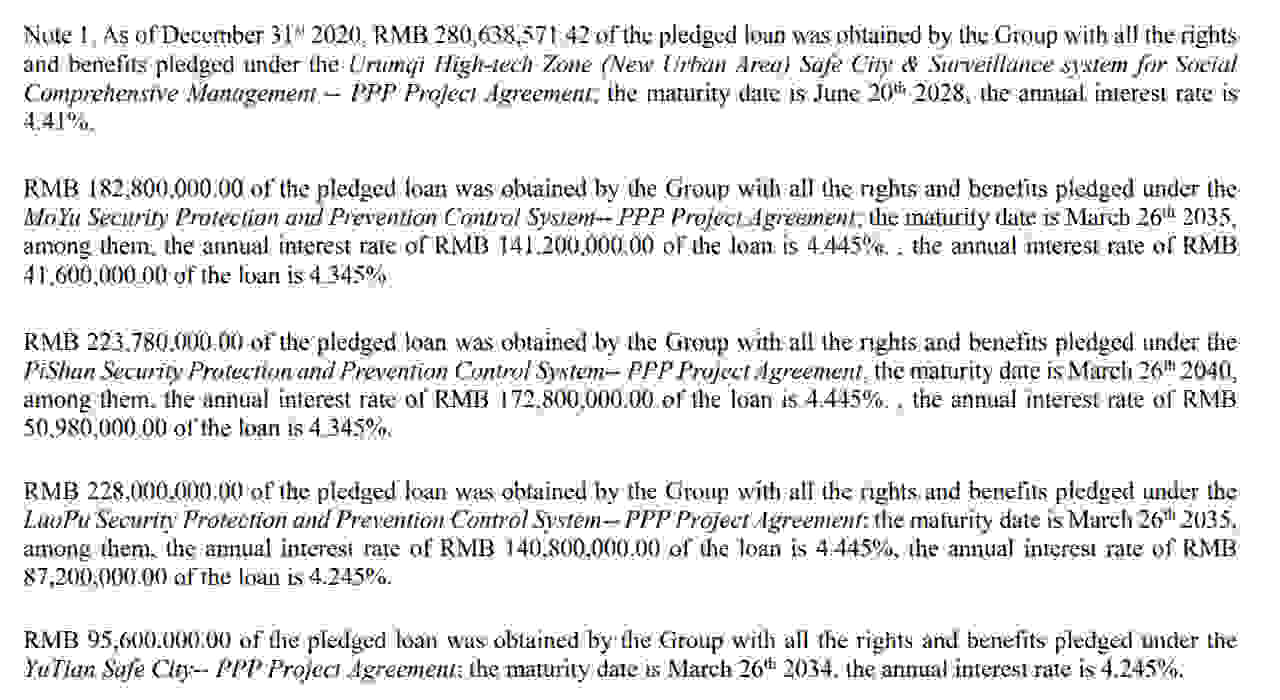 The tender for Hikvision's "Security Protection And Prevention Control System" in Pishan County mandates cameras in mosques and a re-education camp (a 'Transformation Through Education Center') while stating Hikvision will build for 1 year and operate for 20:

Another project's tender (for Moyu County) mandates facial recognition cameras at the entrances of 967 mosques in just one county, noting the area is 97% Uyghur with a "strong religious atmosphere" requiring "prevention and control". The same tender includes six panoramic cameras for a re-education camp. A third Hikvision police project also mandates video surveillance for mosques.

Last year, the Norwegian government's Council on Ethics determined Hikvision's human rights abuses are "ongoing" because it is "committed to operating and maintaining" these five projects for years:

The Council on Ethics advises Norway's trillion-dollar sovereign wealth fund. Based on this, it recommended divesting from Hikvision, which the fund said it had already done.

Other Abuses Beyond Police Projects

Beyond those five police projects, Hikvision touted a Uyghur-detecting AI camera and banned Uyghurs from applying to jobs at a Xinjiang paramilitary base. Hikvision's Xinjiang branch also put out a video of an employee boasting that human rights sanctions boosted orders. The BBC even filmed a Hikvision camera at yet another re-education camp:

Such excuses are commonplace for Hikvision.

When Hikvision was caught doing research with the PRC Army on improving the "lethality" of missiles using its video surveillance, Hikvision told the WSJ that this was done in the Hikvision employee's "personal capacity" - even though the study was published on Hikvision's own website and its author said he "represented Hikvision".

When Hikvision was caught marketing a Uyghur detecting camera', Hikvision told the BBC that the "details on its [own] website were incorrect" and had been "uploaded online without appropriate review". However, Hikvision previously admitted that it did conduct some form of minority recognition that it later canceled.

Likewise, Hikvision wants the public to believe that it simply did not know what was happening with its extensive direct installation and operation of these Xinjiang human rights abusing projects.

Hikvision USA Exhibiting At GSX 2022, ASIS Silent on May 25, 2022
Although NDAA banned, sanctioned, and declared a national security threat,...
Hikvision Dominant Provider of Xinjiang Command Centers on May 10, 2022
Hikvision is the dominant provider of Xinjiang regional "command centers",...
'Hikvision Cameras In My Concentration Camp Cell,' Says Victim on Apr 25, 2022
3 Hikvision cameras monitored a Xinjiang concentration camp survivor's every...
"Not Welcome in the UK": Hikvision Protested At London Roadshow on Apr 13, 2022
A recent Hikvision UK event was met by activists waiving signs that read "No...
Hikvision Objects To Xinjiang Answers, Claims "Commercially Sensitive Information" on Mar 24, 2022
After 8 months of refusing to answer questions from a top UK official about...
UK Commissioner Will Cancel Speech Unless Hikvision Answers On Xinjiang UPDATE: Cancels on Mar 17, 2022
Just days after declaring that buying Hikvision puts "money over values", the...
UK Camera Commissioner: Buying Dahua and Hikvision Puts 'Money Over Values' on Mar 14, 2022
The UK government's top surveillance official is warning authorities about...
"They Could Watch Everything We Did": Video Surveillance Against Uyghurs Inside And Outside The Camps on Feb 21, 2022
Surveillance against Uyghurs by PRC manufacturers has been a major emphasis...
Hikvision CSO Asks "How Can China Watch???" on Feb 16, 2022
Hikvision's CSO debated a Dutch politician who decried the country's...
Video Reveals Hikvision Cameras Surveilling Xinjiang Concentration Camps on Nov 29, 2021
A YouTube video of Xinjiang's detention camps shows numerous Hikvision...
Hikvision Requires Private Xinjiang Meeting With UK Camera Commissioner, Refused on Oct 28, 2021
Hikvision is requiring that a meeting on its Xinjiang operations with the UK...
Dahua's Largest UK Distributor Debates IPVM During PRC China Talk on Oct 13, 2021
Tim Duggan, Technical Director of the UK's largest Dahua distributor, Oprema,...
Hikvision Refuses UK Surveillance Camera Commissioner Inquiries On Human Rights Abuses on Aug 10, 2021
The UK's Surveillance Camera Commissioner wrote a letter to Hikvision...
Verkada: "Unethical Practices By Chinese Surveillance Companies Is Ubiquitous" on Jul 12, 2021
Who is more unethical? A company that makes ongoing false claims and sexually...
Nelly’s Discontinuing Hikvision on Jul 09, 2021
One of Hikvision's most vocal OEM partners, who in the past bragged about...

We asked Hikvision repeatedly about this Arent Fox report. We've been tracking it for 2 years. For example, here is us asking last year: 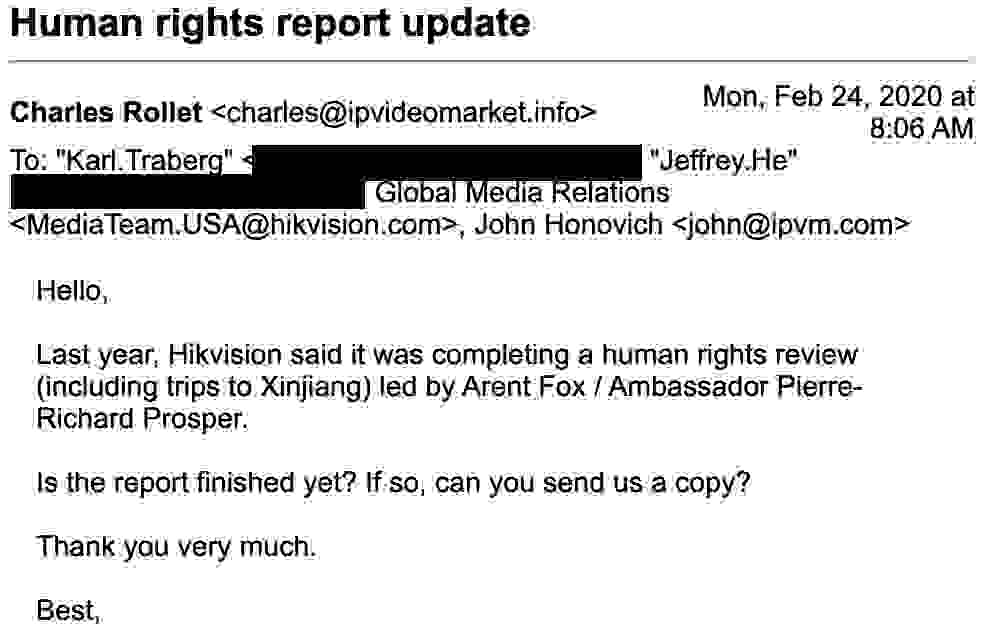 And, we asked over and over this year, including May and throughout this month.

Hikvision was able to gain goodwill in 2019 and 2020 because it marketed that it was doing this investigation and somehow taking this seriously.

But now that the report is complete, it is briefly mentioned in a filing and Hikvision will not publicly share the report or talk about it.

There's substantial evidence but Hikvision continues to refuse to publicly address it. We encourage them to do so, directly and without excuses. 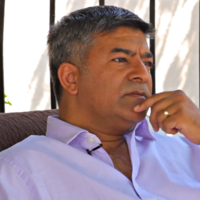 Thanks IPVN for tirelessly focusing on the subject of ethics.

I wonder what the price is to buy a person soul. Can you ask Mr. Prosper?

Oh, I think at his prices they're only renting it for a bit.

How do you not know your Uyghur profiling camera will be used to profile Uyghurs? Did 200 or so of the 10,000 engineers go rogue? It is like if the Google 20% rule was used to develop racial profiling rather than Gmail.

If you believe that hakvision did not know they were involved in human rights abuses then I have a couple of bridges I can sell you, they are going cheap.

Well there you have it; they just simply didn't know. John, have you actually, publicly, called them "liars" on your blog yet? If so, where, I want to see it? If not, I'll say I hate when people ( politicians are Masters at this - we let them slide all the time, why? Should we let hikvision slide? Why?) don't call others that are telling lies, liars. They find every other way around it without actually saying it. "Hikvision, you are liars on a grand scale. Dahua, you are liars on a grand scale. Every politician - you are liars on a grand scale". " We hate liars. But we all lie; not some of us, not most of us. All of us". What to do, what to do when every culture falls back to dirtbag daily telling of lies? Appearantly we accept it subjectively. Who gets to slide and who doesn't? ADT, are you telling lies? Panasonic, are you telling lies, Vivint, are you telling lies? How about sleepy Joe or camellllla? Trump? CNN? Fox? To what end? We have a world of dirtbag liars? maybe.