Hikvision's massive Xinjiang operations are growing, with the firm showcasing the China Communist Party Constitution and boasting how a customer told them "we support any business that is sanctioned by the US", IPVM has found.

Watch this 2-minute video for an overview: 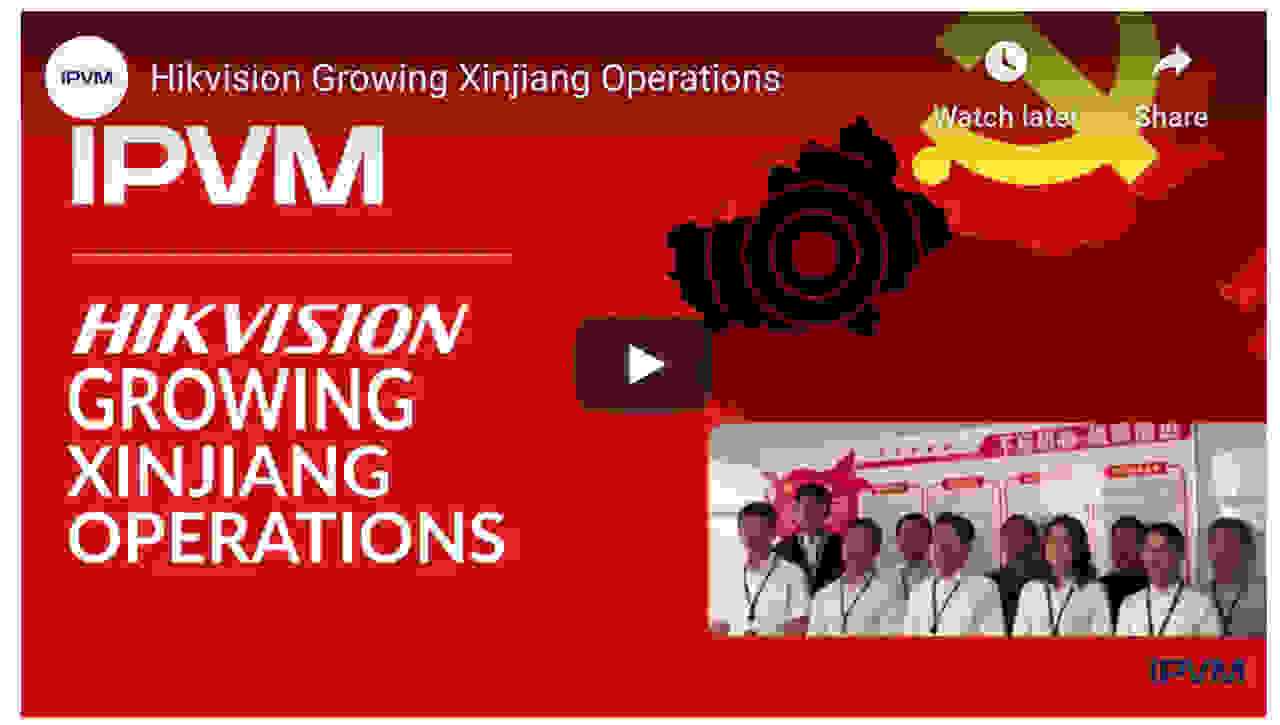 This contradicts Hikvision's pledge to take human rights concerns "very seriously" and even have a former UN ambassador review its Xinjiang operations. One and a half years later, the ambassador's investigation remains a secret while Hikvision Xinjiang is expanding.

Hikvision did not respond with comment to IPVM's questions but promptly deleted their video where a Xinjiang employee boasted that sanctions actually helped their sales.

Xinjiang is relatively sparsely populated with about 21 million people, comparable to Sri Lanka or Bukina Faso. Yet the Hikvision Xinjiang Business Center employed "about 500" people by the end of 2019, up from "about 450" in late 2018, according to its job ads. In March 2020 Hikvision Xinjiang issued a call for 10 new software engineers:

For comparison, Hikvision has less than half that amount in the entire USA and 2/3rds less in Europe.

Hikvision has offices in 8 Xinjiang locations: Urumqi (its headquarters) along with branches in Kashgar, Bazhou, Aksu, Hotan, Hami, Yili, and Karamay, according to this November 2019 ad, which notes that "other [Xinjiang prefectures have also set up branches".

Hikvision touted its many Xinjiang branches in this November 2019 video celebrating its 10 year anniversary, just weeks after the US government imposed sanctions over "human rights violations and abuses" there:

In the video, Hikvision Xinjiang employees at one unnamed branch can be seen standing in front of a Chinese Communist Party poster which details key parts of the CCP Constitution:

The main slogan on the poster is "不忘初心-砥砺前行", a saying coined by Xi Jinping in 2017 which instructs people to "keep your mission [as a Party member] firmly in mind". The CCP Constitution instructs, among other things, to "never betray the Party" and "carry out the Party's decisions".

Hikvision is a state-controlled company whose chairman Chen Zongnian is the Communist Party Secretary of Hikvision's parent company and delegate to the National People's Congress.

In another Hikvision Xinjiang video found by IPVM that was released in January 2020, a Hikvision Xinjiang employee says (at 2:49) that "the most memorable thing for [him] at Hikvision" is "when a customer told me: we support any business that is sanctioned by the US":

The fact that Hikvision chose to showcase this quote shows these are not just one employee's views, but those of the company itself.

In Hikvision's 2020 half-year report, the firm disclosed that it is financing around $145m worth of Xinjiang police video surveillance projects until various dates ranging from 2028 to 2040:

These are the same police projects IPVM originally identified in 2018 and which first earned the company scrutiny from US lawmakers.

In May 2019, when Hikvision was first threatened by the Trump administration with sanctions over its Xinjiang activities, the firm said it "takes these concerns very seriously" and had hired a former US ambassador to the UN to examine "human rights compliance":

In light of [concerns over Xinjiang], the company has already retained human rights expert and former U.S. ambassador Pierre-Richard Prosper to advise the company regarding human rights compliance.

However, Hikvision has kept this report and its conclusions secret. The latest update is from April 2020 when it said it had "recently received the draft version of Arent Fox’ s final report and is reviewing it" while it was "in process of implementing some of the recommendations provided, such as establishing a global Advisory Committee."

Hikvision Dominant Provider of Xinjiang Command Centers on May 10, 2022
Hikvision is the dominant provider of Xinjiang regional "command centers",...
'Hikvision Cameras In My Concentration Camp Cell,' Says Victim on Apr 25, 2022
3 Hikvision cameras monitored a Xinjiang concentration camp survivor's every...
Hikvision Objects To Xinjiang Answers, Claims "Commercially Sensitive Information" on Mar 24, 2022
After 8 months of refusing to answer questions from a top UK official about...
UK Commissioner Will Cancel Speech Unless Hikvision Answers On Xinjiang UPDATE: Cancels on Mar 17, 2022
Just days after declaring that buying Hikvision puts "money over values", the...
UK Grocer Facial Recognition With Hikvision Cameras, GDPR And Ethical Risks Examined on Jan 17, 2022
A UK grocery chain known for touting its ethical practices is running a live...
Video Reveals Hikvision Cameras Surveilling Xinjiang Concentration Camps on Nov 29, 2021
A YouTube video of Xinjiang's detention camps shows numerous Hikvision...
UK Government Declines Hikvision, Dahua Ban on Nov 16, 2021
The UK government has declined to support the Foreign Affairs Committee's...
Tiandy PRC China Surveillance Giant - Tiger Chairs, Uyghur Tracking And Party Loyalty on Jul 19, 2021
While Tiandy is mostly unknown outside of China (PRC), even within the...
Hikvision Did Not "Knowingly" Commit Human Rights Abuses, Despite Clear Evidence on Jun 29, 2021
A law firm hired by Hikvision concluded it did not "knowingly or...
Hikvision Alleges "Targeted" "Simply Because We Happen To Be Headquartered In China" on Jun 09, 2021
Hikvision alleges the US government is "targeting" them "simply because we...
Italian State News Investigates Hikvision on May 17, 2021
Italian state news investigated Hikvision in a high-profile TV broadcast,...
Dahua Holds Xi Jinping Study Session, Then Hides on Apr 16, 2021
Just last month, Dahua employees held a meeting to "thoroughly study and...
UK Warns Against China Security Tech on Mar 30, 2021
The UK Government has warned against PRC technology, citing Xinjiang and...
Billion Dollar Scandinavian Security Firm Avarn Drops Hikvision Over Human Rights on Mar 02, 2021
Avarn Security, one of Scandinavia's largest security providers with ~16,000...
Hikvision Faces Human Rights Abuse Criticism In Canada, Denmark, UK, EU on Jan 07, 2021
Hikvision is facing growing criticism over its human rights abuse record from...
Most Disrespected Manufacturers on Dec 01, 2020
200 integrators told IPVM which manufacturers they most disrespect and...

I'm interested in how many threats IPVM has received from Hikvision or it's surrogates? Your reporting is very damaging to their reputation (rightly so) and they tend to get very aggressive towards those who disagree with both their operations and business plan. I would be interested to know if you've received any threatening responses in the past.

NOTICE: This comment has been moved to its own discussion: How Many Threats Have IPVM Received From Hikvision Or Its Surrogates? 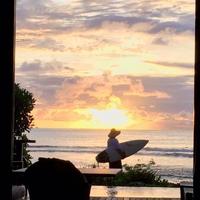 Has IPVM reached out to Pierre, above, for comment?

We did not, but I have just emailed him and Arent Fox this article asking for an update regarding the Hikvision compliance review and/or any response to our piece. If they respond, we will update.

Update: I emailed Prosper and Arent Fox two weeks ago but still no response. I have reached out to them for previous articles but they have never responded to IPVM (so far).

Ive been a big fan of Hikvision's products, performance, integration, and low cost for some time. This has largely caused me to overlook their activity as an active participant in the Xinjiang camps. Though not quite up to the moral questions around using research from the "medical experiments" conducted in the Nazi concentration camps, it certainly has parallels.

One of my key customers chose Honeywell's new NDAA compliant line for a major installation over Hik, so it seems the market is starting to move away from Hik. 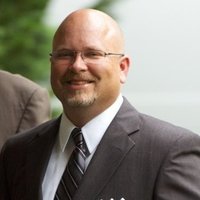 Prediction: Months from now we'll be talking about how HIK is bouncing back after a Biden administration eases sanctions and welcomes China and the US to the NWO, and embraces the China 2025 initiative. Every effort to isolate China for human rights abuses will disappear. Stand by, trunk slammers, your time is coming.

UPDATE: In an October 2020 response to a UK Parliament committee, Hikvision UK said Hikvision's Xinjiang branch "employs more than 300 people". This contradicts the latest figures we found for this article, which showed Hikvision Xinjiang employed "about 500" people by the end of 2019, up from "about 450" in late 2018, according to Hikvision's own job ads. Hikvision told IPVM "The job ads didn’t include the updated employee number". IPVM asked Hikvision whether the Hikvision Xinjiang branch had somehow seen a substantial staff reduction from ~500 to ~300 - on this, Hikvision declined to comment.