US intelligence officials shared classified evidence with key lawmakers on national security threats posed by Hikvision to marshal support for the NDAA ban, and the Secure Equipment Act. IPVM spoke to 3 individuals with knowledge of these briefings. 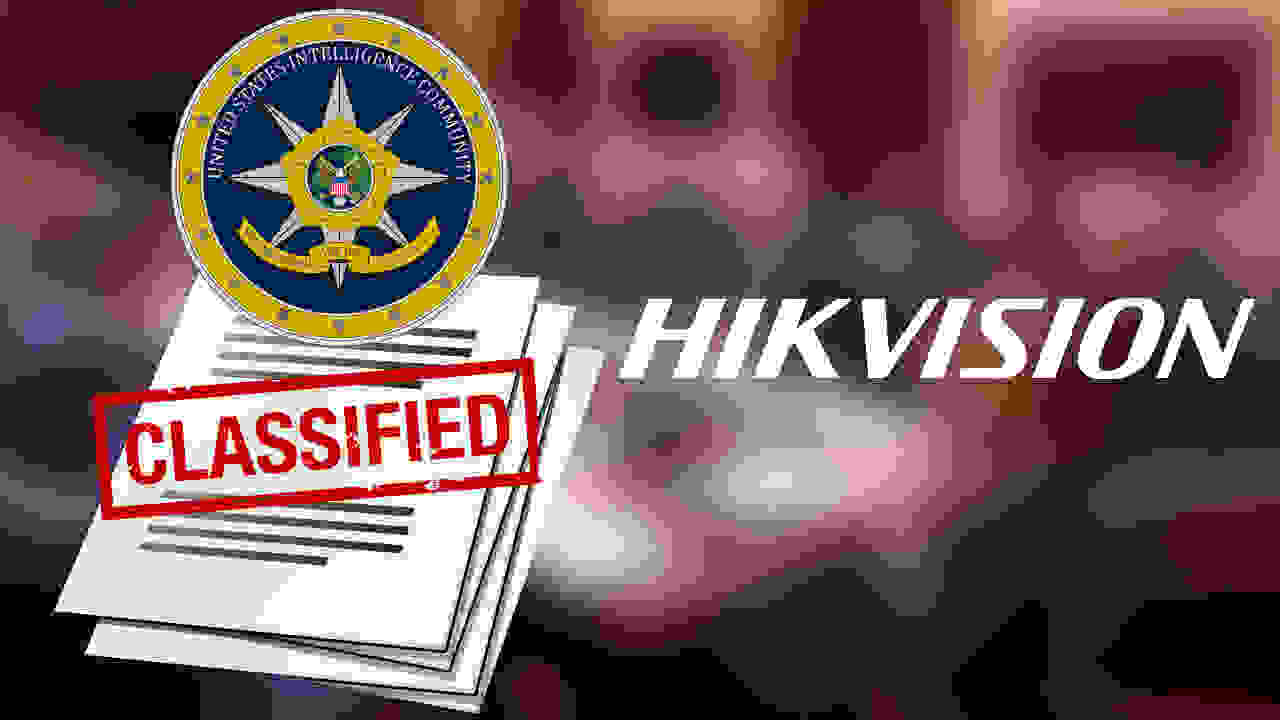 Since 2018, the federal government has applied increasing restrictions on the US operations of Hikvision, Huawei, and many other PRC tech companies, citing cyber/national security concerns. Three independent sources - one White House staffer, and two Congressional staffers - told IPVM that intelligence officials advocated behind the scenes for these measures by sharing classified evidence in briefings with lawmakers.

All three sources spoke on the condition of anonymity and said the briefings provided evidence of the companies' ties to PRC leadership, and how their products enable espionage and cyberattacks. One source, who works for a member of congress, said the evidence was "very damning."

Dissemination of classified information helps explain the unusual lack of opposition to restrictions in Congress despite several factors working in the PRC firms' favor. With no (public) smoking gun that specifically incriminated Hikvision or Huawei in espionage or hacking, it should have been possible to win support.

Many US businesses have allied with Hikvision and Huawei in publicly advocating against restrictions. There was partisan division over anti-PRC measures introduced during the Trump Administration, growing concern over anti-China sentiment during the pandemic, and many who might oppose on free market principles. Hikvision and Huawei appear to have recognized these conditions, together spending $24.2 million USD on DC lobbying since 2018.

In the end, the enormous lobbying spend and opportunities to create opposition had no perceptible impact; to the contrary, support for restrictions was oddly uniform. The Secure Equipment Act went on to pass with 100% support in the Senate, and 99% in the House. The NDAA ban similarly saw little opposition, and the FCC Commissioners have unanimously supported their ban, though a final vote is still pending.

Declassifying this evidence would be of significant benefit to the public, given continuing debate in the security industry and internationally over whether Hikvision poses a material threat. Hikvision claims it was targeted "simply because we happen to be headquartered in China," while many in the industry have not taken the NDAA ban seriously.

By releasing "damning" evidence, the government could put this debate to bed and increase compliance. The US government's success in the lead up to the Russian invasion of Ukraine shows how greater transparency regarding classified intelligence can be strategically useful.

However, declassification in the near future is highly unlikely. To do so requires either a Presidential directive, or a fairly senior individual to champion declassification through a complex bureaucratic process. Despite success with Ukraine, the intelligence community remains generally opposed to declassifying information, and any information on Hikvision or Huawei will likely remain classified for several decades.

In light of our knowledge of the government briefings, it was not a surprise to IPVM that, while a "final decision has not been taken," the Financial Times is reporting that the US government is planning to impose "hard-hitting" sanctions against Hikvision.

The US has been briefing its allies about the move, the FT reported, pointing out that harsh Magnitsky human rights sanctions, which freeze all a company's US assets and ban any transactions with US entities, could be used. This would end Hikvision USA's operations and possibly deal a devastating blow to Hikvision's ~$3.3 billion overseas sales.

Crucially, the FT reported that it would be "the first time the US has imposed such sanctions on a big Chinese technology group." This means any global users of Hikvision "would risk violating US sanctions".

Two people familiar with the situation told the FT the administration had started briefing allies on its intentions because any measures would have ramifications for the more than 180 countries that use the company’s cameras.

The FT pointed to the 2016 Global Magnitsky Act, which allows the US Treasury Department to add entities to the Specially Designated National (SDN) list if they commit "gross violations of internationally recognized human rights", leading to "their "US] assets are blocked and U.S. persons are generally prohibited from dealing with them".

As IPVM has reported, consequences of Magnitsky sanctions under the 2018 expansion order signed by President Trump are severe, and would permanently end Hikvision USA's presence:

This would shut Hikvision out of the US market, as the expanded order declares:

(a) the making of any contribution or provision of funds, goods, or services by, to, or for the benefit of any person whose property and interests in property are blocked pursuant to this order; and

(b) the receipt of any contribution or provision of funds, goods, or services from any such person.

Unprecedented For Such A Large Company

Hikvision is a multinational company with 42,000 employees and ~3.3 billion in overseas sales last year, making up 27% of their total revenue, with the rest being domestic within China PRC.

For the US to add a PRC business of this size to the SDN List is unprecedented. For example, Huawei has not been added to the SDN list. Typical listed entities include Myanmar generals, Balkan war criminals, Russian oligarchs and officials, and numerous related shell companies.

IPVM contacted Hikvision for comment on these issues. If/when we receive a response, we will update this report.