In this note, we examine what these sanctions could entail, why this is being pursued, and the potential impact to the industry.

Xinjiang is a huge region in the PRC's far west which has a large Muslim population, chiefly members of the Turkic ethnic minority known as Uyghurs. Over the last year, the Chinese government has been accused of committing gross human rights abuses against Uyghurs and other Muslims.

This includes allegedly detaining up to 1 million civilians in “re-education” camps, according to the UN Committee on the Elimination of Racial Discrimination and setting up a massive, intrusive surveillance state including mandatory facial recognition at gas stations, markets, and mosques. Here is an online summary of the alleged abuses and a BBC video embedded below:

While terrorism in Xinjiang is a real problem, many argue the authorities’ response is vastly disproportionate. Xinjiang is home to a longstanding Uyghur movement for independence from China, which activists say Chinese authorities are keen to paint as Islamist terrorism.

For its part China denies violating human and religious freedom rights in Xinjiang, claiming those detained are in harmless “vocational schools.”

On August 29, 2018, 17 Congress members spearheaded by Senator Marco Rubio (R-FL) and Congressman Chris Smith (R-NJ) released a letter calling for the Treasury and State departments to impose Global Magnitsky sanctions against those involved in human rights abuses in Xinjiang:

Muslim ethnic minorities are being subjected to arbitrary detention, torture, egregious restrictions on religious practice and culture, and a digitized surveillance system so pervasive that every aspect of daily life is monitored.

Concluding with a call to sanctions referencing IPVM's report on Dahua and Hikvision's contracts:

We therefore urge the Departments of State and Treasury to swiftly act to sanction those individuals and entities complicit in and directing human rights violations... including Chinese companies like Hikvision and Dahua Technology that have profited greatly from the surge in security spending, reportedly winning upwards of $1.2 billion in government contracts for large scale surveillance projects. [emphasis added]

Hikvision And Dahua Impact From Sanctions

In effect, this would totally shut out Hikvision and Dahua from the US market, including buying these companies products, as the order declares:

(a) the making of any contribution or provision of funds, goods, or services by, to, or for the benefit of any person whose property and interests in property are blocked pursuant to this order; and

(b) the receipt of any contribution or provision of funds, goods, or services from any such person.

While the excerpt above says 'person', the order defines 'person' to include entities including corporations, noting:

(a) the term “person” means an individual or entity;

This would affect global supply chains too, since Hikvision and Dahua would no longer be able to buy components from US companies such as Ambarella chips or Techpoint HD-TVI chipsets or WD and Seagate hard drives, etc.

Finally, being under Magnitsky sanctions carries a serious threat to any company’s global image, particularly as it is associated with human rights abuses against Muslims, potentially impacting Hikvision/Dahua’s business in the Middle East or other Muslim areas.

Hikvision and Dahua are extensively involved in Xinjiang’s surveillance state, having won at least a dozen integrated surveillance projects in Xinjiang worth a total of $1.2 billion since 2016 (see Dahua and Hikvision Win Over $1 Billion In Government-Backed Projects In Xinjiang). 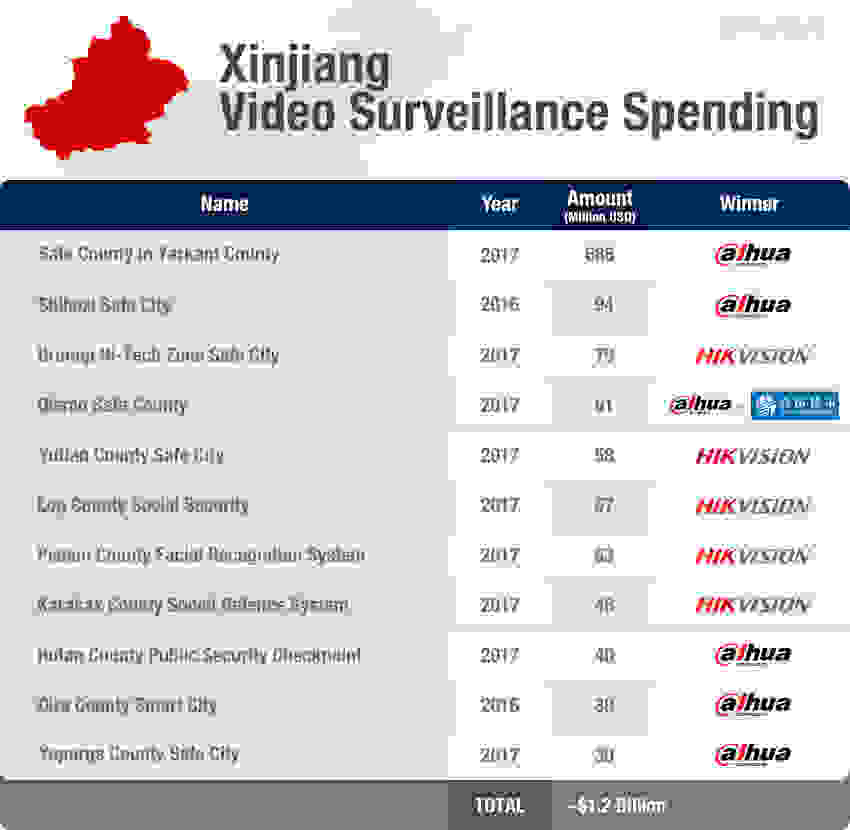 The size, scale, and sophistication of these surveillance projects have raised concerns that Hikvision and Dahua are actively assisting Chinese authorities' efforts to monitor millions of innocent civilians while flagging many for indefinite detention.

Update: Dahua and Hikvision are winning these contracts directly from the Chinese government and are not, as is common in the West, simply having their products used by third-parties. For example, take this 2016 contract signing between a Xinjiang city and Dahua directly for ~$94 million USD: 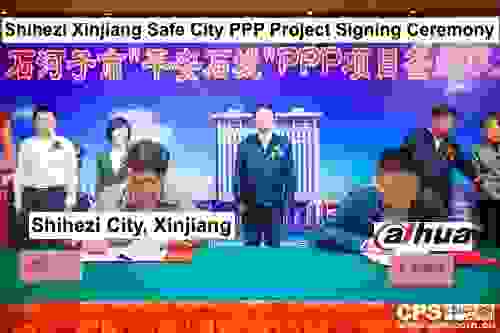 One contract won by Hikvision included a deal to supply cameras directly to a re-education center and set up facial recognition cameras at almost 1,000 mosques in a single county.

Hikvision and Dahua would have no way of knowing whether the US government will actually sanction them, as Section 7 of Executive Order 13818 states that “no prior notice” be given to sanctioned entities.

Law professor Julian Ku of Hostra University told IPVM the sanctions are an administrative, not a judicial, decision. Therefore, there is no democratic vote required to sanction a company nor an immediate appeal process.

The PRC has responded to the sanctions threat, with its foreign ministry spokeswoman saying [link no longer available]:

I would like to advise those US lawmakers, who are paid by taxpayers' money, to focus on doing their job and serving the Americans, instead of poking their noses in other countries' domestic affairs, acting as some kind of "human rights judge" to make groundless accusations, or even threatening to impose unreasonable sanctions.

The likelihood of sanctions is unclear. The letter was just submitted days ago, prior to the US holiday weekend. Whether it will be done in weeks, months or never is impossible to determine.

Most companies subject to Magnitsky sanctions are shell companies or obscure entities run by corrupt officials. Hikvision and Dahua are the world’s two large video surveillance firms and employ tens of thousands worldwide (though overwhelmingly inside of China).

However, international trade lawyer Douglas Jacobson told IPVM sanctions remain a realistic threat. He noted that the US government has established deeply harmful sanctions against large Chinese companies before, as happened when it sanctioned Chinese telecom giant ZTE in April, almost forcing it to shut down until the ban was reversed.

Jacobson added that the Trump Administration "could try to use this as leverage” in the ongoing US-China trade war.

No Comments From Dahua, Hikvision Nor SIA

IPVM requested comments from Dahua, Hikvision, and SIA but all our organizations declined to comment on the Congressional letter.

Given that the US government has already banned federal agencies from buying Hikvision and Dahua equipment and sanctioned numerous subsidiaries of Hikvision’s parent company, integrators and end users should tread carefully.