From the prestigious Massachusetts Institute of Technology (MIT), the MIT Technology review has picked a security industry company among its "Biggest Technology Failures of 2017". Making the list next to Juicero [link no longer available], the failed startup with an over-funded, over-priced, overly-complex machine that squeezed juice from a bag into a glass, is Knightscope, the robot startup that gained fame through an ongoing series of failures.

In this note we examine MIT's categorization of Knightscope, and what this means for both Knightscope and the security industry.

MIT calls out separate instances of Knightscope robots running over a toddler, drowning in a business park pond, and vandalized with barbecue sauce. They note that "humans don't really like them", a difficult challenge for the company to overcome without a major overhaul of the product, or business model.

Looks like they are chasing a border patrol project with the all-terrain K7.  I am sure drones are next on their list which would probably be their most marketable product. They claim to want to predict and deter crime in the long term... have they ever addressed their machine learning approach?  They have shown interest in outsourcing their analytics.

It is not necessary to have MIT's experts to make a very basic considerations, that every normal person would be able to do: every robot , and in particular a security robot, must have a very basic foundation skill, that is, it must be able to WALK, to go through stairs, steps and slight differences in elevation. If a robot does not have this basic capability, it is condemned to fail. 100% guaranteed.

Making the list next to Juicero, the failed startup with an over-funded, over-priced, overly-complex machine that squeezed juice from a bag into a glass, is Knightscope, the robot startup that gained fame through an ongoing series of failures.

Though the hybrid J7 juicer is in high demand on the country club circuit... 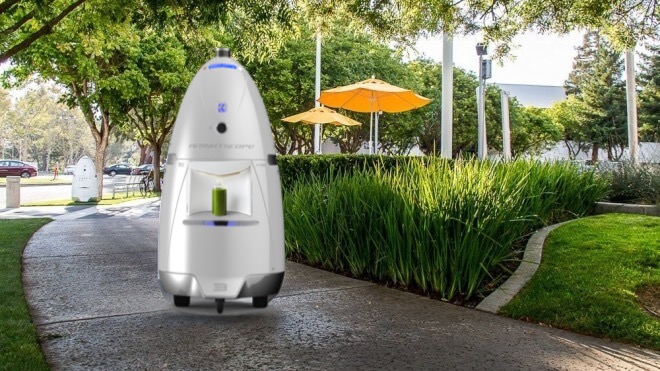 That is funny, but has some truth to it in the sense that it could be better for mobile robots of this class to first be deployed as "helpers" rather than "guards". I think that for a large segment of the population the idea of robot guards has draconian Big Brother undertones.

A robot patrolling the parking lot at the golf course, logging plates and looking for criminals is unsettling. That same robot replacing the drink cart on the course with on-demand service is a welcome sight.

"That same robot replacing the drink cart on the course with on-demand service is a welcome sight."

pardon the pun, but also you don't have to tip them.

That same robot replacing the drink cart on the course with on-demand service is a welcome sight.

Or even fill out a foursome if an undependable human cancels: 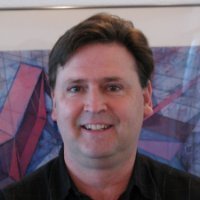 Interesting read Brian and you hit it on the nose regarding how Knightscope's negative PR is seen as causing issues for the entire robotic sector.   Also, I noticed they have a new slogan just this week, "SuperPower your Security Guards!"   It seems their blustery, "Replace your Security Guards" does not resonate well with end-users, security guards, or with their reseller partner guard companies that provide guard services...

Thomas, can you elaborate on what you are hearing from prospects regarding Knightscope negative PR? Do you see it causing obstacles for yourself?

I would say "obstacle" might be a tad too much at this point. (If they keep it up, that could very well change for the worse for all parties in 2018) But that said, their negative press comes up in nearly every one of our conversations with prospects or potential partners. So it is very real to some extent.

Just Google Knightscope, the shear number of negative stories is astounding and early adopters and innovators, essential to emerging market sales, can be influenced to some degree to that negative press in their decision making processes.

That same robot replacing the drink cart on the course with on-demand service is a welcome sight.

The first one is a server robot that can deliver food and drinks to customers at hotels and airport lounges. It can essentially replace the work done by the waitstaff and be able to do it around the clock.

I think these guys may wind up laughing to the bank one day.

Maybe a softer approach would have worked better.

Maybe putting the Robot in the mall as an assistant or guide would have warmed people up more. Hey Mr. Robot, where is the food court? Where is Zales? Hey Mr Robot, it's my 20th anniversary tomorrow, any suggestions?

Then people would have gotten used to seeing them.

Then started promoting the security features.

San Jose Airport has a section where kids can play with small robots.  I wish I had the image still

I have seen that kids area.... it's not a very large airport (though after walking to the shuttle to the rental car facility, you'd think it was 10x as large).

but SJC also has a "VIP" lounge (not airline affiliated) where you pay a fee and it's open bar all day.  I've seen participants rooting for their flight to be cancelled.

They were smart not to put robots in the VIP area....