Knightscope continues its hyper growth, at least when it comes to controversy, this time with a 'suicidal' robot in Washington DC. 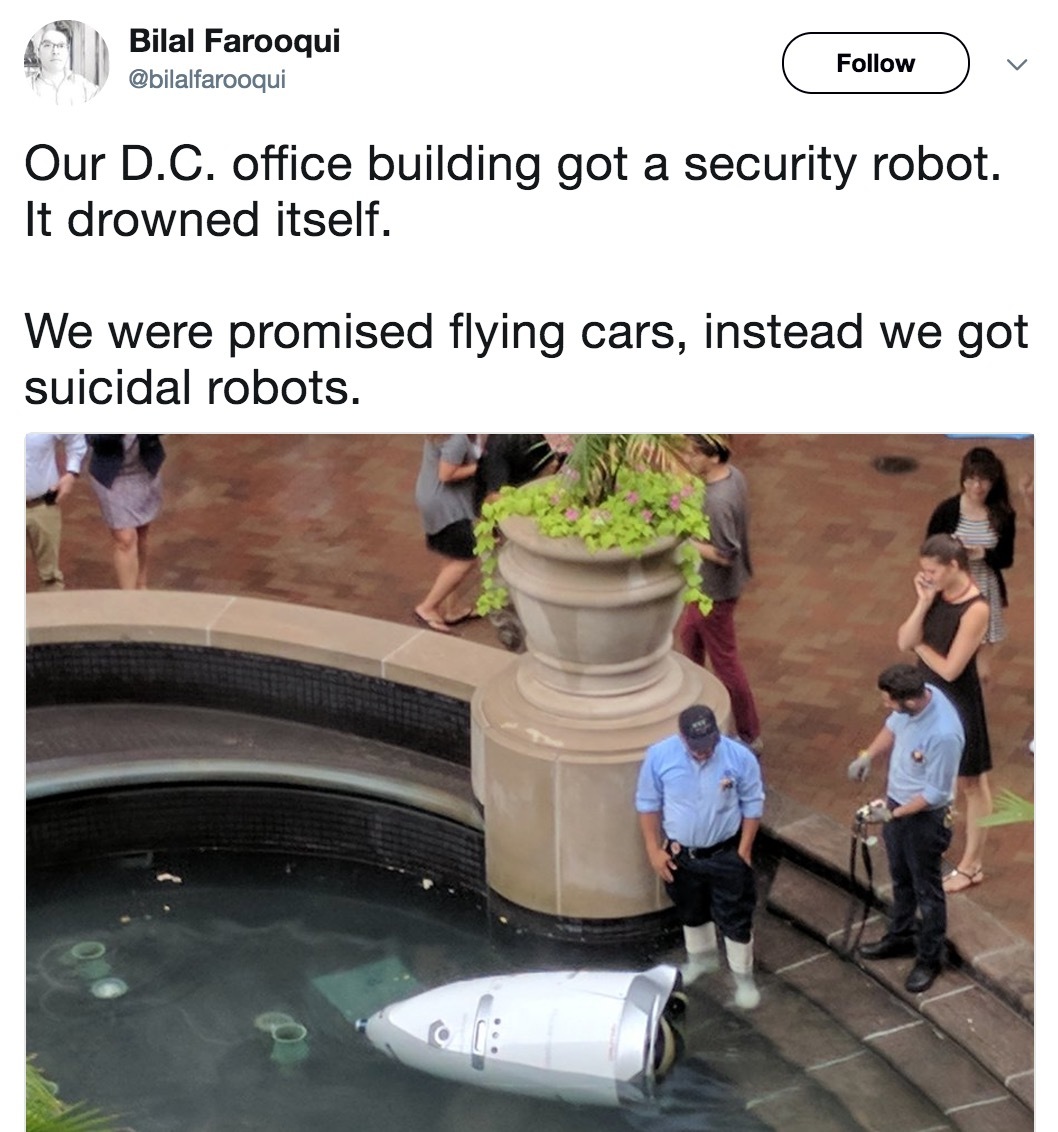 And here is another view of the Knightscope robot out of action: 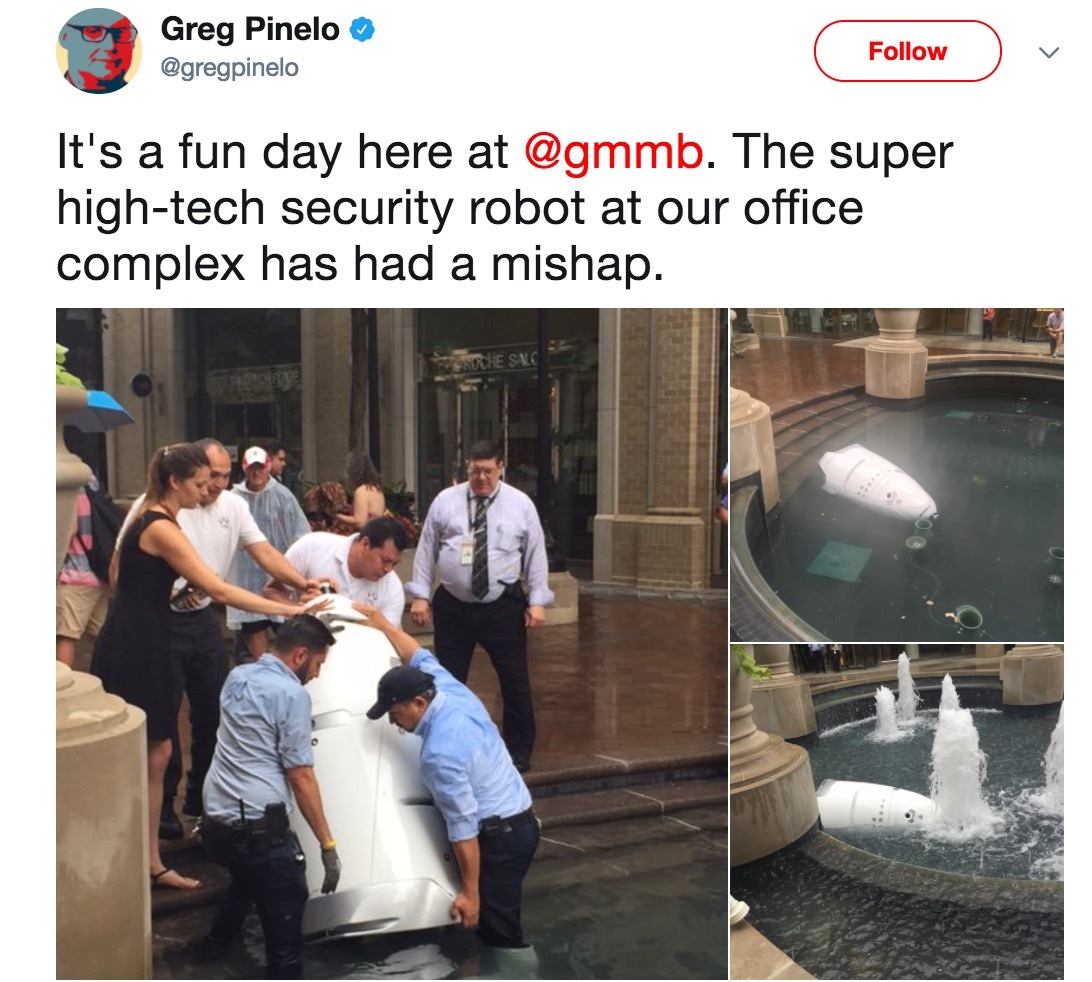 Ironically, Knightscope is right now selling shares for just $3 each to those daring enough to buy.

And as for the drowning robot, it is little surprise. Knightscope has been far too aggressive for the maturity of its technology and is bound to continue to have such public fiascos with its current approach. Unfortunately, Knightscope's marketing claims are too grand for its abilities:

But, one has to wonder, is all of this just part of their master publicity plan?

There are other security robots out there, e.g., see our profiles on Cobalt, NXT, SMP, Gamma2, and Sharp.

This robot was a new trial:

It will be interesting to see how this impacts their key partner, Allied Universal, who surely will not look good here.

This was "an isolated incident" and is being investigated.

"No people were harmed or involved in any way," he said. A new K5 is being dispatched to DC.

James Koch [link no longer available], Security Director at the Washington Harbour working for Allied Universal, has commented on the incident:

They should be able to work out this 'bug'. What remains to be seen is how much doing so either (1) increases the cost of the service (e.g., by requiring longer / more complicated on-site optimization) and/or (2) limits its functionalities by restricting where and how it can move.

Top Growing And Declining Companies (By Headcount) June 2022 on Jun 22, 2022
IPVM analyzed 405 physical security companies' headcount changes from January...
Video Surveillance Trends 101 on Dec 24, 2020
This report examines major industry factors and how they could impact video...
Failed Integrator Rollup, Securadyne Sells to Guard Giant Allied on Apr 10, 2019
One of the most ambitious integrator rollups of the decade has reached its...
The 2018 Surveillance Industry Guide on Jan 16, 2018
The 300 page, 2018 Video Surveillance Industry Guide, covering the key events...
MIT Biggest Failures: Knightscope Robots on Jan 02, 2018
From the prestigious Massachusetts Institute of Technology (MIT), the MIT...
Fired: Robot Buyers Risk Brand Damage on Dec 18, 2017
Fired. The robot definitely, and maybe the security buyer as well,...
Knightscope Rockets To $20 Million Funding on Oct 03, 2017
Knightscope is celebrating. 15 months after running over a child and 3...
Knightscope Raises $10 Million With $3,320 Average Per Investor on Aug 17, 2017
Congrats to Knightscope. And condolences to their legion of...
Security Robots Are Just Entertainment 2017 on Jul 21, 2017
Great entertainment, no real security value. That is the happy (or sad)...
Knightscope Laughs off Robot Drowning on Jul 18, 2017
A day after a Knightscope robot drowned, Knightscope has issued an 'official...
Comments (60) : Subscribers only. Login. or Join.