What Happened to the New Products?

Nothing major at all. Disappointing.

We'd love to be able to highlight big, novel, impactful moves, but this is the least we have ever seen. This is not a good sign for the industry.

IPVM has tons of coverage inside including:

53 minutes one end to the other:

See what is happening at 20 manufacturer booths IPVM members expressed the most interest in:

Though Derek refuses to get pepper sprayed, despite your votes, he did get 'virtually' ice bucket challenged: 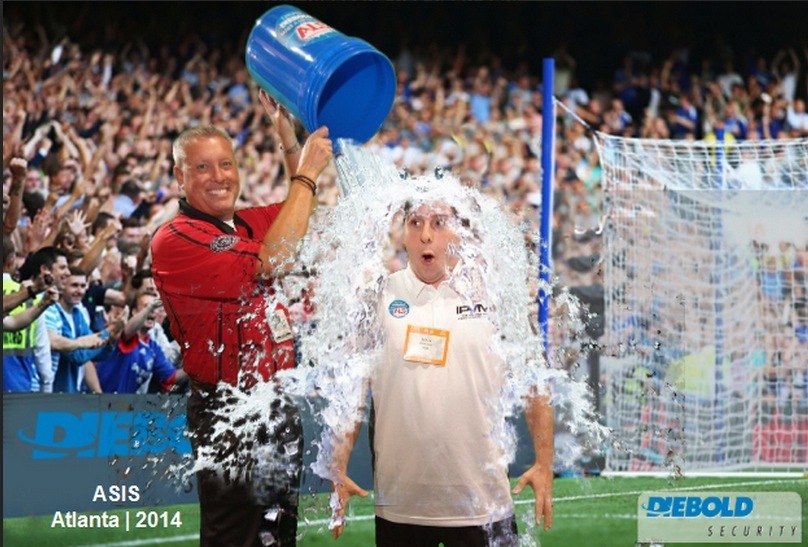 Though a member's preferred new technology, there is even less of a presence of H.265 at ASIS 2014 than previous shows. The one company, Aventura, promoting it last year has turned down the marketing for it: 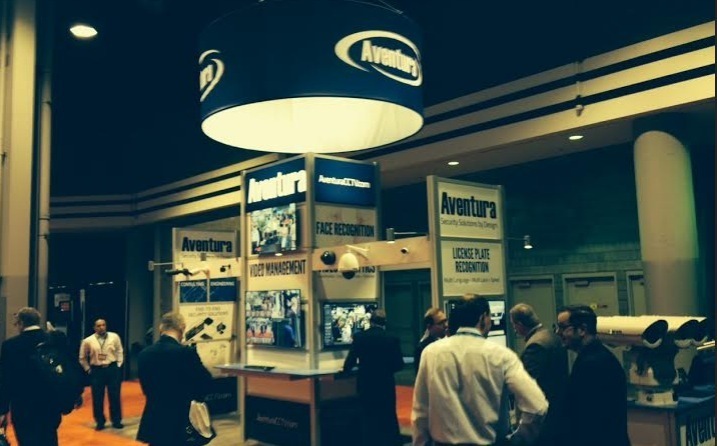 There's just one side panel highlight it at Aventura.

And no other manufacturer that we saw.

Don't miss the Milestone Hybrid Recorder With Integrated Encoder Card DVR. We don't believe they changed their brand name, but: 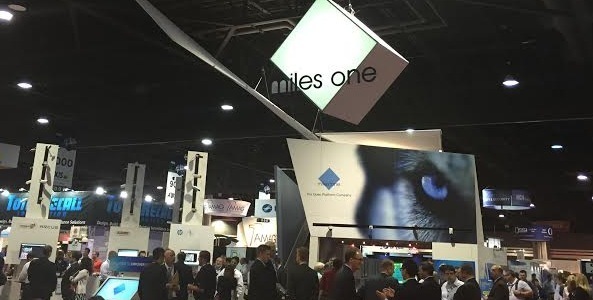 The Most Interesting Demo

Will a dog save your children from a gunmen? Debatable but it was a lively demo.

The exhibitor behind it was K2 Solutions [link no longer available], who trains dogs.

With a tiny booth at ASIS: 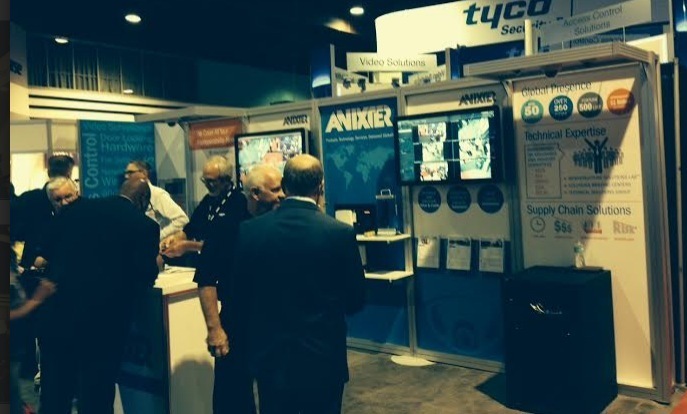 Of course, this makes sense since Anixter never sells to end users.

A member recently asked: Is There A Market For PSIM?

Here's an answer - mid day first day of the show: 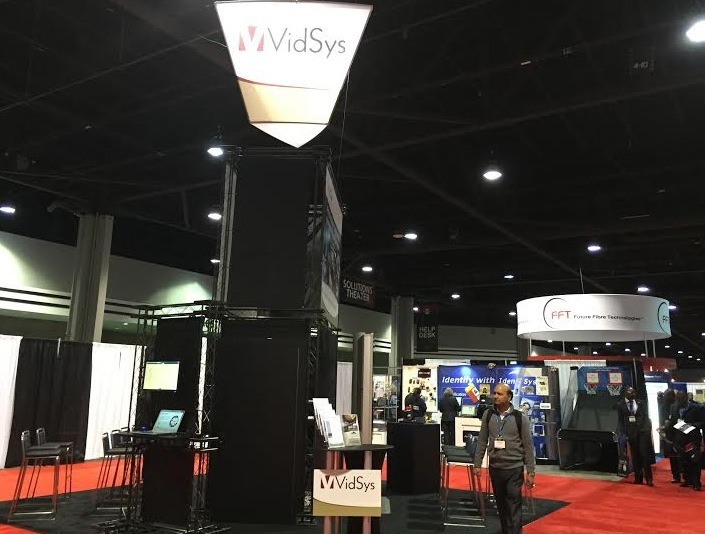 In fairness, we are surprised that Vidsys has lasted this long. 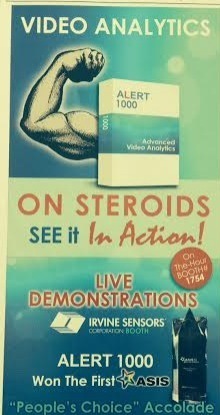 These are the guys who rigged won the People's Choice Award last year.

Walmart Has a Booth

Wal-Mart has a booth. They are primarily focused on recruiting candidates. Do you want to be Wal-Mart's go to surveillance guy? Stop by their booth. 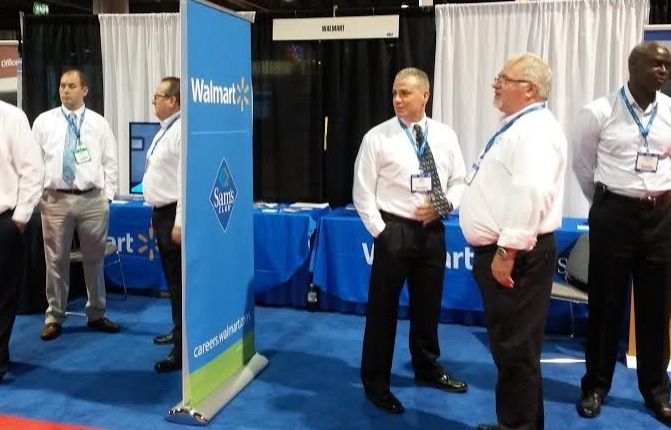 I cringe at the number of manufacturers who will cold call Wal-Mart at their booth. Don't tell them IPVM sent you. Please.

When your offering is a profitable commodity without differentiation, you lead with a circus act, like Protection One:

This is why Silicon Valley is licking its chops to take down the monitoring industry, e.g.,Simplisafe - The Startup Silicon Valley Bets Will Beat ADT.

Honeywell is a Caricature

The much anticipated Honeywell caricature setup is in full force:

Why? Who knows? This is Honeywell we are talking about.

Don't have the ASIS show app? Want to get alerts?

Here's what you get: 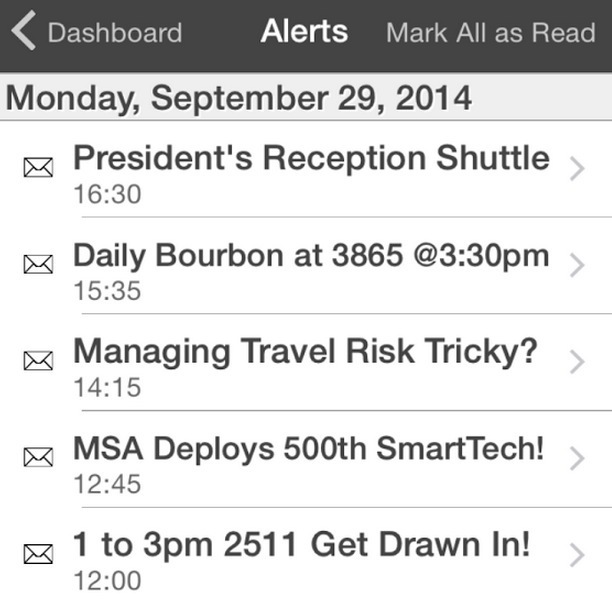 Vicon does not have a booth, so we are deprived of their magician.

But take heart, this exhibitor delivers:

The theme for ASIS 2014 is downsizing.

Sony is the poster boy for it with an amazingly small booth: 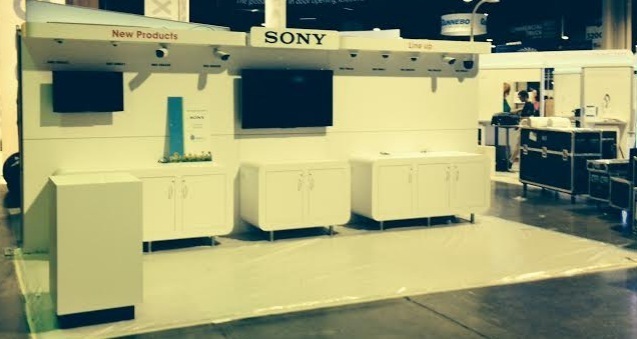 Of course, it does not take much space to show 4k camcorders in an outdoor housingand they have had their woes recently with the ouster of their GM.

In fairness, Sony has a booth 750% larger planned for ISC West 2015, which raises a related theme, the continuing shift in power from ASIS to ISC West.

And a number of well known companies are opting for 10 x 10 booths, like DVTel, Pivot3 and 3VR. For example, here's 3VR: 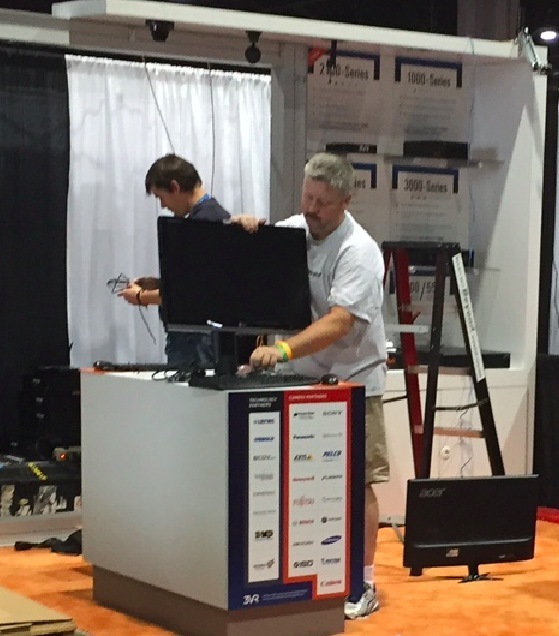 The same pattern of smaller booths for ASIS 2014 compared to ISC West 2015 was common.

Along with the smaller booths, comes an alarming amount of unsold exhibit space.

ASIS actually is putting meeting rooms on the show floor in that space, like so:

Plus, they have an incredible seven lounges, covering 4300 square feet, shown in their floor plan: 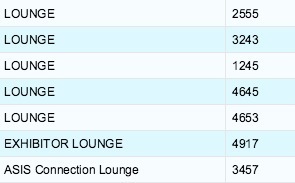 So many lounges clearly represent a failure to sell that floor space to real exhibitors.

We believe this reflects ASIS ongoing decline. Recall the poor showing at Philadelphia 2012, in particular.

Tyco and Allegion are the most aggressive advertisers at ASIS 2014, toping the list:

Tyco is a common trade show presence, with fairly subdued messaging including this stair ad: 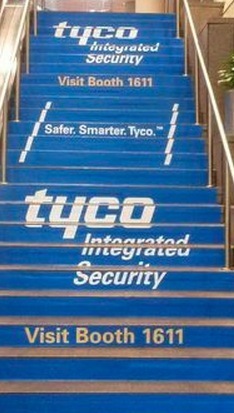 The big news for Tyco is their OEMing of Dahua, or as they call it, their new video surveillance line, Holis.

Allegion's name might not be recognizable, but they are the old IR Security group. Presumably, the marketing campaign is to get some brand / name awareness.

They are sponsoring the social media & technology bar, whatever that is: 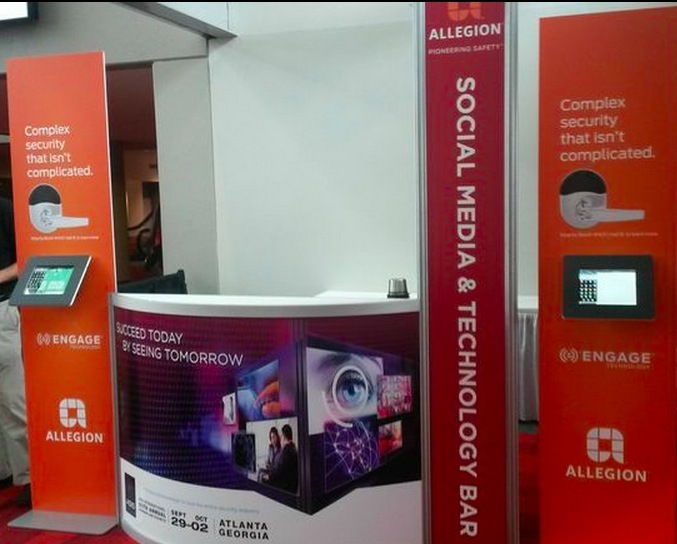 Their focus is on promoting Schlage with a series of advertisements, such as on the bus:

With meaningful new product releases missing (for almost everyone), Honeywell thinks it has the answers - caricatures. This could be you!

There's always next year to look forward to, if you can decipher the image / motto of that show: 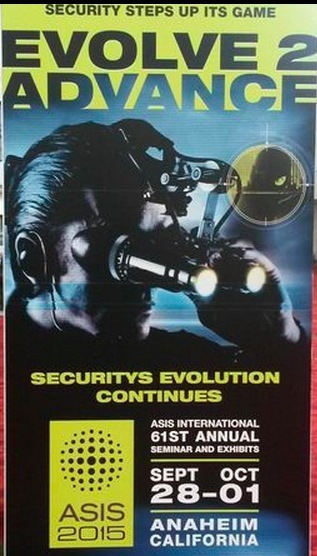 Winners Losers Fall 2014 on Oct 13, 2014
We are all losers, IPVM included. The historically poor new releases for...
Why is Avigilon's Stock Falling Like a Knife? on Oct 08, 2014
A week ago, a prominent Avigilon investor admitted, "Nobody wants to hold...
Comments (25) : Members only. Login. or Join.