How far have IP cameras come?

We bought and tested 4 cameras across the past 15 years to understand how much and where performance has improved.

For consistency across the long time frame, we bought these 4 Axis cameras: 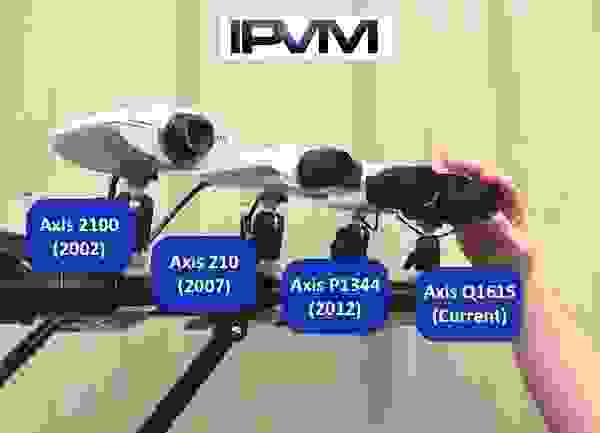 [Note: if there is interest, we can do other combinations, different manufacturers across time, etc. Leave ideas in the comments.]

We shot these 4 cameras out in full light, low light, and WDR scenes to see the differences in performance.

However, in anything other than well lit scenes, details of VGA models were poor, dim and/or noisy at night with extreme motion blur in the 2100 (with no exposure controls). The 1MP P1344 handled low light better, though still with more noise and fewer details than the Q1615. Additionally, even moderately bright backlight causing a drastic drop in details in WDR scenes in all cameras but the Q1615.

Finally, advances in CODECs, including smart codecs (e.g. Zipstream) are clearly demonstrated when comparing older, lower resolution models to the Q1615, which had far lower bitrates in this test, despite having the highest resolution.

First, we shot cameras outside on a bright but overcast day, without significant sun glare, to see how they performed in well lit scenes (shown here from the 2100). Cameras were set to match the field of view of the fixed lens 2100 (4mm lens, ~48° AoV). 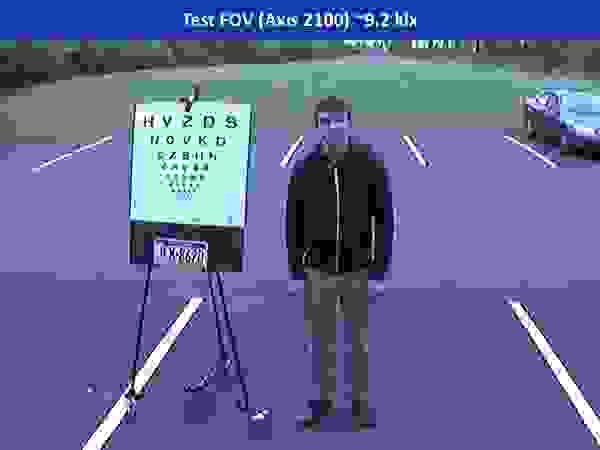 Despite their low resolution and dated imagers, the 15 year old 2100 and 10 year old 210 captured recognizable subject details in this scene due to high PPF levels. However, details were much more clear in higher resolution models. 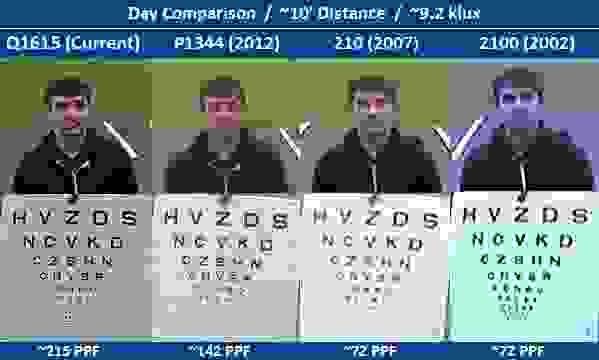 However, moving to only 20' distance, recognition becomes difficult in the VGA models, with only 2 lines of text legible in the 210 and only the top line in the 2100. 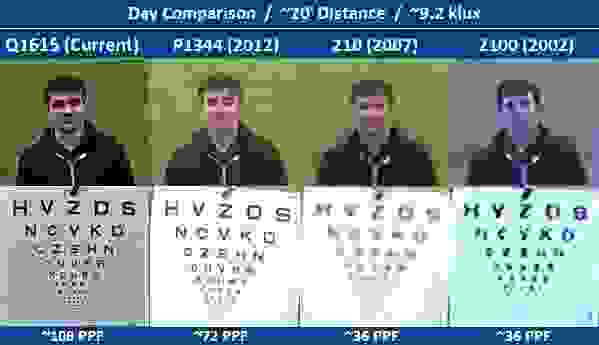 At 40' distance, only the Q1615 provides solid recognition details, with the subject's face more pixelated in the P1344. Both the 210 and 2100 provide detection only. 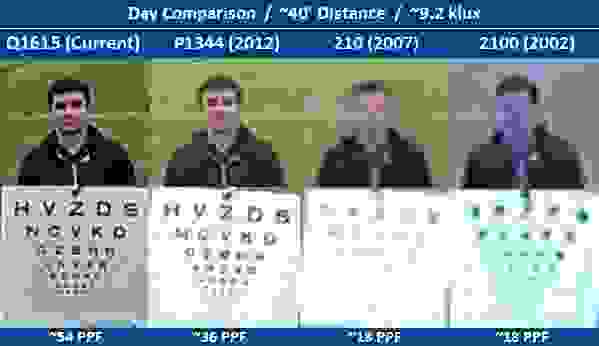 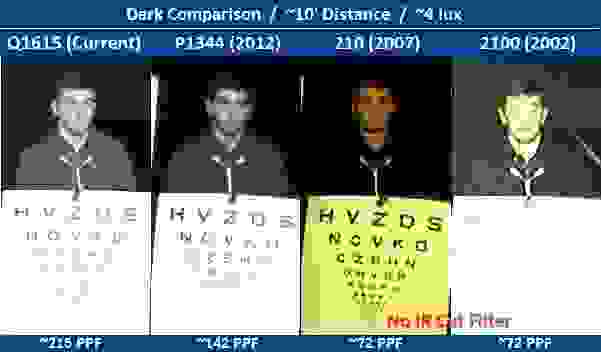 The 2100's bright images are due to long exposures, which are not controllable via its web interface. For example, this clip shows the camera in the same scene, with the subject walking across the FOV. Frames are dropped and the subject blurred across 5-6 feet, totally unrecognizable. No other cameras exhibited slow shutter blur.

Moving further from the cameras, differences become even more clear, with the Q1615 clearly displaying the subject while others provide few details. The 210 produces surprisingly clear images of the test chart to line 2, but no subject details. 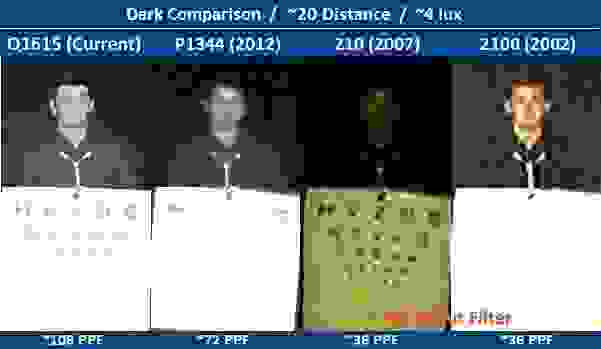 Finally, even further (~40'), the subject is nearly impossible to discern in the VGA models, while the P1344 provides detection and rough details. The Q1615 produces some facial detail and multiple legible lines of the test chart. 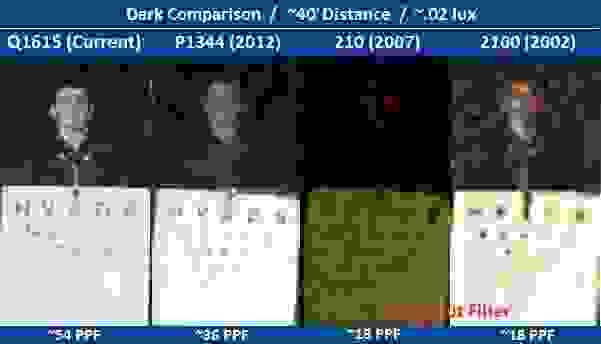 WDR performance on the 2100 and 210 was very poor, with subjects practically washed out with any backlight in the scene. The P1344 performed moderately better, with some facial details (with Dynamic Contrast on), though it still fails to adjust quickly as the door opens and closes and the subject moves through the scene.

The Axis 2100's bandwidth was by far the highest during the day, nearly 5 Mb/s, due to its use of MJPEG only. At night, its bandwidth dropped to 800 Kb/s, but so did its framerate, dropping to less than 1 FPS (seen above in slow shutter clip). Because of this, the chart below shows its extrapolated bitrate, ~8 Mb/s, to show a fair comparison against the other cameras which did not drop frames. 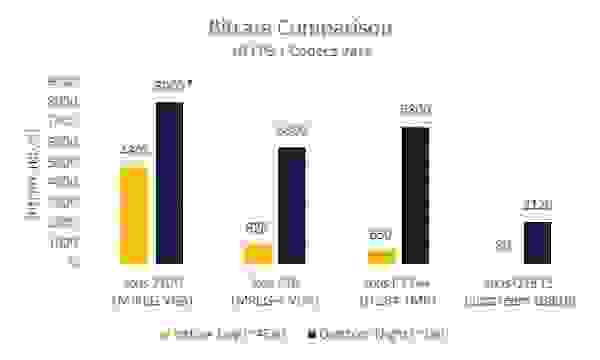 The following firmware versions were used in our tests. Note that firmware is still available for all cameras on Axis' website, except for the 2100.