US Government Purchases of Dahua and Hikvision Mapped

300+ different government organizations have purchased Dahua and Hikvision products since the NDAA went into effect in August 2019, according to data IPVM obtained through GovSpend and co-reported with TechCrunch. 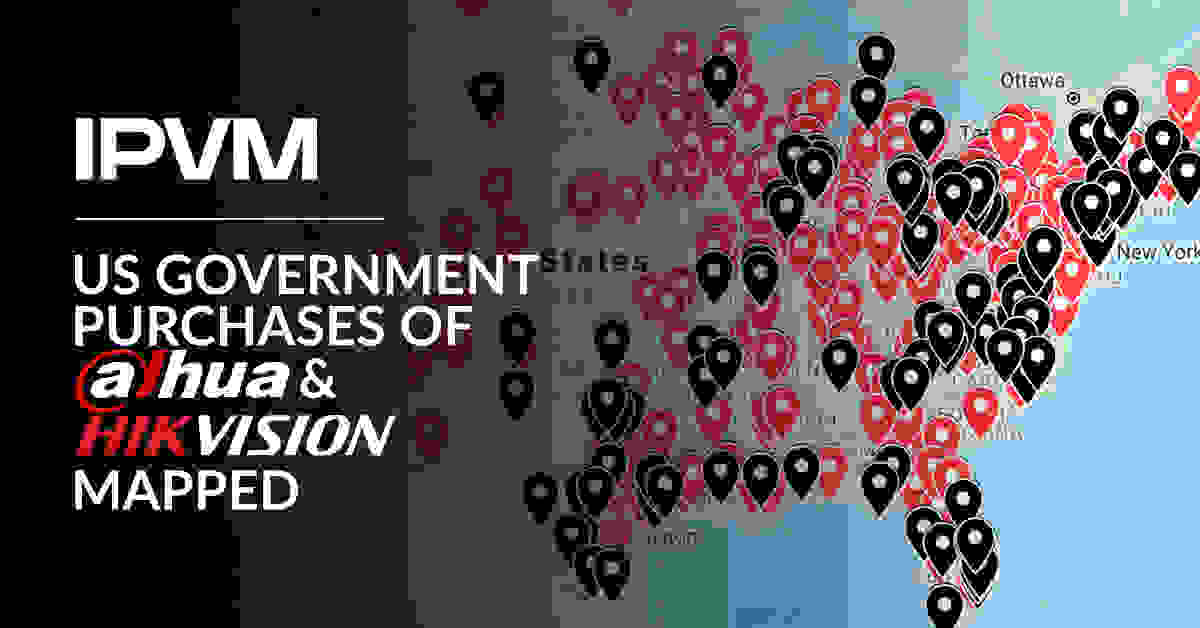 This shows how sellers profit from contracts with state and local governments despite the well-documented cybersecurity risks and human rights abuses of Hikvision and Dahua. 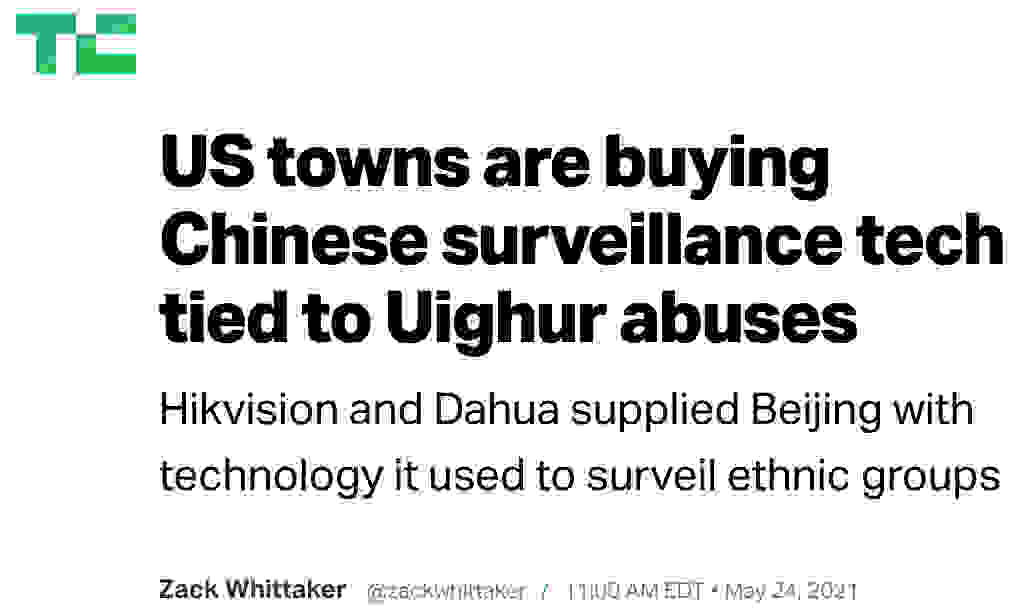 The below map overlays the reported local, state, and federal purchases of Hikvision and Dahua and demonstrates the breadth and depth of their use.

By clicking on a pin, details of the purchase will be displayed. For example, Fayette County purchased $490,000 Hikvision Thermal Cameras last August. (see: No Blackbody Mistake, Half Million Dollar, Hikvision Fever Camera System in Georgia) 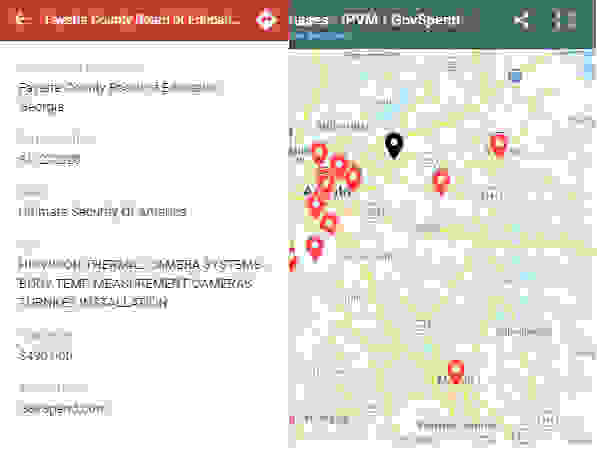 The data starts in January 2015 through current. However, there are limitations to the map: 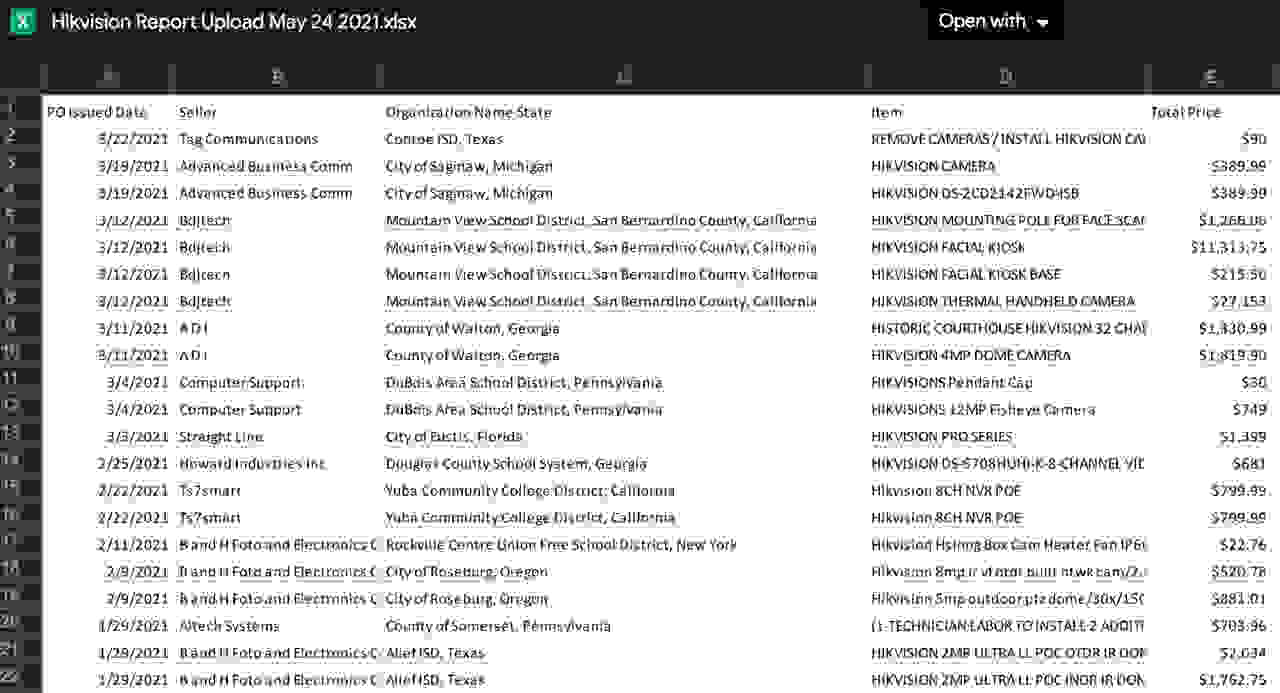 The information in the map uses data sourced from GovSpend, a service that aggregates and provides searchable government procurement data for customers. IPVM is a paying customer of GovSpend and received permission to use this data in the map.

In future reports, IPVM will expand coverage of government sales by displaying procurement data on other industry manufacturers.

Use Of Federal Funds At State And Local Levels

Despite cybersecurity and human rights concerns, it is legal for state and local governments to purchase Hikvision and Dahua unless it uses federal funds. In effect since August 13, 2020, the 'funding clause' is the NDAA's Prohibition on Loan And Grant Funds, which states the federal government "may not obligate or expend loan or grant funds" to "procure or obtain" any covered "equipment, services, or systems":

Senator Mark Warner of Virginia, who chairs the Senate Intelligence Committee, responded to TechCrunch's report, based on IPVM findings:

“No company from the People’s Republic of China is truly ‘independent.’ So, when these American entities buy this equipment, they should know that not only are they supporting companies facilitating repression in China, but that the data gathered via this surveillance gear can be shared with the Chinese Communist Party. For some time, I have been disturbed that American entities, including companies and universities have facilitated CCP’s surveillance and censorship activities in Xinjiang and beyond.”

“But this is only part of the problem. Americans should also be concerned about how the CCP is working to collect data of U.S. citizens through a variety of tactics. We need to educate Americans, including local government entities, on the risks of buying this type of equipment and its moral and security implications,”

The Security Industry, West Point, and Ethics on Jul 16, 2021
Attending the United States Military Academy at West Point you are taught...
Comments (35) : Subscribers only. Login. or Join.