The Alabama school district which spent $1 million on Hikvision fever cameras did so based on a false claim that the Hikvision system could take the temperature of 30 people per second, according to a school meeting video found by IPVM. 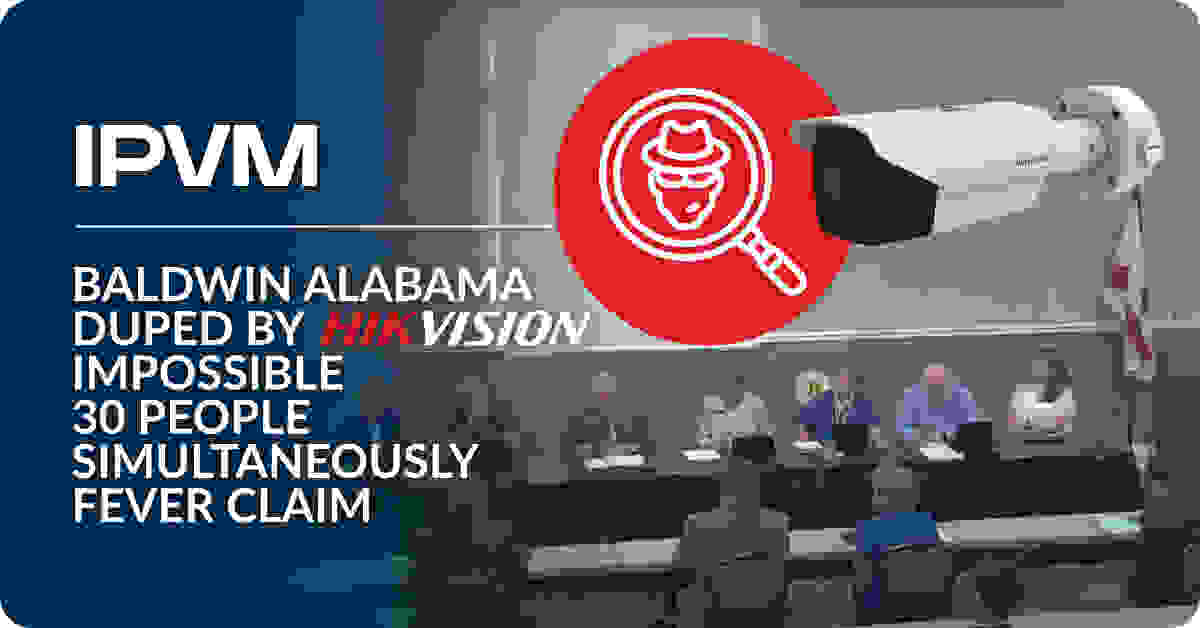 Screening so many people at once is physically impossible, IPVM testing and Hikvision's own demo shows. Moreover, The FDA and global IEC fever screening standards require people to be screened one at-a-time. The Alabama school districts says it relies on the local integrator that won the deal, Hunter Security, "to vet the technology".

This latest news shows how manufacturers' false marketing claims help them sell fever products, without regard to actual operational usage and public health.

Initial local media coverage of the deal stated "the cameras can take the temperature of 30 people each second." After IPVM pointed out this violated explicit FDA guidelines to "measure only one" person at a time, BCBE admitted it had no intention of following them.

At a June 9 BCBE board meeting, Superintendent Eddie Tyler touted an "amazing" demo of the Hikvision system showing the false 30 people per second claim, concluding this would be much easier than using handhelds to screen hundreds of students:

Below is the transcript of Superintendent Tyler's remarks:

one last thing, we had a demonstration yesterday on thermal cameras and it

was amazing. Some of the technology you can only imagine, to where a thermal camera can take the temperature in a second - every second - of 20, 30 [30] people moving into a building, they can identify their temperature right there, they can identify who it is. So we've got it, we're still trying to figure it out, naturally we can't just have, you know, say at Foley High School, 1650 kids with a thermal thermometer handheld and check their temperature every time they come in [emphasis added] 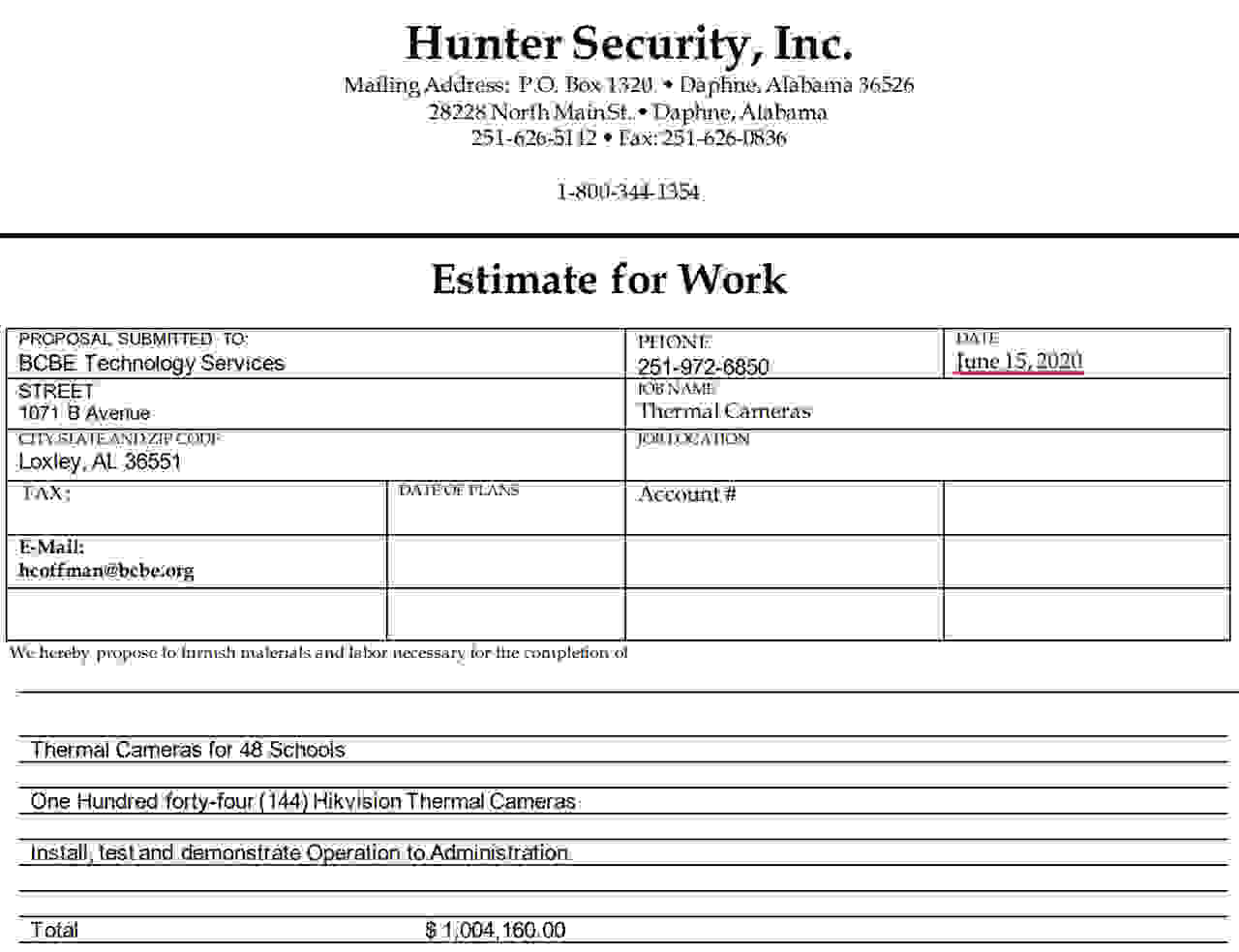 The 30 person claim comes directly from Hikvision, e.g., here is an example of a Hikvision datasheet claiming "simultaneous temperature screening" for "up to 30 people":

Screening so many people simultaneously is physically impossible, as Hikvision has ~6 foot wide Field of View for temperature screening, e.g., from our test: 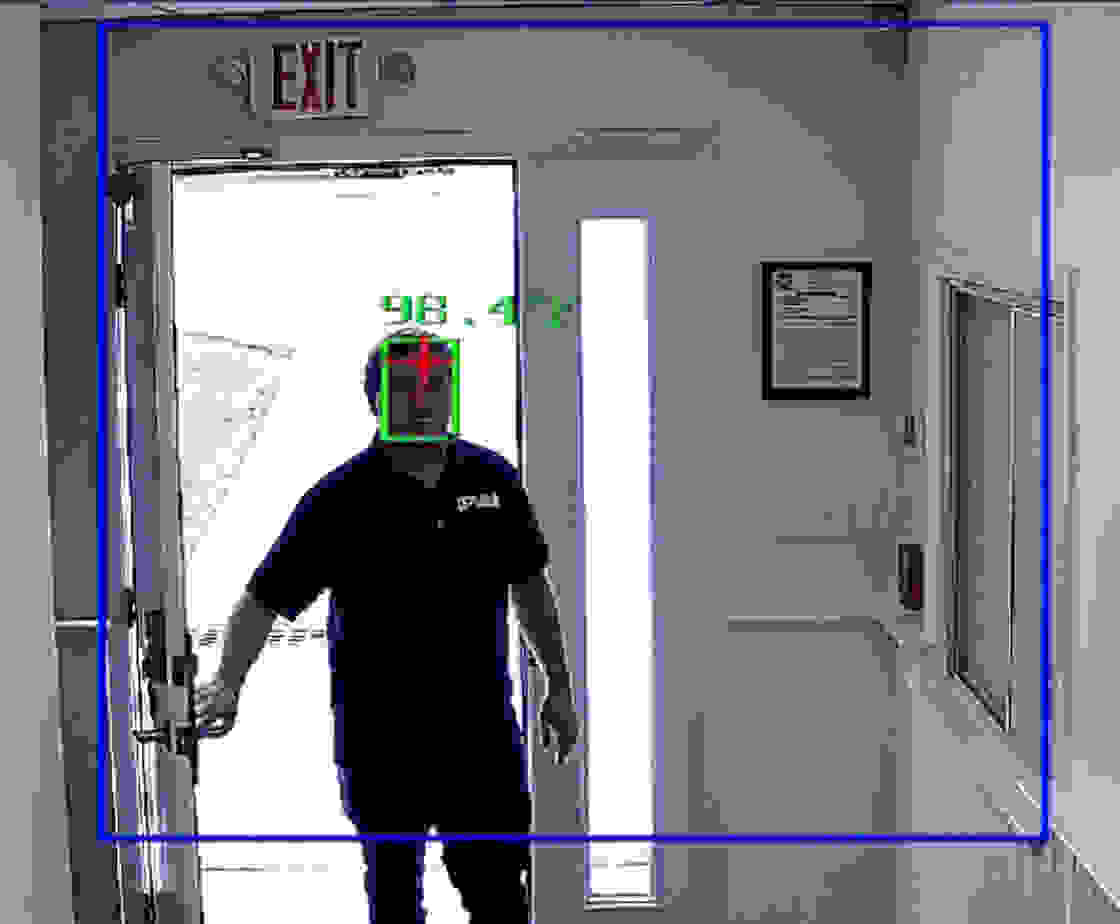 Even Hikvision's own marketing inadvertently shows the practical impossibility of screening 30 people per second, with the FoV of a tightly-packed and staged group only fitting 6 full faces plus 5 partially obscured ones (out of 14 people shown): 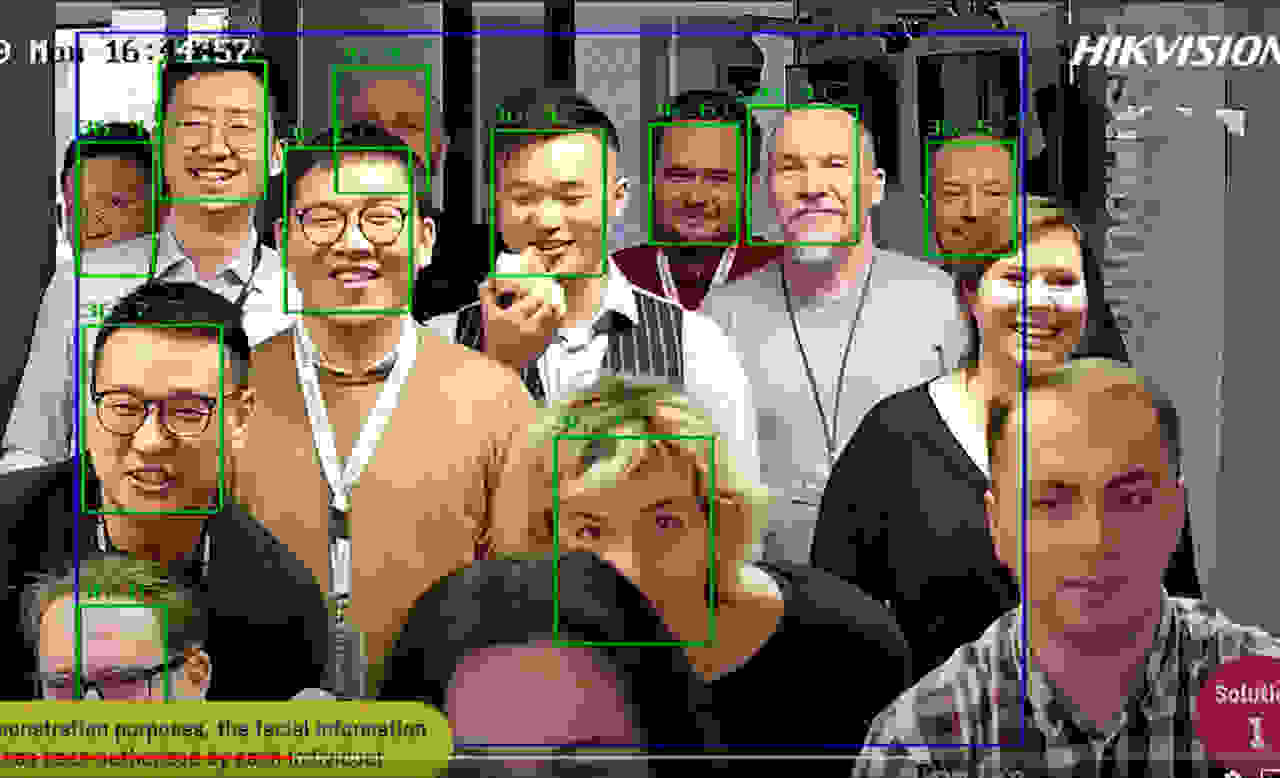 Hikvision's claims are part of a marketing race amongst fever camera manufacturers, e.g., Hikvision's main rival Dahua also claimed 30 people at a time in this April 2020 Dahua US brochure:

Many buyers - faced with a deadly pandemic and no experience with this technology -- trusted these vendors, viewing the more people they could measure simultaneously as a sign of product quality.

Now, facing FDA guidelines and public criticism, both Dahua and Hikvision have toned down these claims but the damage is done for buyers like Baldwin who depended on those false representations.

Simultaneous screening is explicitly not allowed by leading authorities on the subject due to its inaccuracy/unreliability:

District: "We Rely On Hunter Security To Vet The Technology"

The school district says it relies on Hunter Security "to vet the technology", per comments from Anthony Sampson, Director of Prevention & Support Services:

We rely on Hunter Security to vet the technology so that we can use the technology. The nurses have not given me any indication that they're being inundated with false readings or this reading or that reading, it's doing what it is designed to do [emphasis added]

This was confirmed by Superintendent Eddie Tyler himself who referred technical questions to Hunter Security:

right now we rely on Hunter Security, so that's a valid question, but right now there is no need for that, we feel comfortable with what we're doing and if all of a sudden it seems like it was just getting really sideways we would address it with Hunter Security, but right there everything seems to be good [emphasis added]

IPVM contacted both firms for this article, but we have received no response. If they do we will update.

As the FDA puts it, fever screening can work but only with "careful set-up and operation". Unfortunately, manufacturers like Hikvision (and Sunell, which also touts simultaneous screening) are ignoring such guidance in order to keep selling fever cams.

This strategy clearly has financial benefits, with Hikvision disclosing a record surge in overseas profit margin this half-year thanks to fever products. But it comes with significant risks for public health along with operational issues for integrators/end users.