Security research firm VDOO has discovered a critical vulnerability in Bosch IP cameras. Inside, we cover the available details of this new vulnerability, including:

Those interested should see our details on other vulnerabilities disclosed by VDOO, including:

This (IMO) from the linked report is valuable info:

Using certificate-based authentication makes it near impossible for unauthorized persons to exploit the device, even if exposed to the public internet. Thus, unlike the Hik magic string vulnerability where anyone with network access to the device could exploit it, you can effectively secure the Bosch camera without having to tinker with firewalls, VPNs, etc. Of course, this requires the client accessing the camera also support certificate-based authentication.

This appears to be an exploit of Bosch's RCP+ API, most likely some form of extra-long-string attack, as they mentioned buffer overflow, and not hard-coded credentials or API weaknesses that expose privileged information to attackers.

“This vulnerability was introduced in November 2016”. 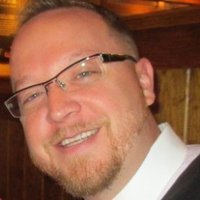 But I assume the new firmware that fixes this is higher than 6.32?  The above implies the only fix is to downrev a device.

I've edited that sentence for clarity - "affecting Bosch IP cameras starting with firmware 6.32 but fixed with 6.60".

Note: we do mention in the next section:

Bosch contacted us with an update on their response to the vulnerability:

We have released multiple version of our FW (6.51.0028, 6.50.0133, 6.44.0027) so our customers are not forced to migrate to a higher FW versions, which otherwise in certain cases may lead to do additional testing/integration efforts with VMS.

This article is part of IPVM's 6,738 reports, 909 tests and is only available to members. To get a one-time preview of our work, enter your work email to access the full article.