Americans vastly underestimate how often they are recorded on CCTV, by a factor of ~10x, based on a Google Consumer Survey study that IPVM recently commissioned, raising concerns about whether the public fully understands the depth of overall video surveillance.

The majority of 1,000 respondents to this Google Consumer Survey assumed they were recorded on CCTV camera 4 times or less per day:

Check out the full Google Consumer Survey results we commissioned, including more details such as men responding with being recorded by almost twice the number of cameras as woman.

50+ Times Per Day Is More Likely

CCTV Cameras are installed almost everywhere today, due to increasing security concerns, and the price of equipment falling dramatically over the last several years.  As a result, the average American consumer has their image recorded by dozens cameras every day.

Here is an example of a typical day, with a running total, and the number of cameras likely present at each stop:

We have not even included city / traffic cameras and, in urban areas, you will easily be picked up at most prominent intersections and often walking down the street.

Weekends may be a different schedule, but a single trip to the mall or a large shopping plaza can easily have hundreds of cameras in between, and an individual can regularly be caught by dozens of them.

In addition to commercial locations with cameras, residential systems are becoming more popular, with products like Ring and Yi or NestCam.  If you walk the dog around your neighborhood, or go for a morning run, you may pass a half dozen or more cameras.

What Is The Risk To You?

Many people may not be overly concerned if the cameras at their local coffee shop reveled they have a weakness for an afternoon latte, but could be more concerned if their image were easily associated with cameras at a medical facility or treatment center.

Cameras are already increasingly cloud-connected for remote access to video, and several have been shown to be easily hacked.  Just because a video system is privately owned does not mean that its recorded video is assured to be publicly inaccessible.

Face-recognition algorithms are advancing, and the full impact of being captured and recorded dozens of times a day may become more significant when the majority of your daily movements can be indexed or searched.

Can You Avoid Exposure?

Aside from staying home with the curtains drawn, there is no easy way to avoid unwanted recording by security cameras, and in US courts have ruled that people do not have an expectation of privacy in public places as it pertains to photography/camera recording (note that audio recording without consent or disclosure is illegal in most areas). 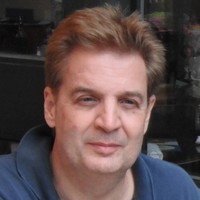 Brian, I don't know if you are aware of the TV series Person of Interest. The author deal with this subject in a very interesting way. I even wrote an article in my website about that: http://www.cctvinstitute.com.br/person-of-interest.html

Do you think some respondents may assume that "times recorded by a camera" means once per location? For example, they know they're being recorded at Starbucks, but count that as "one time" rather than 4 times--once per camera?

Granted the number would still be higher than 4 in a typical day, but some participants interpreting the question like this could skew the results downward.

Steve - yes, that is something we discussed when reviewing the responses. Even if they were counting "recorders" and not "cameras", it's still much more than 4 per day for the average person.

I think the way the question is worded, most people would interpret it as individual cameras though.

John this is a very interesting article, and it is not surprising to me, that People underestimate the number of time they are captured by video camera. This topic has been talked a lot in Europe before: more camera versus privacy. This topic was big in some countries like France 10 years ago, to a point that they passed laws regarding privacy and how long video can be stored. It is the balance between security (more cameras) and Privacy.

Interesting enough, every time you have a major incident, people favor more cameras, when it is no incident, they talk about privacy.

For sure with the millenniums, privacy is getting a new definition and I believe they may not care, as much, how many times a day they get caught on a video camera.

I believe the writing is on the wall…. Number of camera for security will keep increasing. We have long way to go to match the UK for example.

They restrict this in Europe (and they don't have our Bill of Rights).

It is easy to project software that can track an individual with all the existing video and trace there activities at will from archives or in real time.

Where would the will to do this come from? Just help the process of developing angry people internally and internationally and tilt the scale enough to call for "keeping track" of citizens.

But the genie is already out to the bag. It's going to be a bumpy ride.