Wyze has exposed millions of user's data, as reported by Twelve Security, and confirmed by IPVM, who has spoken with Twelve Security and reviewed the records.

In the past few years, Wyze's use has exploded as the company has offered an unprecedented combination of super low pricing (~$25 per camera), US marketing and their founder's expertise / experience from Amazon. 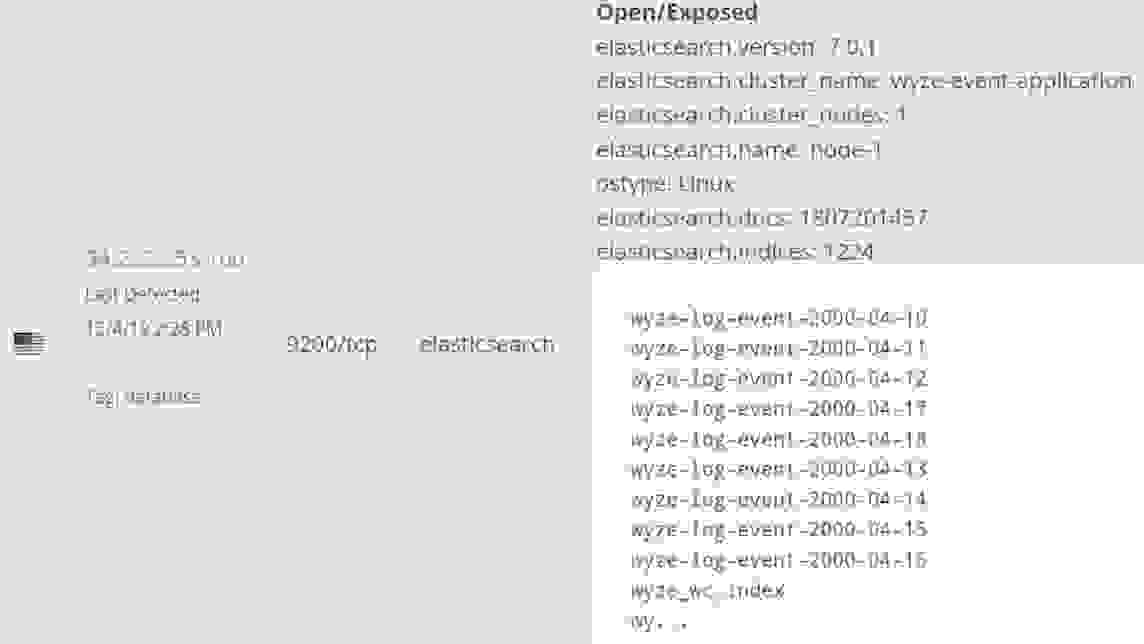 both of their entire production databases have been left entirely open to the internet.

With 2.4 million users exposed, concluding that:

If this was intentional espionage or if this was gross negligence it still stands as a malicious action that must be answered with a decisive, external, and fast investigation by US authorities.

We checked the records and, e.g., found devices and accounts we have used to test Wyze, e.g.:

We reached out to Wyze but have not heard back from them. Moreover, we found no post in Wyze's active forum yet but would expect that to come soon and will update accordingly.

Update 1: this has been shared on the Wyze Forum with Wyze saying they are looking into it: What is up with the data breach? - Ask the Community - Wyze Community

Update @12/26/2019 8:45pm ET: Wyze is calling this an 'alleged data breach' saying that they have not been able to verify it. Below are more examples of a user_id associated with an IPVM employees' Wyze device from this leak: 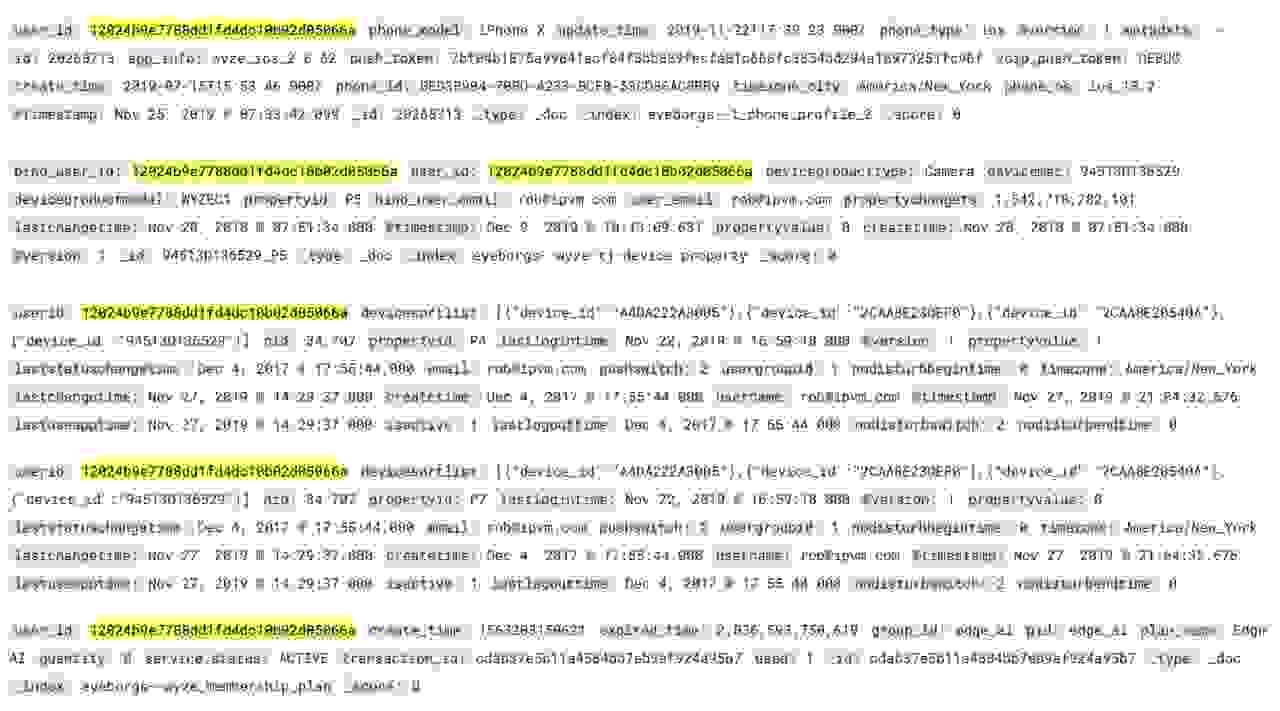 We copied some data from our main production servers and put it into a more flexible database that is easier to query. This new data table was protected when it was originally created. However, a mistake was made by a Wyze employee on December 4th when they were using this database and the previous security protocols for this data were removed.

While Wyze says 'some data', we found at least 40 million records in the leak. [Note: Typically there are many records per user, see our screenshot above of our own leaked records, so 'records' should not be conflated with total 'users'.]

Moreover, the leak was open to the public for more than 3 weeks, only being closed after Twelve Security's post was released.

For now, we’ll say that we are very sorry for this oversight and we promise to learn from this mistake to make improvements going forward.

The closest example we have found, in physical security, is Suprema biometric mass leak which similarily exposed Elasticsearch records.

On the positive side for Wyze, Wyze specializes in serving price-sensitive customers who tend to be less driven by cybersecurity concerns. So long as Wyze can continue to provide that price advantage, we expect their core market to be happy.

On the negative side, Wyze is becoming one of the largest home security providers and will likely and should draw scrutiny from public officials.

The normal tactic for companies in this situation is to say that it was just an error. While it is hard for outsiders to be certain what the cause is, the researcher who found this concluded that "there are clear indications that the data is being sent back to the Alibaba Cloud in China". Moreover, Wyze has extensive PRC China connections include all of its manufacturing done in the PRC.

Update: Wyze's explanation that it had copied millions of user records and left them publicly available for weeks certainly falls under the error category. However, that is a combination of very serious errors that underscores challenges in Wyze's overall cybersecurity. Indeed, Wyze admitted that itself in his response:

How Wyze revisits and improves its cybersecurity will be an important factor in the company's evolution.

Wyze recently had a very public breakup with their analytics supplier, XNOR.ai, and is being sued by mega-manufacturer JCI. Combined with this massive data leak, Wyze is facing major challenges.