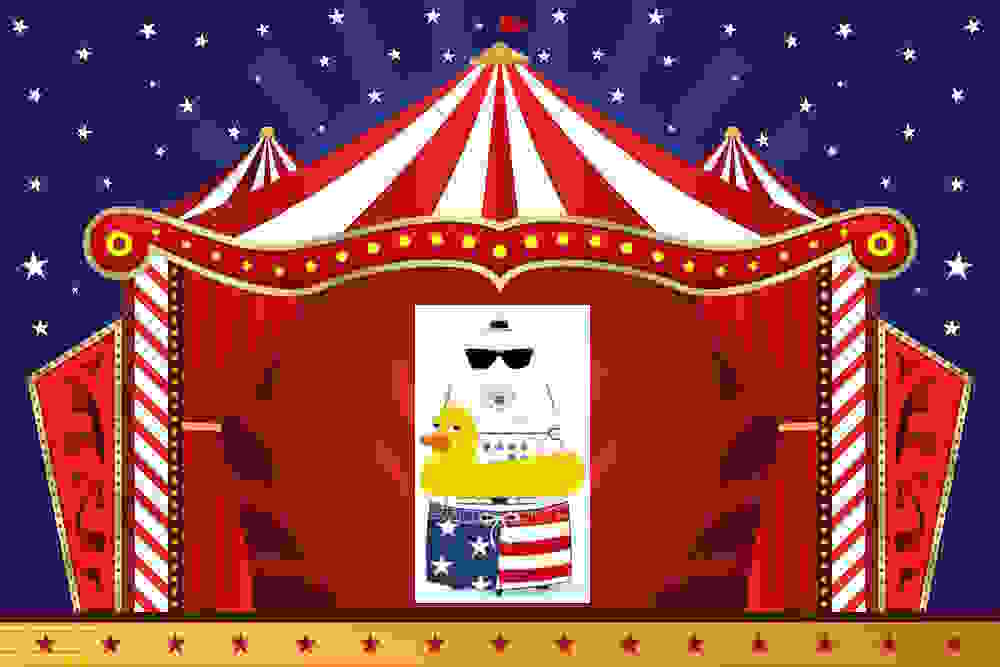 That is the happy (or sad) state of security robots in 2017.

The entertainment value, though, is very powerful.

Not Serious, By Design? 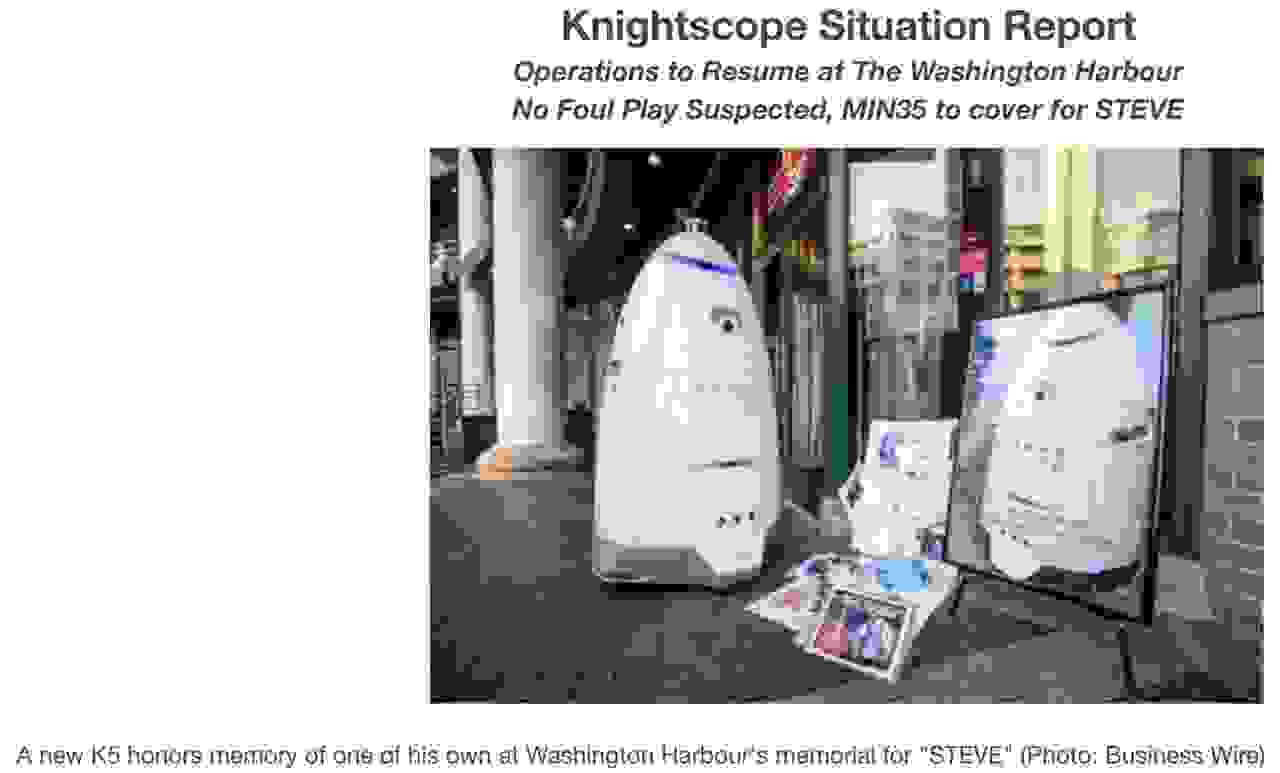 3 days after the robot drowning, Knightscope issued a press release. Instead of explaining what went wrong and how they were going to fix it, they continued joking about it, describing the drowning as:

“The reports of my death are greatly exaggerated. I don’t remember seeing a “no swimming” sign. Thank you to all the human life guards that pulled me out,” said STEVE upon reboot.

Any real security system (intrusion, access, video, etc.) that failed so hard and caused serious cost and disruption to the user would be responded to seriously since those systems have real security value.

What Knightscope has understood is that any security benefit of their robot is ancillary at best. What they are selling is an amusement.

The people at the office building have set up a 'memorial', whether they care or are mocking the robot is really beside the point because it clearly entertains them: 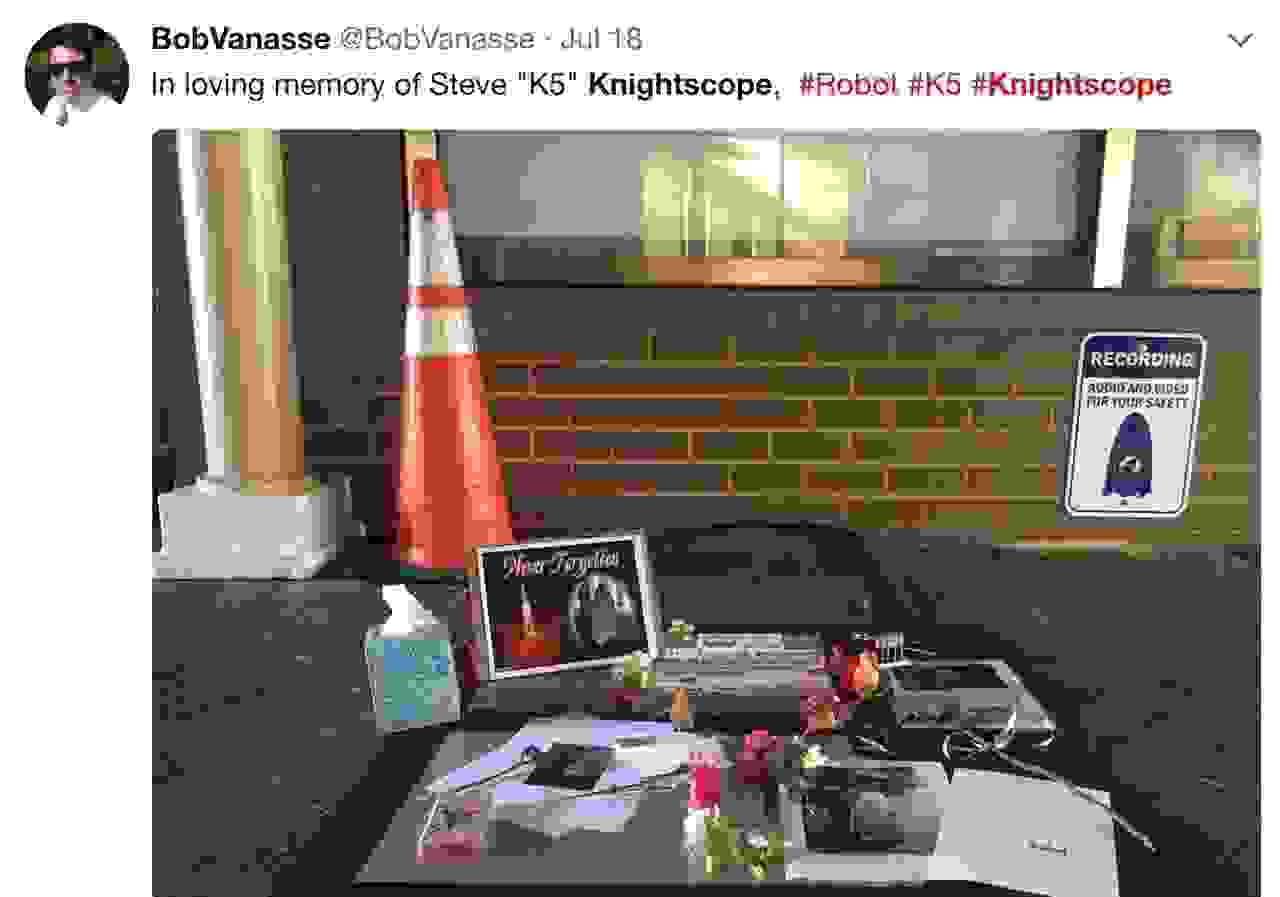 And there are numerous YouTube videos of random people interacting with the robot like this toddler evidently pretending to be Tom Cruise in the video below:

Or consider this CBS Boston video of people taking pictures and gawking at the robot:

Knightscope should be given credit for understanding this entertainment angle from the beginning, designing the robot to look and sound like the movies:

The United States is a rich enough and entertainment-oriented society that buying 'robots' to amuse customers is a real consideration.

The end user for the drowned robot has gotten a replacement. They are touting it on social media, as Rosie the maid from the Jetsons. This is a company that understands entertainment value! 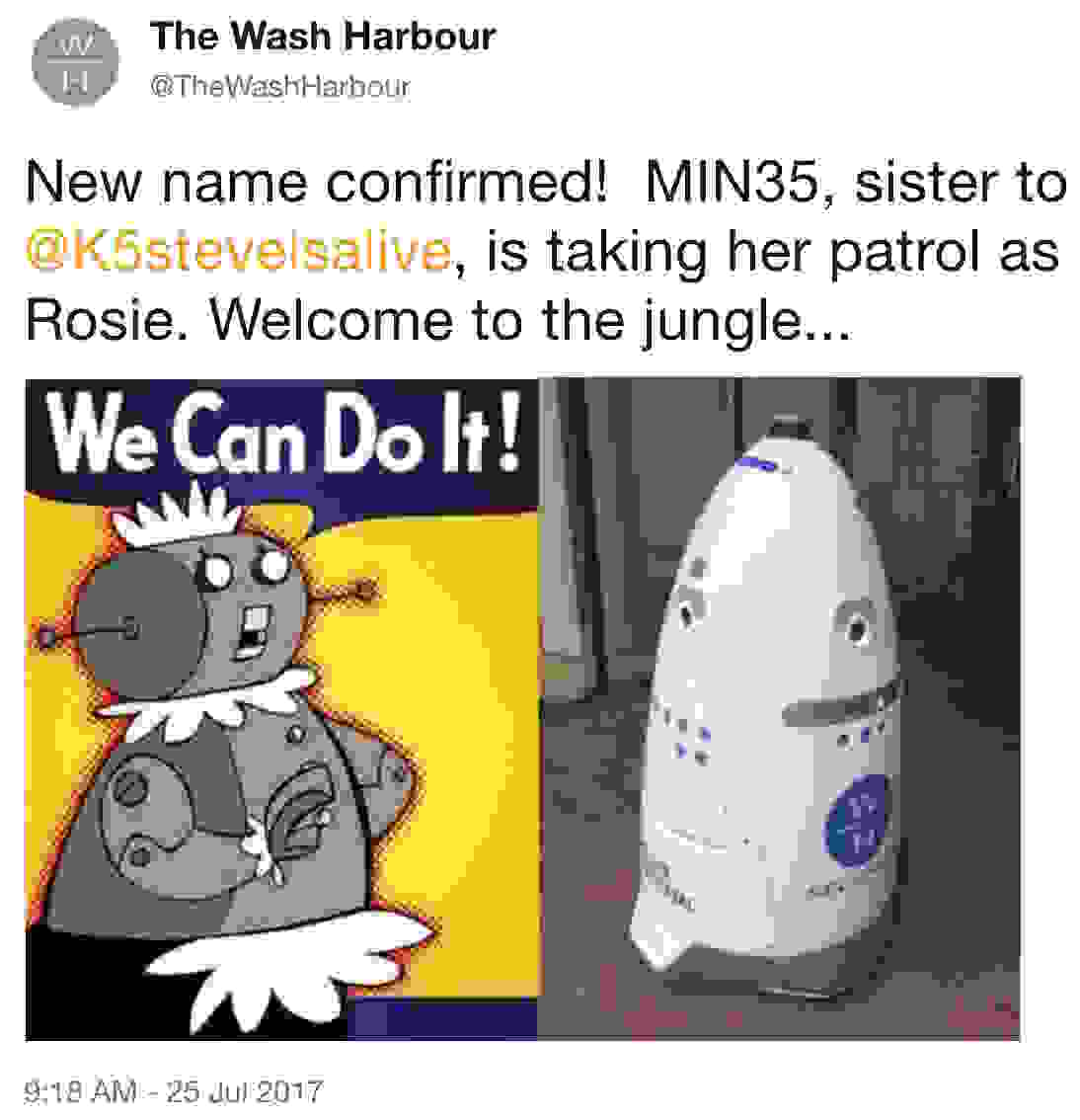 How far and how long these robots can go as an amusement in offices and malls remains to be seen. Maybe Knightscope can develop real utilitarian value when the gimmick starts to fade.

Unfortunately, those of us actually in the security business are going to increasingly face a public and even our own peers who think of security robots first and foremost as a gimmick rather than a device that can genuinely make people safer or reduce crime.

How Cobalt Robotics May Disrupt Security on Sep 13, 2019
While security robots have largely become a joke over the last few years, one...
Knightscope Adds Just 2 Total Customers In Past Year, Yet Raising Money at $300 Million Valuation on May 02, 2019
This is no longer funny. While Knightscope has laughed it up promoting robot...
Security Robot Sales Struggle on Mar 21, 2018
2 years ago, PSA Security CEO Bill Bozeman called security robots one of “the...
The 2018 Surveillance Industry Guide on Jan 16, 2018
The 300 page, 2018 Video Surveillance Industry Guide, covering the key events...
Silicon Valley Security Guarding Startup (Bannerman) Examined on Aug 24, 2017
Innovation in security guard services has been limited (or comical, i.e.,...
Healthy Skepticism for Deep Learning Is Prudent on Jul 26, 2017
The hype for deep learning in video surveillance is accelerating. Between...
A New Low For Knightscope - Just $3! (And Now A T-Shirt) on Apr 13, 2017
Take a look: Did you think, even for a fraction of a second, "$3 per...
Comments (39) : Subscribers only. Login. or Join.