The Sleaziest Booth Of ISC West

The use of 'booth babes' is way down overall, but one company, Rapid Response, continues to treat ISC West like it is an HBO brothel documentary setting up a literal lineup of 10:

The sheer number used by Rapid Response compared to how few are now used in the show make it stand out even more.

This 'marketing' tactic is unprofessional and demeaning to the industry and woman in general.

Ironically, as the social media post below shows, Rapid Response does not consider them part of the 'team' or their 'people' despite positioning them at the front of their booth facing the heavily trafficked center aisle: 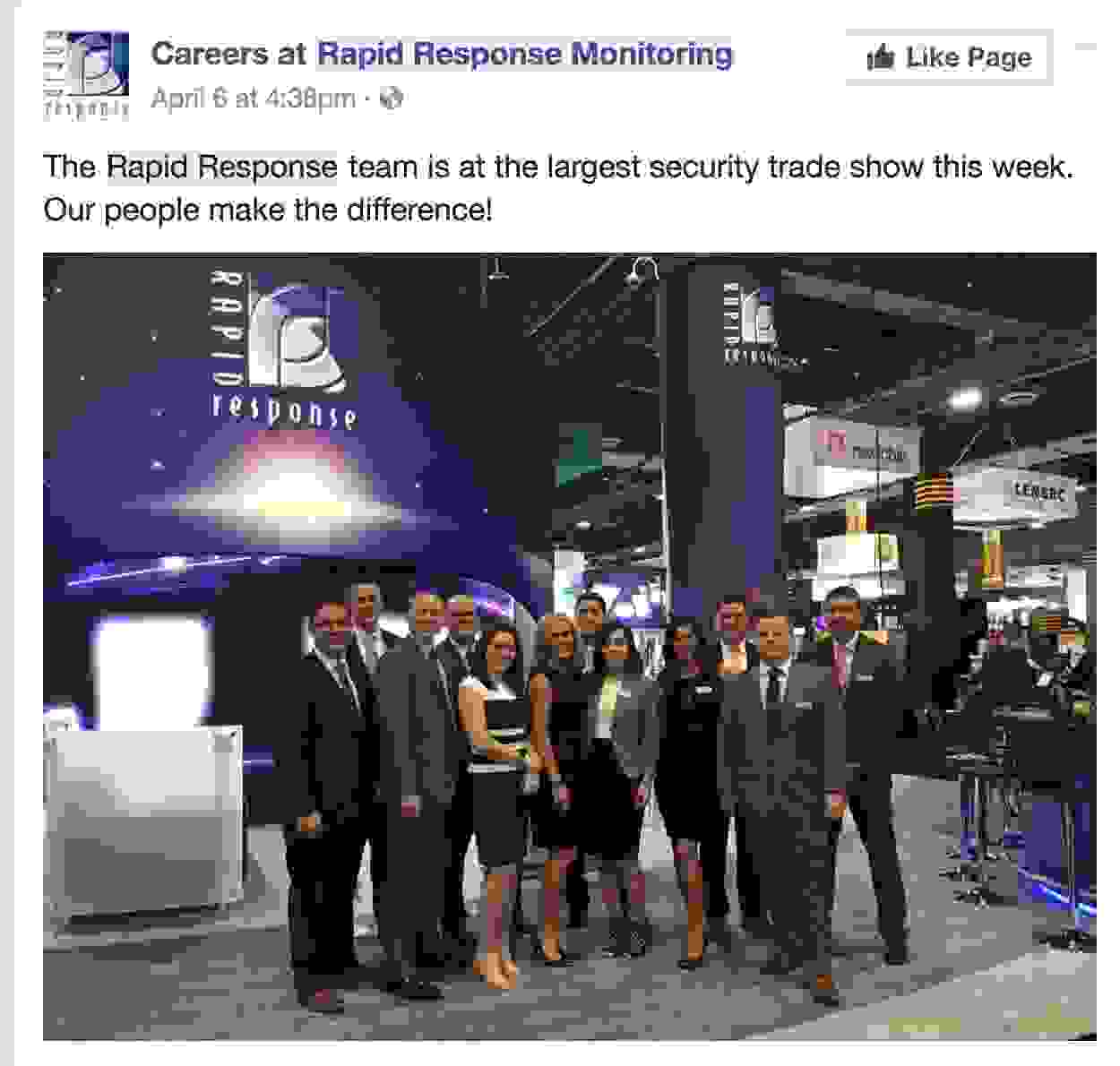 As one integrator noted in response:

Rapid has been trying to get our business for years now. They're a sleazy company emphasized by the use of booth babes. They actually have a very good monitoring center but I'm not comfortable working with the people in sales or the people who run the place.

If they dropped the booth babes and started to clean up their image I would consider them more seriously. At this point I don't trust them.

Update 2018: ISC West is now enforcing its attire guidelines and Rapid Response ceased such practices in 2018.

"If You Have The Same Qualifications, And You're A White Male, You Are Going To Lose", Says Integrator on Dec 16, 2019
Diversity is a rising priority, overall and in the security industry. One...
Amazon Ring Partners With Rapid Response For $10 Monitoring on Jul 10, 2018
Amazon's Ring alarm system is using Rapid Response for monitoring, IPVM has...
ISC West 2018 Best and Worst on Apr 16, 2018
ISC West 2018 had strong attendance, modest overall new products, and a surge...
ISC West Bans Booth Babes on Mar 22, 2018
Booth babes, goodbye. Technically, ISC West banned them 2 years ago with a...
ASIS Show 2017 Final Report on Sep 27, 2017
ASIS is in Dallas for 2017 and this is our final show report (compare to our...
Comments (116) : Subscribers only. Login. or Join.