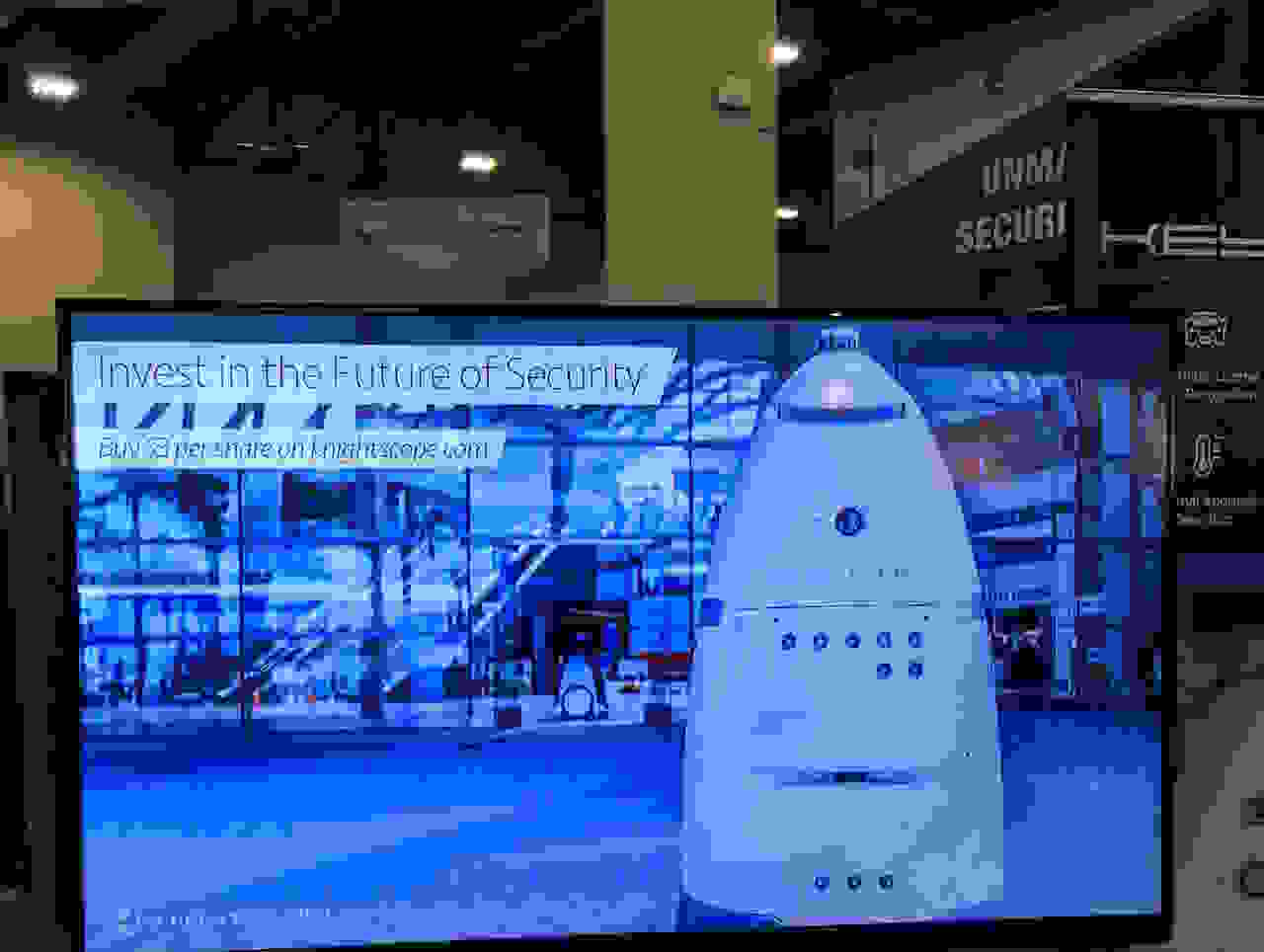 Did you think, even for a fraction of a second, "$3 per share, could be a good deal"? If so, you should not invest in anything. Simply put your money underneath your mattress and save yourself.

The price per share is irrelevant, a trick to make the naive think they are getting a good deal.

Minimally, one needs to know the number of shares and the effective market valuation.

What rights do those shares get? Not much:

But that is just for the Series m stock being offered here. One also needs to know the market valuation one is buying in at, which is:

Ok, but how much revenue does Knightscope have? As the company disclosed itself, not much:

That's a hefty valuation for a company with such low revenue.

And Knightscope lost millions last year with only a handful of robots contracted.

They are a startup. Losing lots of money is normal.

What is also normal is raising money from professional investors, not showing up at ISC West with a sign soliciting attendees to buy $3 shares.

Investing in early stage companies is high risk. After a Knightscope robot ran over the child, surely it became harder to raise money from professionals. But this is exactly the time when professionals should be the ones taking the risk and taking control of the board.

So, Knightscope, please stop. Potential small Knightscope investors, be careful. You may win here but you may also win the Lotto. 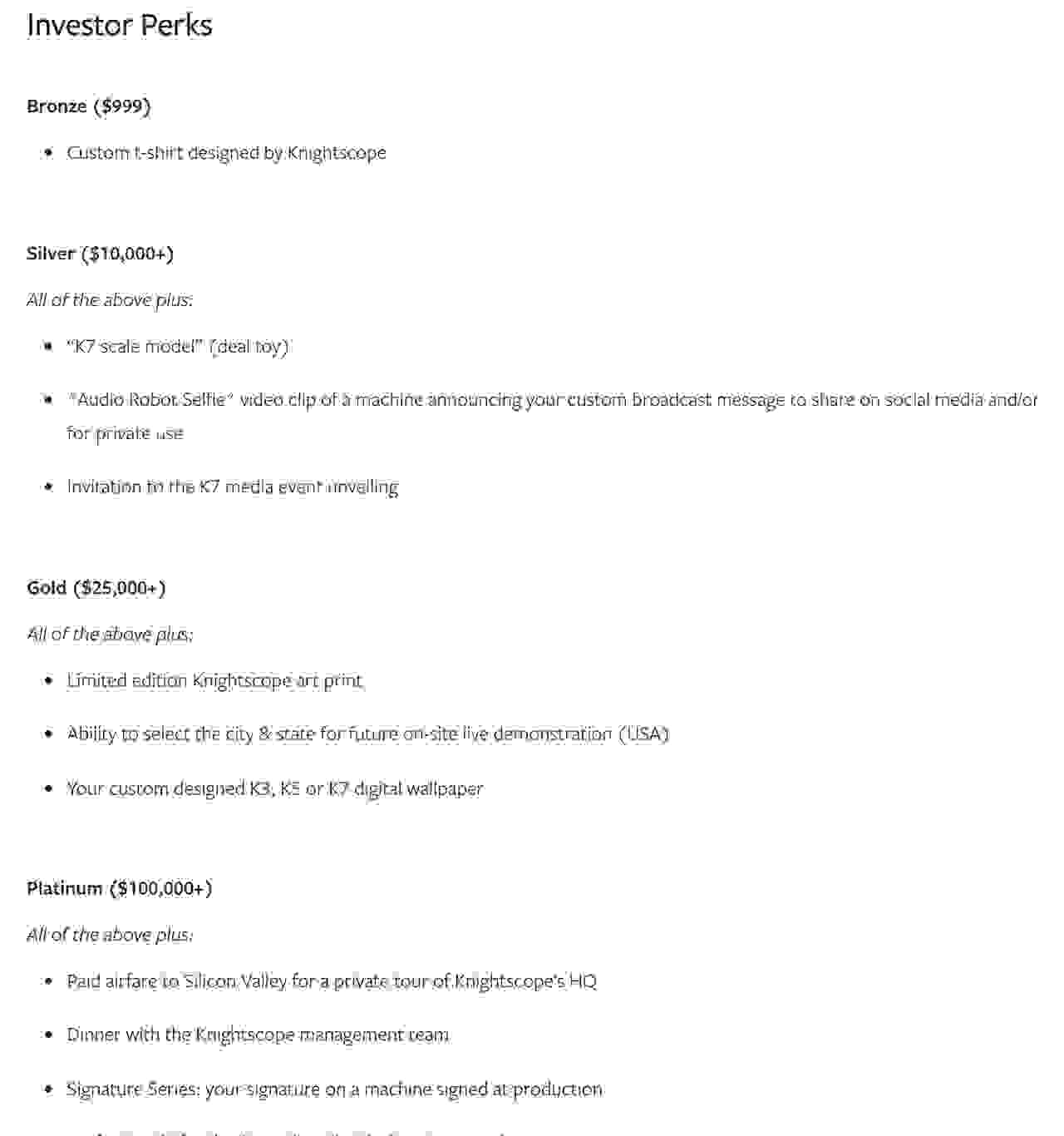 Whomever this potentially appeals to, it will not be to many sophisticated investors. But kudos to Knightscope for embracing their entertainment angle and targeting people who think robots are fun.

Knightscope Adds Just 2 Total Customers In Past Year, Yet Raising Money at $300 Million Valuation on May 02, 2019
This is no longer funny. While Knightscope has laughed it up promoting robot...
Knightscope Raises $10 Million With $3,320 Average Per Investor on Aug 17, 2017
Congrats to Knightscope. And condolences to their legion of...
Knightscope Laughs off Robot Drowning on Jul 18, 2017
A day after a Knightscope robot drowned, Knightscope has issued an 'official...
'Suicidal' Knightscope Robot Drowns on Jul 17, 2017
Knightscope continues its hyper growth, at least when it comes to...
A Marketing Home Run For Knightscope - Man Attacks Robot on Apr 27, 2017
We criticize Knightscope regularly - their lack of revenue, their trying to...
Comments (33) : Subscribers only. Login. or Join.