Arecont Vision, manufacturer of only megapixel cameras, is contending that megapixel cameras 'virtually eliminate the need for mechanical PTZ cameras.' In this note, we debunk this prepostoerous claim and explain why this is a dangerous approach to designing real world surveillance systems.

In English, virtually is generally accepted to mean "for the most part; almost wholly; just about." By contrast, no more than a fraction of locations using PTZ cameras would benefit from switching to Megapixel cameras. Indeed, far more would be better off considering MP PTZ cameras that combine both of the technologies.

Here are two summary comparison shots from the report that shows the contrast. First, daytime performance: 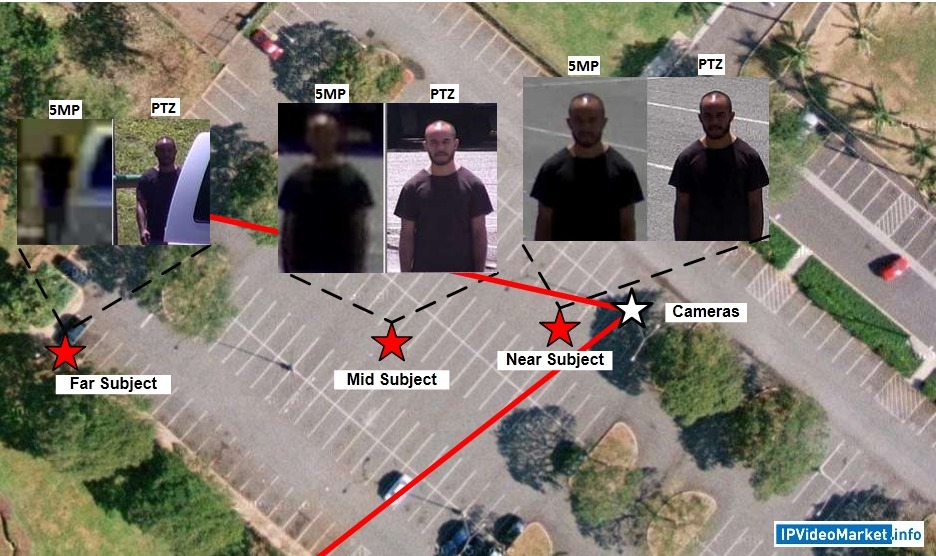 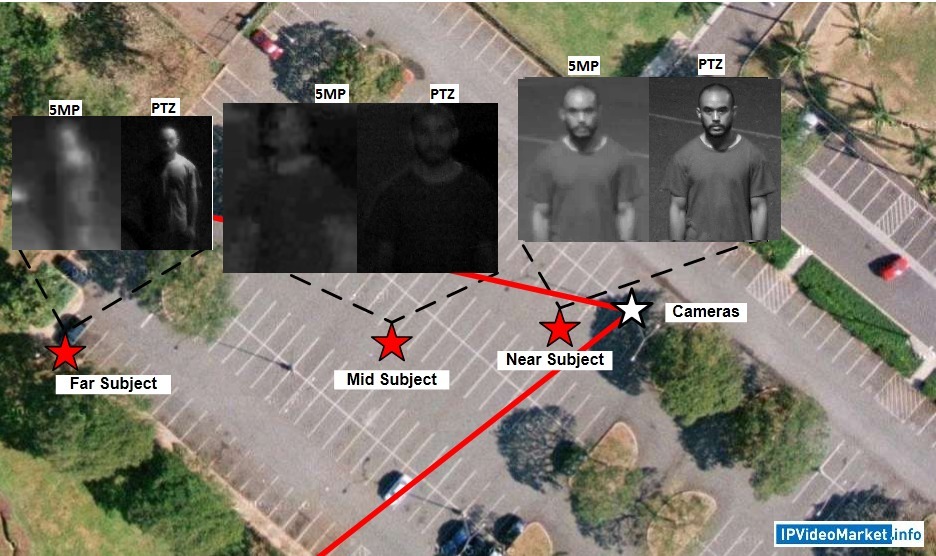 The problem here is that most PTZ users want the capability of seeing more than the limited coverage area a megapixel camera can deliver.

Here's the difference in potential coverage area between a 5MP camera and a PTZ from our tests. It is massive: 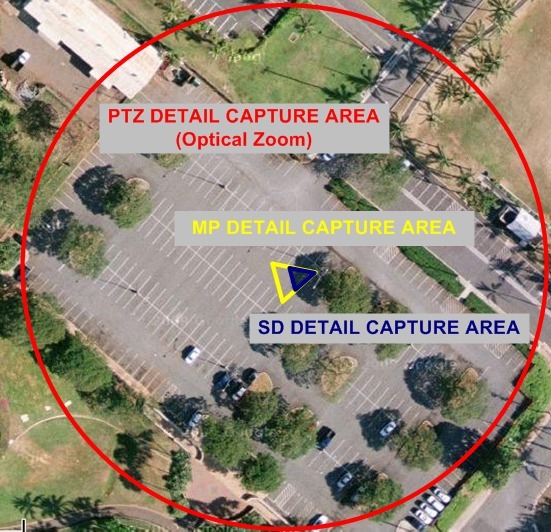 Other Challenges with Megapixel Cameras

Finally, we find it ironic that Arecont Vision criticizes PTZ failure when they have the worst reputation in the industry for reliability.

On the other hand, the huge negative remains: optical zoom and mechanical control delivers a massive increase in coverage relative to megapixel cameras. It's just not close.

In small, generally indoor areas, where PTZ have traditionally been overkill, replacing with megapixel cameras is worth considering. This, though, is just a small fraction of overall PTZ use.

We understand why a company that only sells fixed megapixel cameras would promote that category. However, the megapixel replaces PTZ sentiment does a disserve to 'virtually' all security managers.

Top 5 Disruptive Surveillance Companies 2012 on Dec 15, 2011
What companies are driving changes in the video surveillance industry? What...
Arecont 20MP Camera Examined on Apr 05, 2011
Arecont Vision has announced a 20MP camera. This would be the highest...
Comments : Subscribers only. Login. or Join.