IPVM testing has verified Dahua rigged their fever cameras, with the company generating massive profits and exposing the public to increased coronavirus risks. Dahua has not publicly acknowledged this and refused to answer questions.

The two-minute video below overviews what happened:

IPVM originally tested the Dahua "Thermal Temperature Monitoring System" in May 2020 and has subsequently tested it with new firmware over the past few months.

The Bad - Use of Rigged Systems

Dahua's overseas profits surged in Q2 2020 (April, May, June) as the first wave of coronavirus swept the world and Dahua rushed in with a new fever camera system that numerous Fortune 500 companies (like Amazon), theme parks like Six Flags, government facilities, and even hospitals bought as they tried to reduce the spread of the virus.

The problem was that Dahua rigged the 'thermal temperature' system to report results that regularly were more normal than the surface readings captured. This helped them show 'normal' temperatures for the highly irregular marketing claims they made, such as hats, ski masks, helmets, or crowds of people getting off trains: 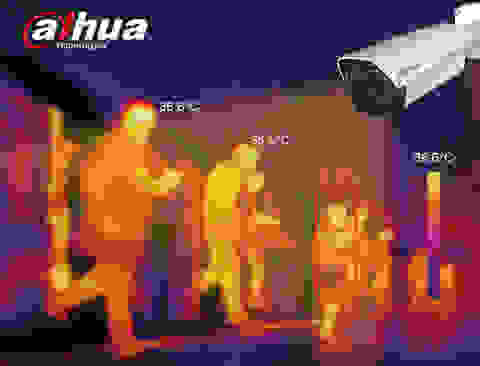 However, it significantly increased the risk of missing people with elevated temperatures and letting feverish people pass into facilities.

In May 2020, after extensive testing and input from Dahua's China engineering team, IPVM published our test report exposing and warning about the irregularities in Dahua's system and what they referred to as their 'compensation algorithm'.

At some point thereafter, Dahua quietly released new firmware, with no release notes shared, that substantially derigged the 'compensation algorithm', reducing Dahua's ability to show normal readings of people with helmets, at bad angles, on skateboards, etc. IPVM testing showed that, on the positive side, when people are properly positioned, directly facing the camera, without the face obscured, it substantially reduced the likelihood of elevated temperatures being missed, compared to the original firmware

Note: we have updated our original Dahua test report with the new findings, new firmware version, and other technical details.

The Bad - No Notice From Dahua

Dahua has given no public notice about this substantial change and refused to address this with IPVM. On November 9, 2020, Dahua responded to our initial inquiry about firmware changes asking us what we felt had changed:

Dahua followed up on November 10, 2020, saying they would get us an answer that night:

No answer was ever provided.

Six days before publishing, on November 13, 2020, we sent Dahua an extensive writeup on our findings explaining how we found that Dahua had an algorithm that manipulated temperature readings and subsequently significantly reduced it in subsequent firmware.

Dahua acknowledged receipt of the email but provided no answer nor comment.

The Bad - Many / Most Still Using Rigged Firmware

It is likely that many Dahua fever camera users are still using rigged firmware delivered to them in the peak sales time frame of April, May, and June, as many do not regularly upgrade firmware (a manual process), especially unless the manufacturer directs them.

These organizations not only may have been damaged by letting feverish people infected by coronavirus inside their facilities, but they may also continue to do so until Dahua properly notifies and ensures the firmware is changed.

Must Be Held Accountable

Justice demands Dahua be held accountable. They rushed out a medical device at the start of a deadly pandemic. They marketed it in ways that violated science and standards. They designed the 'compensation algorithm' to report temperatures manipulated from the actual thermal readings. They made a huge amount of money and the buyers of these systems were left at undisclosed risk of their employees, customers, and visitors trusting this hiddenly rigged system.

We have provided a copy of our reporting to the Australian TGA, the US FDA, and the UK MHRA. We encourage anyone using or being screened by these systems to notify their relevant public health authority of this risk.

Senators Question Amazon On Dahua 'Uyghur Warnings' on Feb 11, 2021
Two US Senators sent a letter questioning Amazon after IPVM and the LA Times...
FLIR Finds Fault In Temperature Screening Cameras on Dec 02, 2020
FLIR has found a hardware fault in some thermal screening cameras which may...

I wonder if those employed by Hik and Dahua will face a stigma in the short term for pushing such a fraudulent product in the market. I'm not in a position to hire anyone for my company, but I feel that I'd hesitate to be linked in any way to these Chinese products and companies, or to the people that sold out to represent them.

I could be wrong, admittedly.

At least for a while, most of their salespeople likely had no idea. Moreover, the communication between China HQ and regional people is historically poor, especially on sensitive topics like this.

That said, I do think, at some point, their regional / local country people bear some responsibility and need to make a decision about their participation in this.

Mostly agree, John, but I've been pondering this before your story about the fake thermals. Historically, the labor camps, persistent IT vulnerabilities, ties to foreign governments, etc - they know damn well who they are in bed with at this point. They can't claim they didn't know.

Yes, on the broader issues, I agree. A common defense for their employers is that this is all just political but, e.g., when you see the Norwegian Ethics council found that Hikvision's human rights abuses are 'ongoing', it's pretty clear that there are real issues here. Also, to note, the Norwegian Ethics Council examined Hikvision but not Dahua because they had owned shares of Hikvision but not Dahua.

Also, complicit and helping Hikua employees rationalize is that giant ADI continues to do flash sales with these companies, e.g. right now: 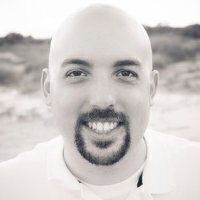 Thank you for your diligence in this and for keeping us all apprised.

I would love to see some alternatives to ADI and ANIXTER that do not sell Hik/Dahua. I suppose they feel if they dropped those lines profits would plunge.

Perhaps with IPVM continuing to expose these companies, there may be a time when a large distributor may benefit by excluding these morally bankrupt companies.

Sometimes the problem are distributors who push these types of brands just to get the deal. In other cases, are unscrupulous integrators. In the case of Latin America are both.

In Latin America, you´ll never be made accountable for integrating or selling fraudulent technologies or tech projects.

In my opinion the only way of minimizing the use of rigged systems or fraudulent technologies is to make companies (integrator, distributors or brands) accountable for what and how they sell.

And that is why Amazon reported 20,000+ employees getting sick. And who knows who those 20k infected? This is akin to manslaughter. Same thing like Trump saying he knew about Covid way earlier but didn't want to act. These acts of negligence COST PEOPLE LIVES.

And this is why I can not stand Dahua and Hikvision. At least Uniview has proper business practises and I guess that is why Alibaba invested in them and shows how much of a difference there is when using a Private company in China vs companies owned by the Chinese state. Our distributor was very careful and even provided FDA approved handhled medical thermal guns with each temperature screening product purchase and stressed the importance of re checking temperatures and using the Uniview products as a pre-screening solution.

Our distributor was very careful and even provided FDA approved handhled medical thermal guns with each temperature screening product purchase and stressed the importance of re checking temperatures and using the Uniview products as a pre-screening solution.

Are you or they going to 're check' everyone or just people that are elevated? I ask because our test findings show that most of these systems systematically underreport elevated temperatures.

Worth noting, the Uniview wrist temp is different - we found no rigging but using the wrist presented its own risks.

We were and have been skeptical of all thermal imaging products. We only sold the wrist detection models and found them to be quite accurate as we tested it with the medical handheld and seen consistency.

However we did notice like you did that it won't work if the hand or clothing sleeve is used. The customers that use it have been advised to monitor the use of it and we advise against any of the products being stand alone use with no one manning them. One client that has 8 of the OET-213H for a factory said it's been great. They also have been using the facial recognition for time management of employees as they found employees were stealing time by sharing key cards that was used before.

That customer is actually adding cameras to each terminal location that has it zoomed in on the wrist area to let the staff know anyone trying to cheat the system will be disciplined. And they like the face terminals and cameras can all be managed from one software with the EZStation Uniview PC client.

This sounds excessive but they have caught people with high fever trying to come in to work and trying to scan through their sweater sleeve. The fact that they will be using the units post pandemic for access control and time management is the reason that model has been almost all the sales for this type of product for us. I know some Canadian airports are using thermal screening and I believe it is the FLIR one as I went through on my travels. I didn't see a backbody and it was done one at a time which I think is the correct way to do it.

We would be interested to see the TIC2531-NB from Uniview tested by you guys. All I know is it costs less than most of the thermal cameras but looks like a bit more than this Avigilon solution. I like that it has a mobile app notification, 2 way audio and red and blue strobe light alarm. But we would need to see a positive testing to offer it and actually the testing you did with the wrist temperature OET-213H units helped us with choosing our go to temperature screening solution. Thanks for all the hard work and helping us Integrators ensure we don't misinform and cause danger to the public! That is the opposite of providing safety and security which is what our job is to provide!