Hack Your Access Control With This $30 HID 125kHz Card Copier

The tools that claim to do this are available widely, including at eBay for just $30 [link no longer available].

We bought one of these cheap gadgets, shown below: 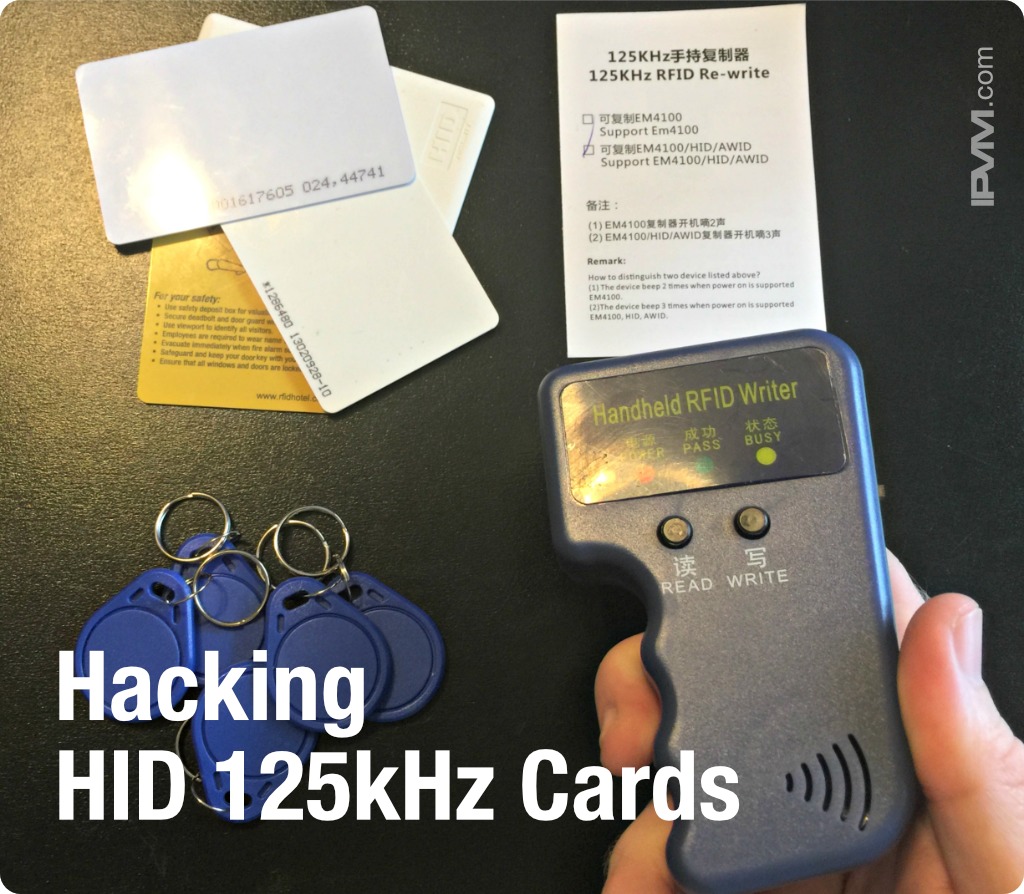 Inside, find our full test results, including a demo video of how easy it is to do, how widely these cards are deployed, and what steps you can take to cut the risk.

Our demo video below shows how the $30 copier can be used in seconds to spoof HID 125kHz formatted access cards:

In our test, we copied multiple 125 kHz formats and tested them on multiple readers. While very cheap, the card copier did not malfunction or create corrupted copies in any of the 15+ cards we copied.

Indeed, to access control systems, these copies look identical to legit cards. The screenshot below, for our test shows that multiple copies are indistinguishable from the HID factory original: 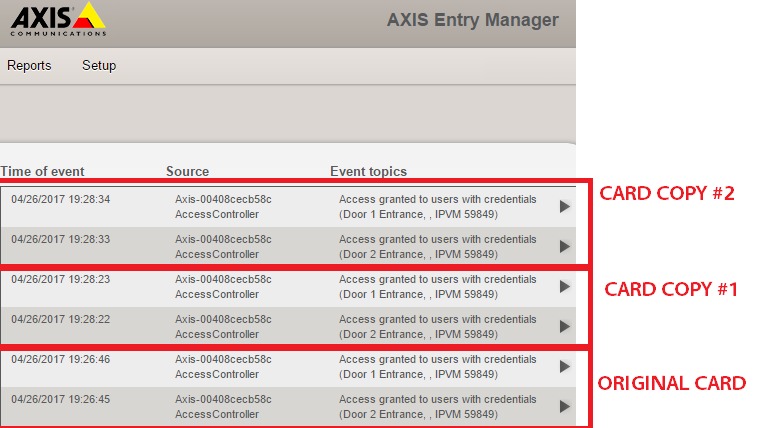 The risk is that unauthorized copies can be made and used to gain access, with no outward sign or record of being a duplicate.

One specific caveat to this test: not all card types and formats are at risk. This particular tool can be used to copy 125kHz card types, including popular HID Prox, ISOProx, and Prox II formats, and several others commonly used in access control such as EM4100 and AWID formats.

Specifically this tool cannot copy any 13.56MHz 'Smartcard' formats like HID iClass, or DESFire/MIFARE varieties. One of the major differences between those formats is 13.56MHz formats are encrypted and the data they hold must be first decoded by the companion reader with a specific 'key' value, otherwise the information they transmit in open air is heavily hashed and obscured.

However, most 125kHz formats are simply not encrypted at all. This means the process of copying them simply energizes the card, and stores the information it broadcasts. Card details are stored on the card exactly as the system uses them, so sensitive card numbers and facility codes are easy to pull from thin air.

Despite the risks of unsecured 125 kHz cards and fobs, they are commonly used and even preferred by many installers and end users. In our Favorite Access Control Credentials 2016, those vulnerable types command 32% of the favorite votes: 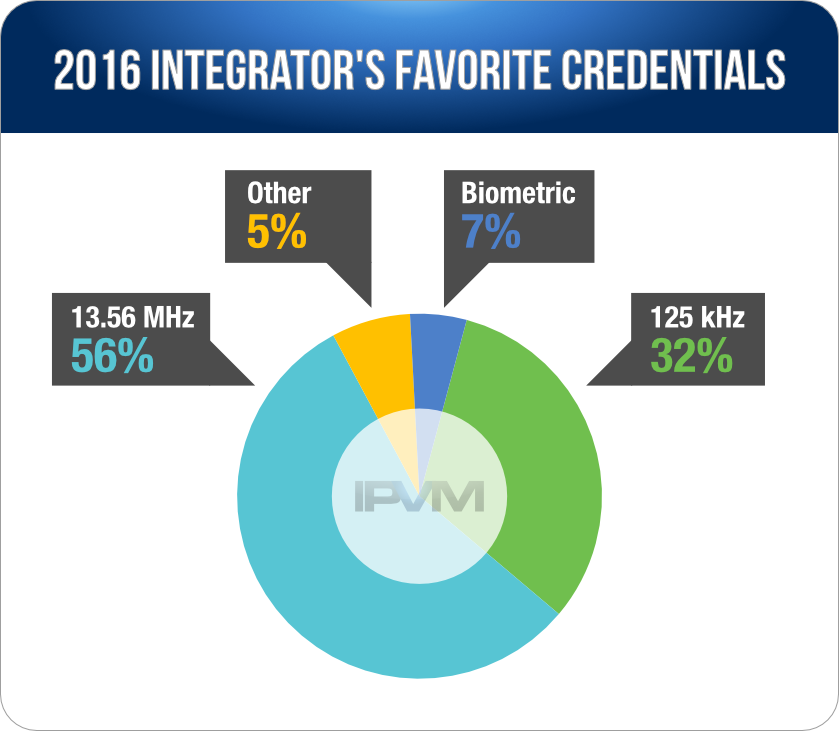 Indeed, these credentials vulnerable to copiers are still used in tens of thousands of systems, with millions of issued credentials circulating every day.

Cheap & Easy To Get

The kit we purchased was shipped with several blank re-writable keyfobs, but were not a suitable blank format needed to copy HID cards. So we bought a box of HID compatible card formats (T5557) for $0.35 cents each, for a total test package costing less than $45.

The chilling lesson is these products are very inexpensive, readily available, and sold by multiple vendors eager to ship next day with no questions asked to anyone, crook or honest.

The device used to copy the cards works much the same way as normal card readers, with transceiver coil, power supply, IC chip, buzzer and even LEDs components shared by both: 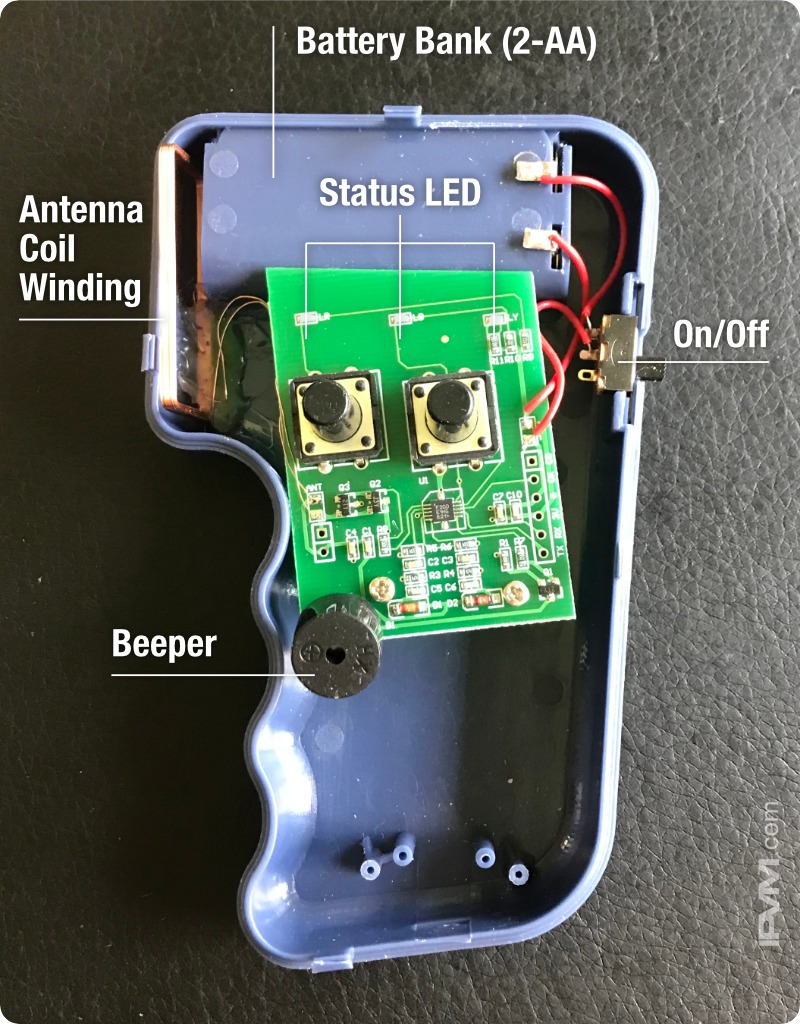 Given the principal operation of contactless card readers, the copier excites the coil and delivers power wirelessly to the card, which then momentarily stores energy and then uses it to broadcast card details back to the copier. The image below shows a transparent example of a card, revealing all these components: 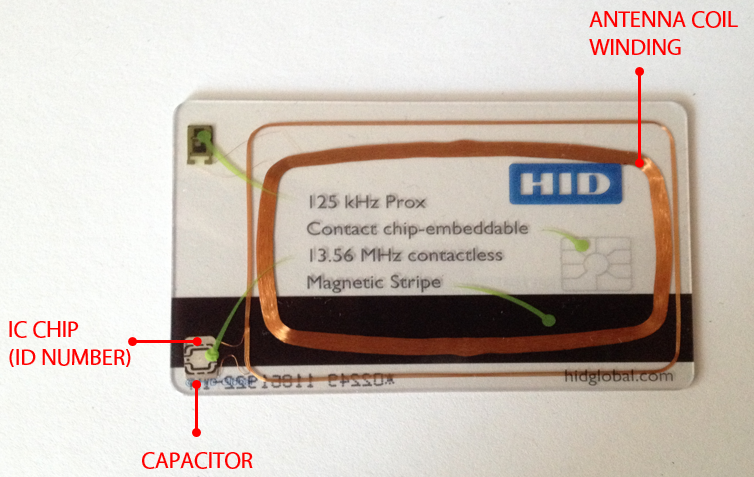 The copier includes a small amount of memory to store those details, and then pushes them to a blank card, writing them permanently as a copy.

One particular factor of this unit are cards to be copied must be held close to the copying antenna to work, a distance of less than 1". This is somewhat a benefit to cardholders, because someone bent on stealing and spoofing card details must be very close to do it.

However, the time needed to steal the information is fast - less than 5 seconds, and it is conceivable that someone could have card details copied and stolen without realizing it, especially in crowded groups of people.

But the method used by this device is available in other forms functional at longer distances - some claiming 5 feet range or more and often using modified off-the-shelf long range readers: 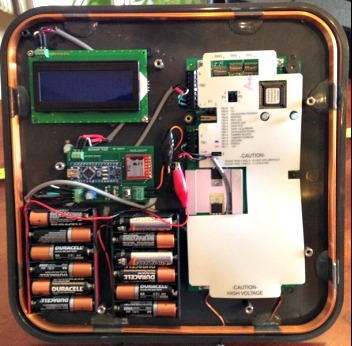 These longer range copiers are much more expensive ($500+ vs. $30), physically larger, and require more power than 2 AA batteries. However, carrying the components covertly in a backpack or briefcase means that those stealing cards can just blend in better with crowds.

So what can be done to prevent this exploit? The most straightforward step is to discontinue using HID (or any) 125 kHz cards, fobs, and readers and switch to encrypted and hashed 13.56 MHz formats. For more details, see our Hackable 125kHz Access Control Migration Guide.

Given current pricing, the higher frequency types are more expensive, but only a modest 15% - 25% more, and frequently offered at pricing the same or under the less secure 125 kHz types.