The Security System in a Bulb: BeON

One of the hottest ideas in home security is a lightbulb.

Well, BeON is not just any bulb. It claims the intelligence to trick burglars into thinking you are home even if you are not.

But at $75 a pop [link no longer available], does it offer enough to justify replacing an alarm system? Does it have what it takes to be a commercial success? We take a deeper look in this note.

The basic premise of BeON's lightbulb is twofold: Both as a softwhite (60 W equivalent) LED bulb, and as a burglar deterrent by reacting to noises like doorbells and smoke alarms. The video below describes the product:

BeON is available in two bulb sizes: standard A19 incandescent and recessed BR30 canned types. Both bulbs are rated to output ~800 lumens and draw about 13 watts.

Aside from the LED light core, BeON includes a swappable 'smart' module that controls advanced features, including:

Bulbs are connected to each other and to controlling smartphone apps by way of BLE. Power is drawn from standard screw-in style lamp sockets, and are drop-in replacements to standard bulbs.  Programming the bulbs are done by way of the app, and up to 15 bulbs are able to be registered at one time.

When contrasted with a typical intrusion alarm system, even those equipped with home automation for light controls, BeON offers some advantages other systems do not or cannot without additional fees:

But BeON faces a big potential barrier for commercial success: they are expensive. Prices for a single bulb run $75, and even compared to other LED bulbs they run 3X - 5X more costly.

Increasing this concern, BeON suggests multiple bulbs are needed for the best coverage and illusion of occupancy. The company suggest 3 bulbs (a $239 kit) are adequate for apartments, and recommends 6 or more units to adequately cover a 2500 sq. ft home (a $478 kit). Even with a claimed life expectancy of 20 years, most users are going to be extremely reluctant to drop hundreds of dollars on LED bulbs that increasingly are cheap to buy, with $2.50 per bulb sales becoming commonplace.

The prime claim of BeON's value is that for a one-time expense of less than $500, the average homeowner can self-install a security system that offers some peace of mind when the occupants are gone.

However, this is a truly bad assumption for several reasons:

1) Nightime 'Protection' Only: Even if everything else is ideal, a light suddenly coming on only has value in darkness. Daytime burglaries are fairly common as occupants are working offsite, and BeON simply has no bearing on periods where ambient light is plentiful. Indeed, BeON may work flawlessly, but be completely overlooked and bypassed by a robber during the day.

2) Light is no Talisman: The entire premise is based on the idea that light repels danger. While it can indeed have a crime deterrent effect, there is simply no guarantee a thief will be run off by light.  If a potential burglar rings a doorbell, sees light come on, but then waits and sees no other movement in the house, the illusion of occupancy is quite shallow.

Cost alone is not the biggest problem BeON faces. Other potential problems include:

While not part of the initial release, BeON suggests that other swappable 'smart modules' will be made available in the future, including a proposed 'Sounder' module that is a high-intensity alarm, and potential temperature/humidity or motion detecting sensors: 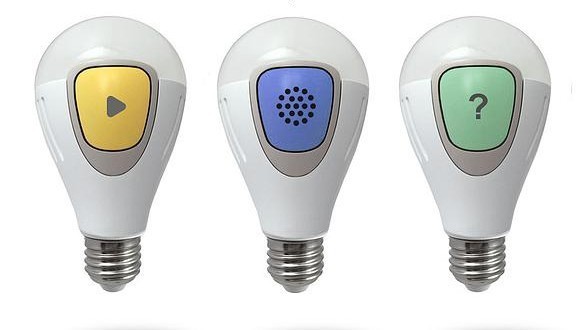 If these other modules indeed become available, then some of the one-dimensional detection and alarming weaknesses of BeON could be addressed, meaning the platform could grow into a legitimate alternative to traditional alarm systems.

However, the mix of high cost, limited functionality, and uncertain product performance leaves us very skeptical that BeON will endanger incumbent alarm providers.  Instead, BeON will likely appeal most to the early-adopter gadget loving crowd, but until prices come down and additional modules become available it will not be a widespread success.

In terms of finding 'cheaper' alternatives to traditional monitored security systems, the market is packed with offerings.  Consider:

Vivint Gets $100M from Peter Thiel And Mitt Romney on Apr 27, 2016
One of the most prominent Silicon Valley investors and a former presidential...
Comments (10) : Subscribers only. Login. or Join.