This creates new challenges for Hikvision in the company's strongest Western market. 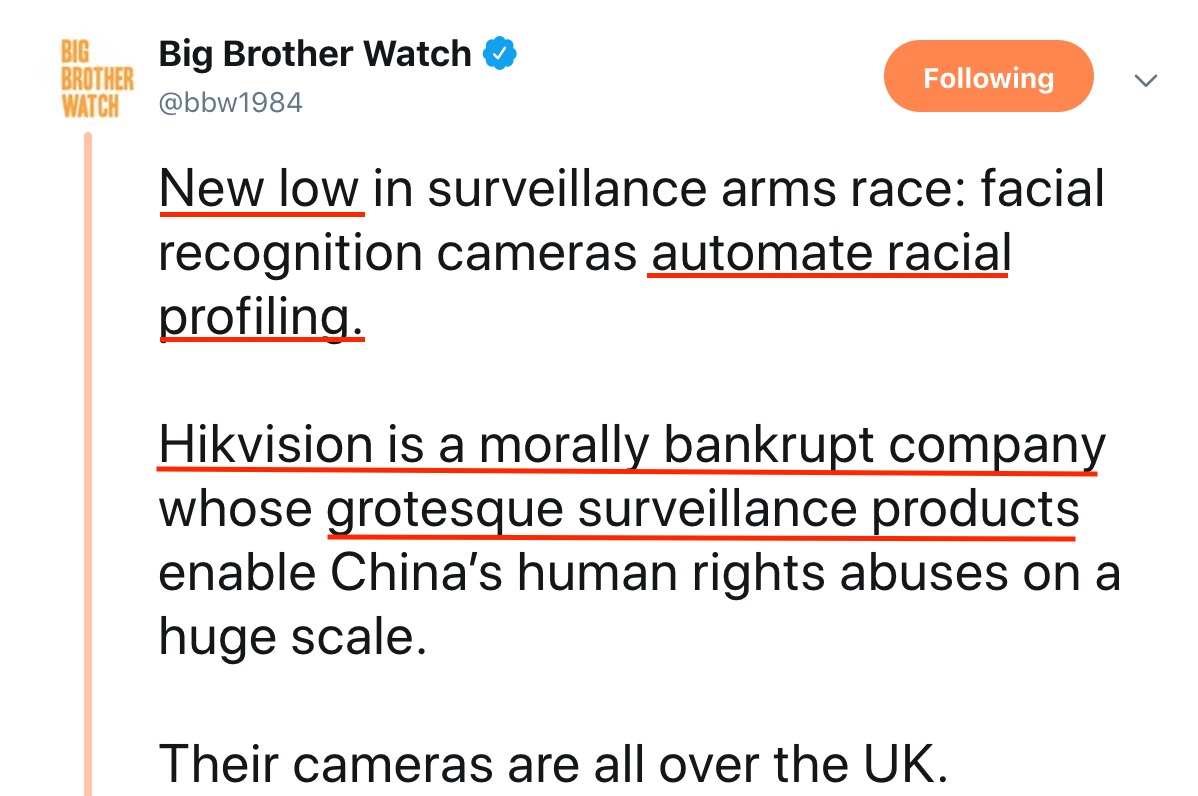 Big Brother Watch is one of the UK's main privacy rights organizations (others include Privacy International and Liberty.)

Notably, Big Brother Watch is the chief force behind a campaign to stop UK police from using facial recognition, and are also fighting against private use of the technology.

The UK is Hikvision's strongest Western market, where, by all accounts, Hikvision is not only the #1 video surveillance provider but also enjoys loyal public support amongst UK installers.

For example, Hikvision is so well regarded by UK installers that just weeks ago, a Hikvision UK partner quipped that they were 'partners in crime' with Hikvision: 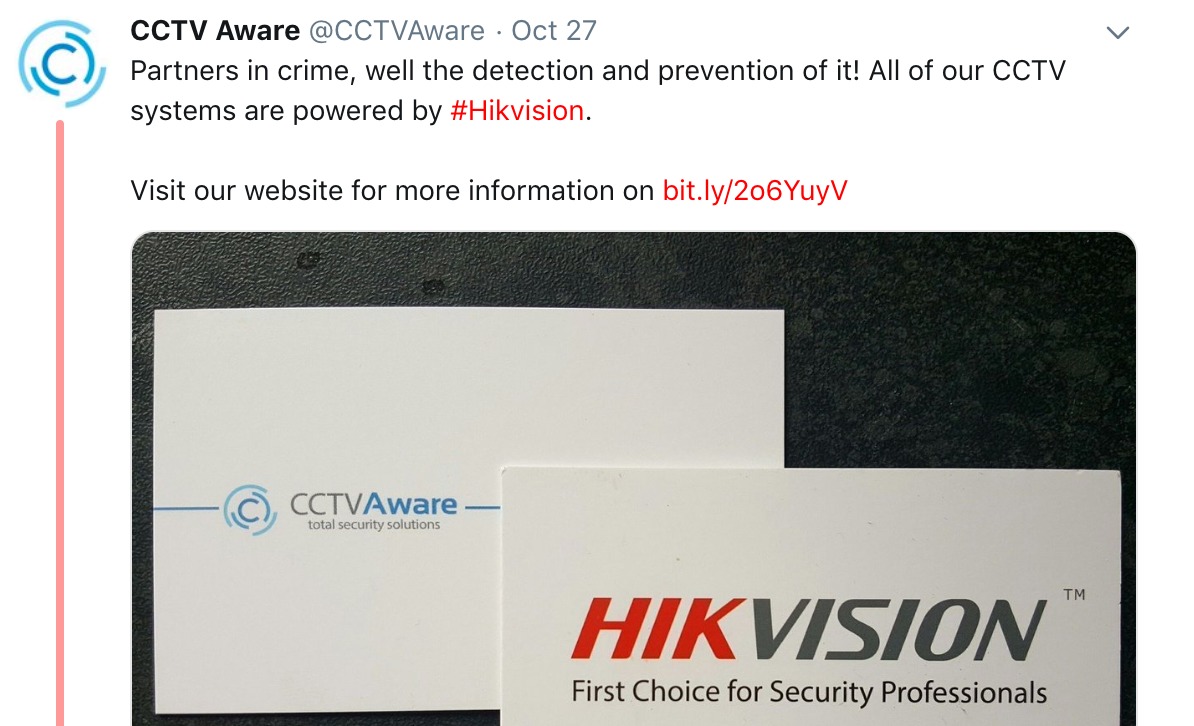 Certainly, that installer is committing no 'crime' but it shows the support Hikvision enjoys that their partner would say this while Hikvision faces ongoing ethical and moral criticism, including the US October sanctions for Hikvision human rights abuses.

The UK's Surveillance Camera Commissioner, Tony Porter participated in a Hikvision marketing event at IFSEC in London this June 2019, sitting side by side by senior Hikvision officials: 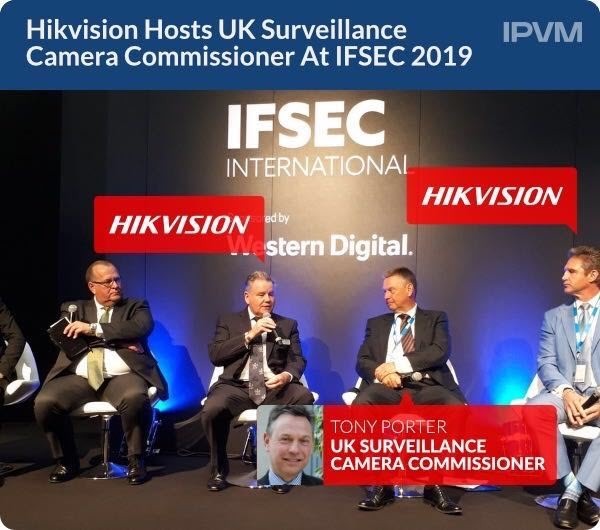 The Commissioner demonstrated little understanding of Hikvision's background and human rights issues when we interviewed him during IFSEC 2019. 5 months later, after the Big Brother Watch statement, his office tells IPVM that the "Commissioner is not available to provide a comment on this". If or when he is and he does comment, we will add it in.

Not only does Hikvision have strong UK backing, whatever one thinks about their 'moral bankruptcy', Hikvision is financially very strong. Hikvision reported over $7 billion in revenue and over $1.6 billion in profits for 2018. 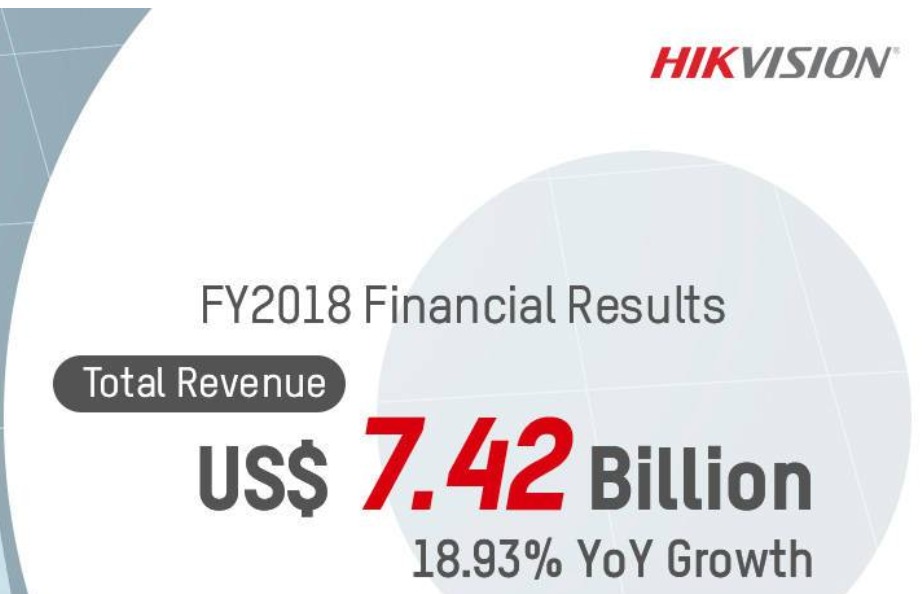 The numbers are astonishing for video surveillance. Hikvision reports more profits than Axis, the largest Western manufacturer, has revenue. Indeed, Hikvision makes as much money in China in a week than they make in the UK in a year.

This is a company, morals aside, that has little financial need for the criticisms of people in the UK or US.

Building Criticisms Even In The UK

Nonetheless, criticism is building in the UK. Earlier in the year, various MPs criticized Hikvision, most notably this speech by UK MP Karen Lee:

With the revelation of Hikvision's Uyghur analytics and how this has galvanized civil liberty watchers, including Big Brother UK, Hikvision may face more pushback on both sides of the Atlantic.

Of course it is! However, since some are voting no I would love to hear their argument.

How can you run out of something you never had?

My argument is simple, I accidently clicked no instead of yes and realised afterwards there is no way to change\revote!

Why yes, yes they are but.....given some of the current "leaders" of several countries which I won't name, I'd say its becoming the new acceptable global norm. So is Hik (China) REALLY doing anything wrong? We (as in all countries) should make sure we're not electing leaders with similar bankruptcies before we start pointing our fingers.

"So is Hik (China) REALLY doing anything wrong?"

this question is laughable. the answer is, without question, YES.

"We (as in all countries) should make sure we're not electing leaders with similar bankruptcies before we start pointing our fingers."

non sequitur - as described at logicallyfallacious.com

Update: Following IPVM's exclusive about Hikvision being chosen for Ireland's Children's Hospital being picked up by Ireland and UK media, Big Brother Watch has again called out Hikvision as morally bankrupt: 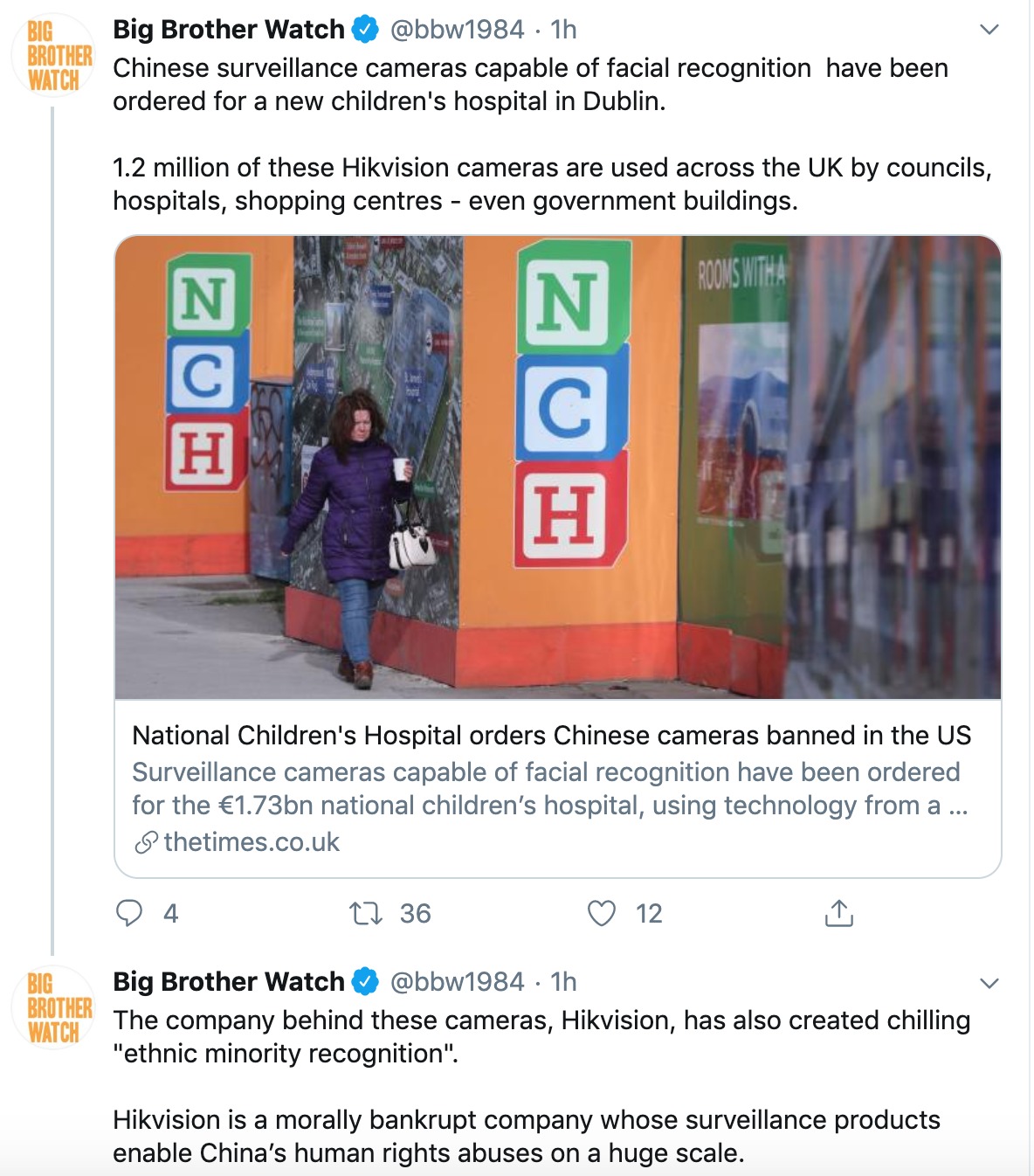