Bit rate control is an important element in transmitting surveillance video. The three most common options as explained in our CBR vs VBR: Surveillance Streaming Guide are:

Historically, Axis settings here have been misleading. Now, new firmware (5.60) has fixed this. In this note, we explain what changes they have made and what this means.

Axis has traditionally called its VBR with a cap setting "Constant bit rate" as shown in the image below from a camera running firmware 5.21: 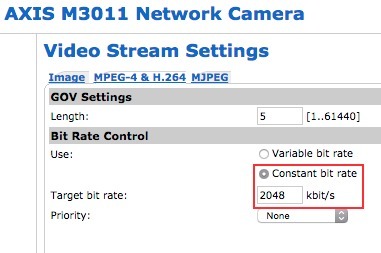 This made many believe that Axis actually supported CBR but not VBR with a cap, which was untrue. The "Target bit rate" setting used when in "CBR" mode actually acts as a cap, with bitrates only rising to this level if necessary based on scene complexity. 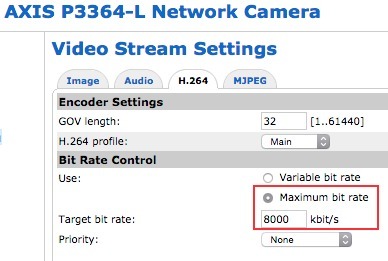 Maximum bit rate mode functions just as constant bit rate did. However, this language is much more clear, more in line with the rest of the industry, and may avoid confusion in new users.

Note that Axis cameras do not have a constant bit rate mode at all, only VBR, either capped or uncapped.

Using 'Max' or VBR With a Cap

IPVM strongly recommends using VBR with a max bit rate wherever possible. This allows bandwidth to remain low when scenes are less complex, such as daytime or interior shots, but it may increase as needed in higher complexity scenes, e.g., nighttime or busy intersections.

While the camera may increase compression at night to keep bandwidth within its cap, this reduction in detail is small, with little practical effect. Readers can see our Tested: Lowering Bandwidth at Night is Good report for more details.