Inside, we examine what happened, what Alarm.com told IPVM and the risks such outages have for the growing smart home / security market.

The outage began Wednesday at 5pm EDT as a message posted to the Facebook Burglar Alarms Online group showed:

On Thursday, Alarm.com sent an email to partners saying that by 5 and a half hours later, the outage was fully resolved, citing a database issue, as shown below:

We asked Alarm.com what they were doing to prevent this in the future and they responded:

We continue to investigate.

Interestingly, there were no official Alarm.com media reports with the company being silent on social media, etc.

The only discussion we found was on SS&SI's Facebook Burglar Alarms Online group:

Beyond that, Brinks Home Security, aka bankrupt ASCMA / Moni, did call out Alarm.com's outage for the reason they were down: 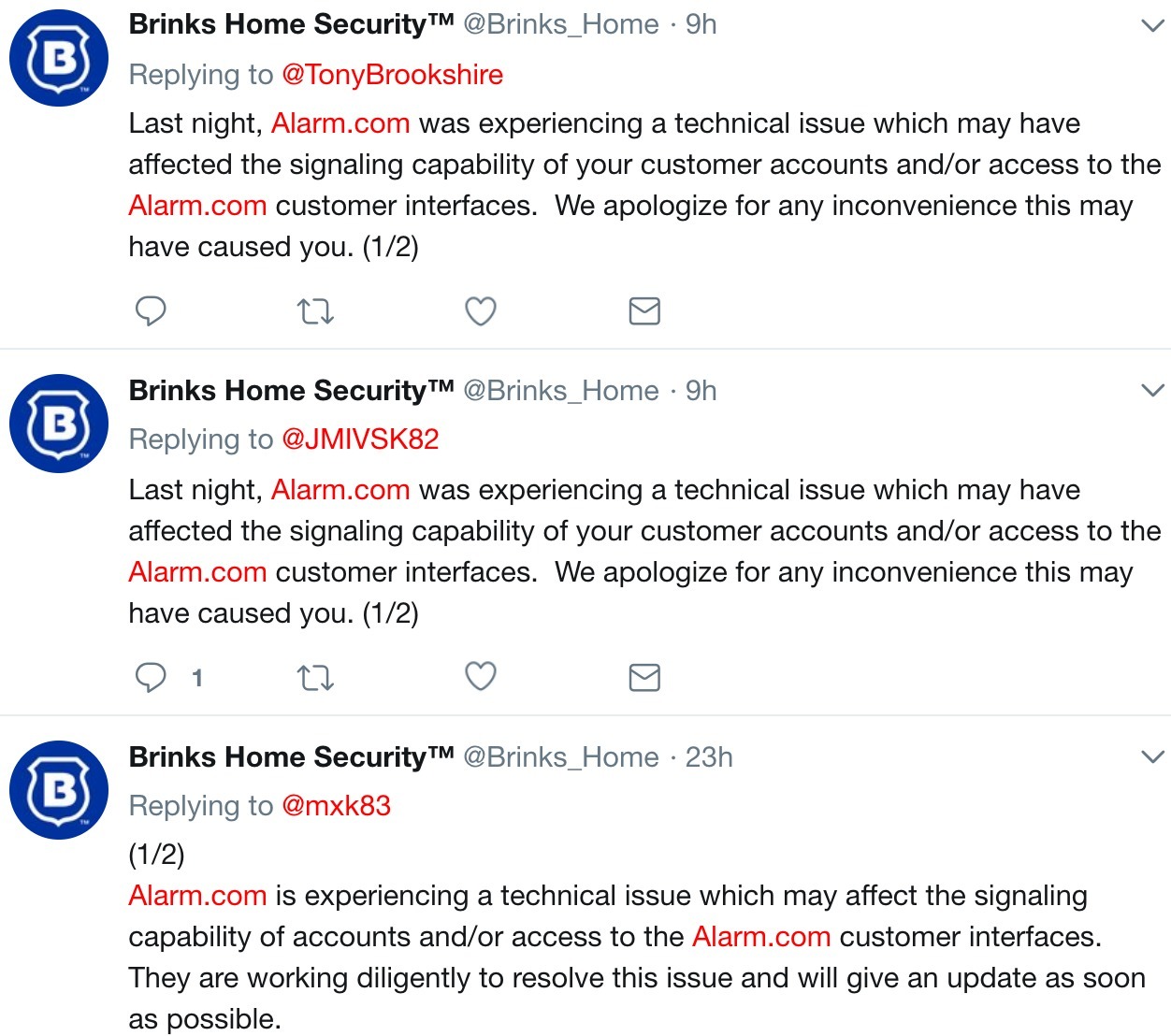 As Alarm.com touts on their home page, they have more than 5 million customer accounts:

When Alarm.com has an outage, obviously, a lot of people are affected.

And Alarm.com does market how they continue to provide protection even when power is out:

When Alarm.com goes down, especially as they continue to grow and these services continue to become more critical to users (including business ones where Alarm.com is expanding to), it poses significant risk.

It will be interesting to see what, if any, steps Alarm.com takes to prevent this going forward and how they can better communicate with their dealers and users proactively.