The Zmodo Pivot trumpets "motion detection in 360 degrees", claiming to detect and capture intruders behind itself, a truly rare camera claim.

Plus, they include other features atypical in home/DIY cameras like:

We bought and tested the Pivot to see how well all of these features performed and if this 360° motion claim was all hype or not.

The Zmodo Pivot's key selling point, 360° motion detection, simply did not work in our tests, failing in several ways:

Zmodo's included proprietary wireless contacts paired and functioned properly in our tests, notifying users of doors / windows opening or closing, but the camera's pan speed was too slow to move to the contact position in time to capture subjects properly, even with a subject moving at normal walking speed.

Finally, we experienced several stability issues in our tests, with the camera's pan controls becoming unresponsive or the camera rebooting several times.

The Pivot can be found online for ~$155 USD. Contact sensors are available for ~$10 each.

Zmodo's technical support was poor, with long telephone hold times (>20 minutes) and ~10 minutes to get an online chat operator. When we did reach support, answers were vague, requiring many follow up questions to actually find need information, and chat operators quickly disconnected after answering a single question, without waiting for any follow up.

The Pivot is cylindrical, similar in size to Canary or Piper, and is available in black, gold, and silver.  In the video below we provide a physical overview of the Pivot.

Pivot's motion detection performance was poor in a number of ways:

In our tests Pivot's motion detection failed to detect ~80% of the time. This is despite moving past the camera on all sides, at near ranges (1-2') as well as longer distance (~10-15'), quickly or slowly. The Zmodo app does not offer sensitivity settings or other adjustments to improve detection.

We asked Zmodo about these failed activations and they offered no suggestion for improving performance.

During testing, when motion detection did trigger, it was often delayed, as much as 45 seconds to a minute after the object was in the scene.

For example, in this clip our subject had already entered and exited the room when the camera moved to capture him (seen outside the doorway):

Because of the significant delays in detection as well as the camera's slow pan speed, Pivot's 360° clip recording was essentially useless in our tests. Subjects often had already left the area (seen above) or moved past the camera as it was moving, resulting in blurred images. Below we show a clip of a blurred subject with a still of the blurred subject overlaid on the clip.

In our tests, motion recordings were of inconsistent lengths, with some over 30 seconds, but others cutting off after only a few seconds. For example, in this instance the camera triggered motion and sent an alert, but did not move and recorded for only two seconds, showing only the back wall of a cubicle: 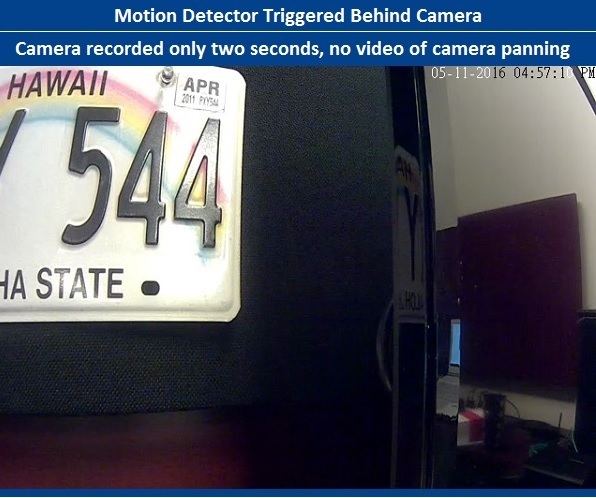 Pivot integrates wireless door/window contacts, recording and sending an alert when the object is opened/closed. Optionally, users may set a preset at the contact location, which the camera will pan to when it is activated. In our tests, sensors paired and alerted without issues.

However, due to the camera's slow pan speed, presets were impractical to use in our tests, as subjects had left the area before the camera finished panning to the contact location. In the clip below, the camera triggers based on the rear door opening, and as it pivots, the subject walks at a casual pace behind the pivot. Then the camera begins it's next pan when the subject triggers the door contact by existing the front/side door and is again missed due to the slow pan speed.

Note that Zmodo claims other accessories are available, such as controllable lights, air quality monitors, and smoke detectors, but these are not yet released. They do offer a smart doorbell (similar to Ring) and light bulb/camera combo (called Torch) which use the same mobile app. 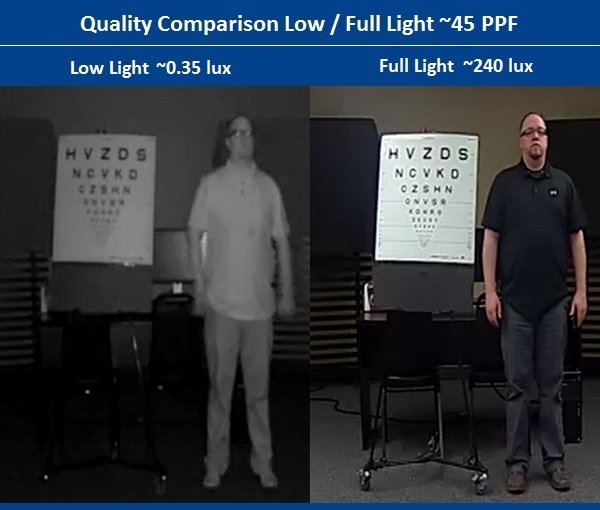