Wyze management is at fault for its massive data leak, not its 'employee', as it has centered the blame on. 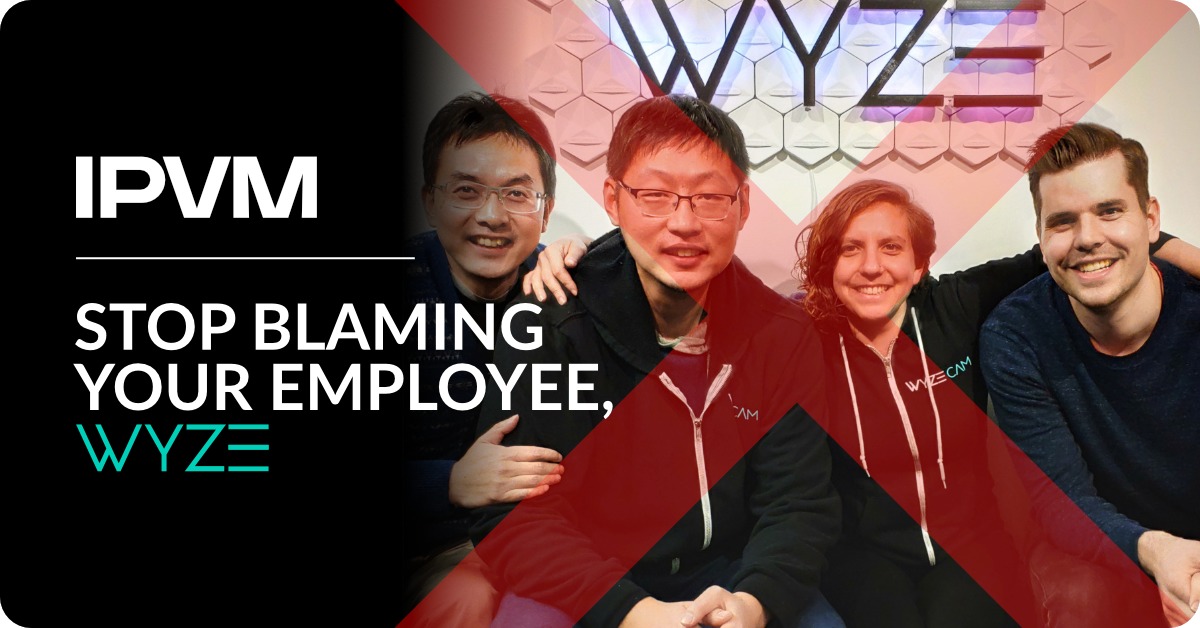 While blaming an employee is clever marketing, it obscures the real issue here - that Wyze failed fundamentally at providing cybersecurity controls for the millions of users of its service.

Wyze started this in their response to the leak, clearly calling out the employee who made the "mistake":

That narrative continued, culminating in the NY Times leading with the "employee's mistake":

On the plus side, this is clever marketing. By leading with an individual employee mistake, they can garner sympathy. Everyone has made a mistake. Forgive and forget, etc.

The reality is that Wyze management has to be held responsible. And not simply in a generic 'the buck stops here' way.

Even accepting Wyze's explanation of what happened, the following series of serious errors occurred beyond 'the employee':

But they are a poor engineering organization that rests heavily on other companies like their PRC China manufacturer Tianjin Hualai Technology.

Likewise, for their AI video analytics, they depended on XNOR.ai, with that partner abruptly canceling on them last month.

For a company that is literally named 'Wyze Labs', the reality is that their technical capabilities are insufficient for the massive customer scale they have now reached.

We are not the only ones who see a problem in blaming an 'employee', for example:

Not only is a Wyze' 'employee' at fault but Wyze emphasized their 'extremely fast growth'.

While some may say that the era of 'move fast and break things' is over, evidently not for Wyze.

Wyze has grown extremely fast. Their unmatched combination of super low-cost China technology and American e-marketing has made them a major security provider.

Now, the company's management needs to accept the responsibility that comes with their size.