Why PSIM Will NEVER Be Popular

Now, what if you were this family? 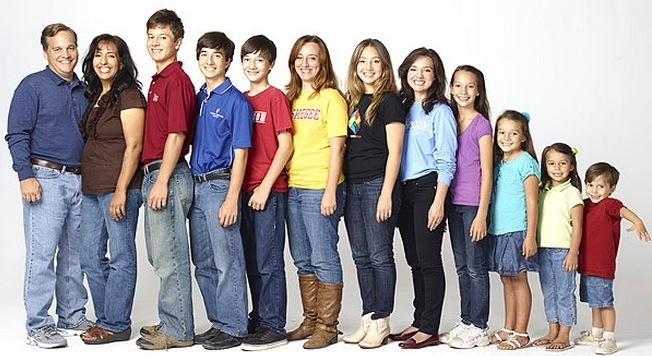 Now, a passenger van starts sounding like a lot of sense.

I guess you could try to fit them in a regular car but even if you are extremely 'flexible', that is not going to work well:

PSIM is the Passenger Van of the Physical Security Industry

Like it or not, PSIM is the passenger van of the physical security industry. There's lots to criticize about it and most will not touch it.

But, for those that are big enough or have sizeable enough problems, PSIM is the 'best' choice.

Fragmented market: There are hundreds of companies across video, access, intrusion, etc. No PSIM will ever integrate with even half of these and no end user is going to care how 'sophisticated' a PSIM is if they do not support their existing systems that they already paid hunderds of thousands or millions for.

Manufacturers Opposed to Easy Integration: Most video and access management manufacturers are opposed to allowing their rivals to have easy and complete integration with their systems. Sure, that would make PSIM work better but it would undermine the incumbent manufacturer's abilities to keep making money from their existing accounts (i.e., this increases the risk that the PSIM or its owner could replace the incumbent).

Even worse, many of the 'bigger' PSIMs are owned by large manufacturers (e.g., Tyco, NICE, Verint, etc.), making their rivals that much more reluctant to allow them integration.

And given the market barriers that shape it, different vendors will put together various combinations of 'PSIM-esque' technology, with varying levels of integration and functionality depth. And vendors will attack each other about their varying limitations and the make-believe market terms they create.

Once upon a time, PSIM was hyped, culminating with the laughable PSIM to be Worth $2.79 Billion 'forecast'.

Now, it is beaten worse than analytics. Vidsys, who claims to have invented the term 'PSIM' now cannot run away fast enough from it. This has left the conference room circuit to debate who destroyed PSIM.

That does not mean that PSIM has no value or that no one should use it. It's just a niche of a niche.

Stop fighting over semantics. Stop pretending these limitations do not exist. Try to make the best out of the mess that it is.

ARES Speaks On The Future Of Vidsys And PSIM on Feb 04, 2021
Vidsys the company is no more but Virginia HQ'ed ARES Security, acquired a...
Glossary / Acronyms for Video Surveillance on Feb 10, 2020
This directory provides definitions and explanations for over 90 common video...
Vidsys New President Interviewed on May 31, 2019
A decade ago, PSIM was hot with projections then of a billion dollar market...
Anixter Acquires 'PSIM Platform' Inner Range - "Heart of Our Technology Differentiation" on Apr 30, 2018
Anixter Security has made a bold move, acquiring what it calls a PSIM...
Tyco PSIM Proximex End of Life on Mar 06, 2017
The end of life for Tyco's PSIM Proximex is here, with no more product...
For Sale: PSIM Provider Seeking Offers on Dec 19, 2016
2016 saw a lot of acquisitions, and more are expected in 2017, now PSIM...
Comments (30) : Members only. Login. or Join.