Vivotek claims their FD816C-HF2 is the "World's Smallest Recessed Mount Camera", only 2.5" wide, shown here installed in a ceiling tile: 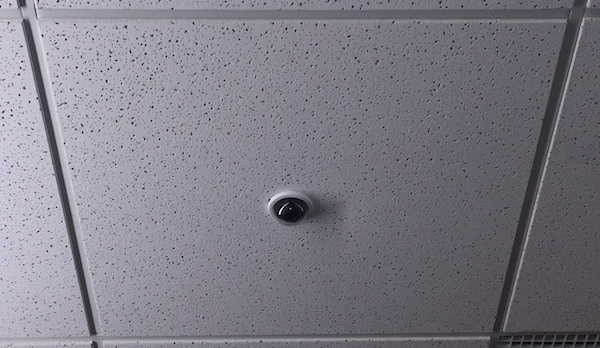 We bought one and tested it out since a number of members have asked about it. Inside we look at its size, installation, image quality, and more.

With a small footprint, the Vivotek recessed mount camera is a solid performer in full light and compared to other compact cameras we have tested it does well in WDR and low light. However, if compact design is not a requirement than you can do better by looking at full size cameras that provide stronger WDR performance and integrated IR.

While it is small, the camera will still need a ~2" hole cut into the mounting surface compared to a smaller access hole which would be needed for a surface mount camera's whip or network cable. The video below demonstrates how easily this camera is installed.

Note: As stated in the video the installation will be slightly more involved when IK10 vandal resistance is desired.

At only ~2" in diameter & ~4.5" in length Vivotek touts this as the worlds smallest recessed mount camera. In the video below we provide a physical overview.

In the comparison image below we show the results of the three light level tests. The camera did well in full light, where the image provides enough detail to identify subjects and read to the fourth line on the chart. The ~1 lux performance dipped as we are only able to detect subjects and possibly identify previously known subjects (co-worker, frequent patron, etc). The images from our ~0.1 lux test environment are only usable to detect that someone was present and lack the detail to provide descriptive characteristics of the subject e.g. race / gender / clothing details. 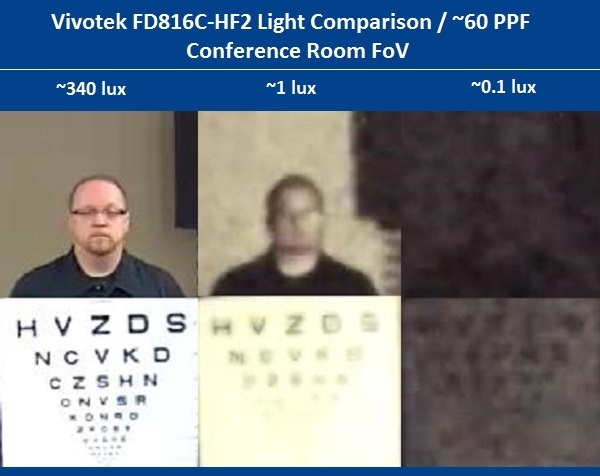 WDR on this camera is Vivotek's WDR Pro, which is true WDR. In the loop below we see two scenes; one with an intermediate entrance / vestibule and the other with a higher contrast entrance from direct sunlight.

The following firmware version was used for this test: