The Uyghur Tribunal has reached its verdict, determining that the PRC (China) "has committed genocide" in Xinjiang due to PRC government efforts to reduce the number of Uyghurs through forced population control measures. 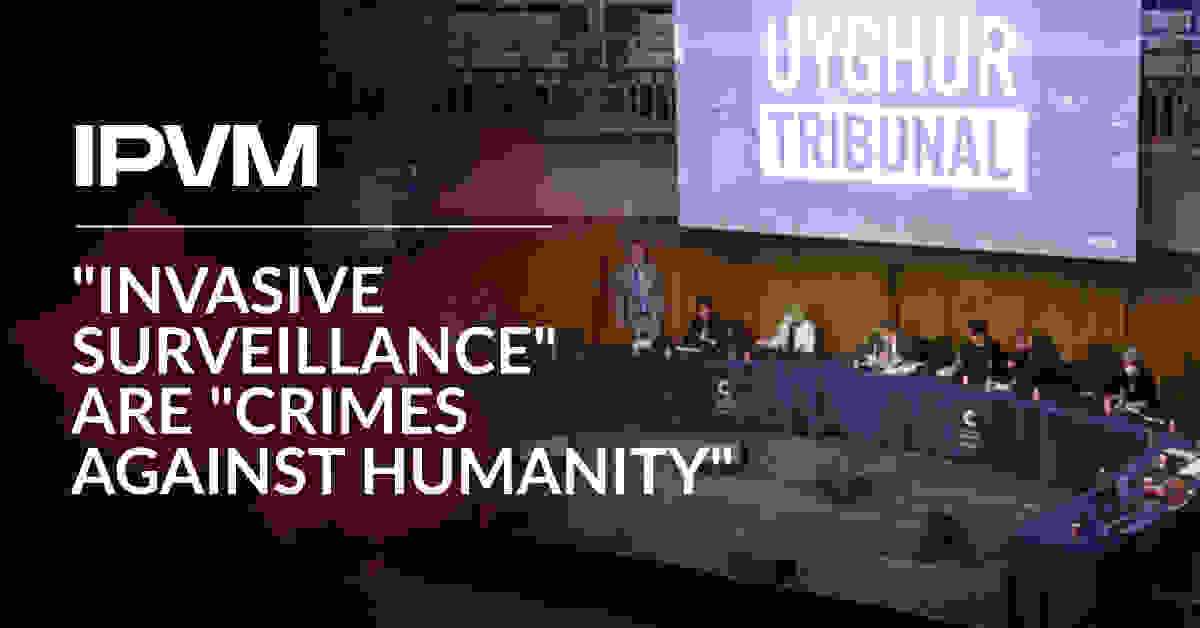 Additionally, the Tribunal concluded the PRC committed "crimes against humanity" against Uyghurs, with "invasive surveillance" cited as one reason.

In September, IPVM provided expert testimony on the role of Hikvision, Dahua, and other PRC tech companies in designing and operating mass surveillance systems to repress Uyghurs.

In this post, IPVM examines the court's decision and reasoning along with its impact.

Nice said he was "satisfied that President Xi Jinping, Chen Quanguo and other very senior officials in the PRC and CCP [Chinese Communist Party] bear primary responsibility for acts in Xinjiang." 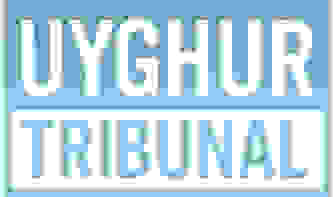 Nice served as the lead prosecutor in the UN war crimes trial of Serbian president Milosevic. However, unlike the UN, the Uyghur Tribunal has no legal authority, describing itself as an independent "people's court" made up of various prominent international human rights lawyers. The purpose is to document abuses, give closure to survivors, and help governments and individuals reconsider "how they interact with possible responsible States". For more on the Tribunal's background, read IPVM's prior coverage.

Genocide was determined due to the PRC government's "comprehensive system of measures to 'optimise' the population" by "reducing the birth rates and population growth of Uyghurs" through methods like "mandatory sterilisation and forced abortions": 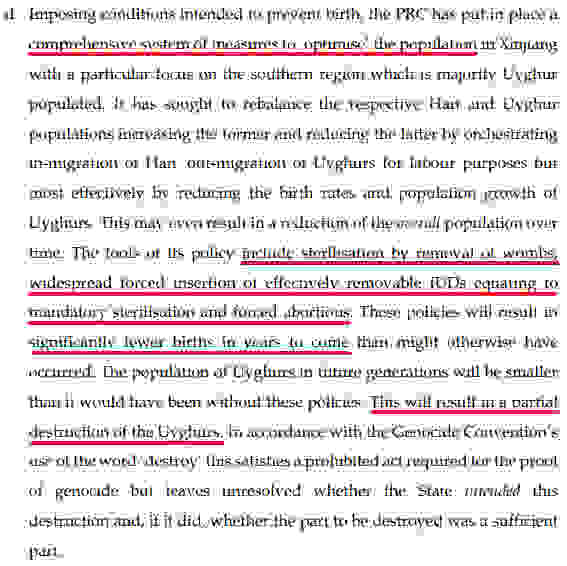 Such tactics result in "a partial destruction of the Uyghurs" which matches the Genocide Convention's requirement that a state intend to "destroy [...] in whole, or in part" any ethnic or religious group. Regarding intent, a key determinant for genocide, the Tribunal said the birth control measures "matched the revealed intention of the PRC leadership's policies."

As IPVM covered last month, the US Holocaust Museum determined Uyghurs face "serious risk of genocide" due to reports of the PRC going "beyond a policy of forced assimilation" by sparking "a sharp decrease in Uyghur birth rates".

The Tribunal also determined the PRC government's actions against Uyghurs constitute Crimes Against Humanity, as defined by the International Criminal Court, citing "pervasive surveillance systems" turning Xinjiang into "an open-air prison" as one factor: 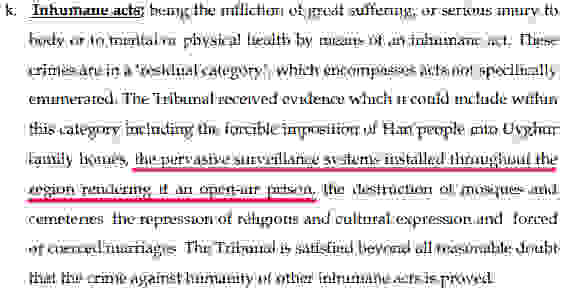 The Tribunal also emphasized the "comprehensive, invasive surveillance systems that penetrated every aspect of life":

In terms of specific surveillance, the Tribunal cited facial recognition, AI, and the Integrated Joint Operations Project (IJOP) which "monitor [...] every facet of Uyghur life". Overall, the Tribunal determined that most of the allegations against the PRC - forced deportations, persecution, "suffocating surveillance", forced labor, etc - did not constitute genocide, but crimes against humanity.

The Tribunal said it "has no power of any kind to sanction the PRC" but hopes "politicians, civil society, NGOs, and powerful individuals" who do have this power "will do so":

This increases the chances of governments enacting more sanctions against Xinjiang officials and companies profiting from the crackdown. For video surveillance, this could lead to more measures against Hikvision, Dahua, and others extensively involved in the region.

The PRC has not yet officially reacted to the verdict. UPDATE 12/09/21: the PRC reacted to in state media outlet CGTN, quoting a Foreign Ministry spokesperson that "the so-called final ruling by such a machine churning out lies is nothing but a political farce staged by a handful of contemptible individuals." The spokesperson added, according to state media Global Times, that "this farce is doomed to be rejected by all and end up in the dustbin in history": 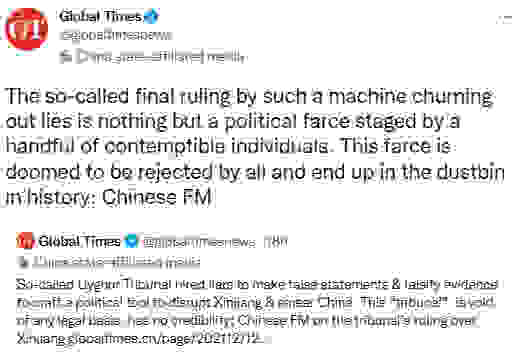 Three days ago, Xinjiang's regional government spokesperson said the Tribunal was based on "lies of the century" which "disrespects the true victims of genocide", describing it as set up by "anti-China forces": 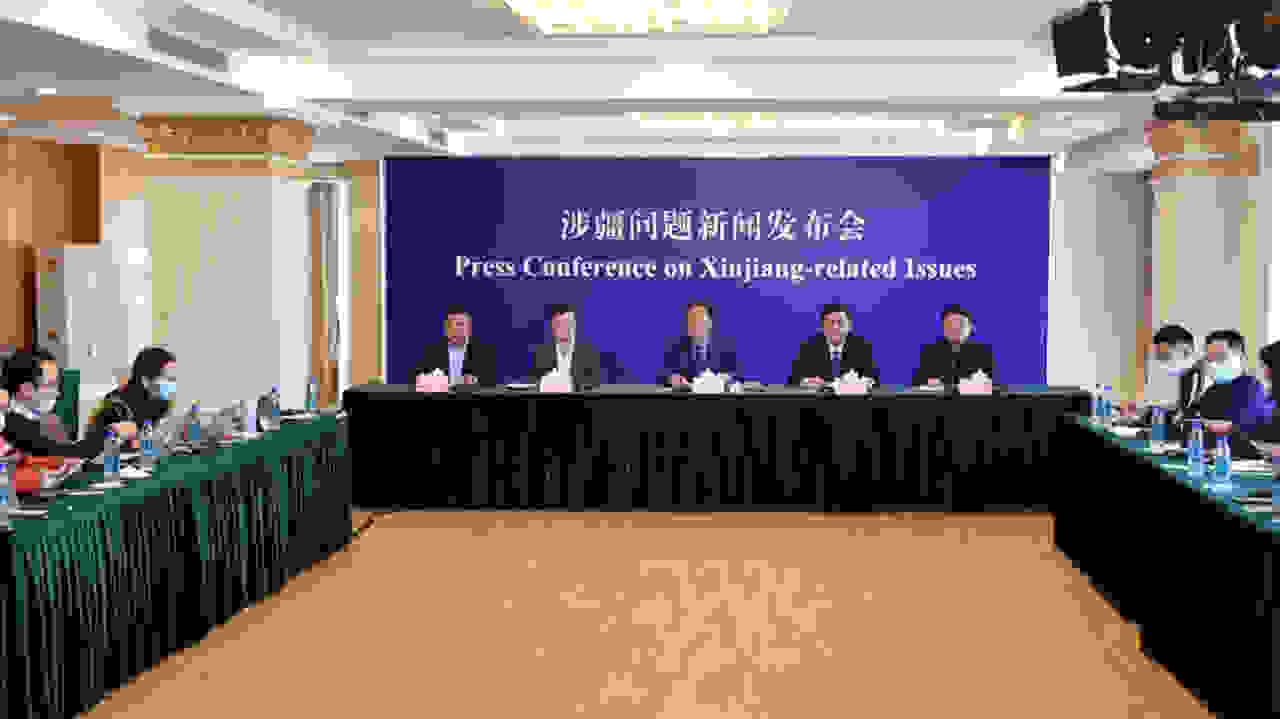 Regarding these allegations, the Tribunal has emphasized it is "completely independent", repeatedly requesting the PRC provide evidence to counter the allegations, and stating in its verdict that "no adverse factual inference of any kind was drawn against the PRC or any other body for failure to respond positively to requests for evidence or assistance made by the Tribunal."

IPVM testified to the Uyghur Tribunal in September on surveillance abuses, full testimony below:

Update (12/09/21): PRC China reacted to the Tribunal’s verdict in state media outlet CGTN, quoting a Foreign Ministry spokesperson, “The so-called final ruling by such a machine churning out lies is nothing but a political farce staged by a handful of contemptible individuals.”

Hikvision Dominant Provider of Xinjiang Command Centers on May 10, 2022
Hikvision is the dominant provider of Xinjiang regional "command centers",...
'Hikvision Cameras In My Concentration Camp Cell,' Says Victim on Apr 25, 2022
3 Hikvision cameras monitored a Xinjiang concentration camp survivor's every...
"Not Welcome in the UK": Hikvision Protested At London Roadshow on Apr 13, 2022
A recent Hikvision UK event was met by activists waiving signs that read "No...
DeepGlint: Uyghur Detection, Race Analytics, PRC Police Deals on Apr 07, 2022
PRC AI company DeepGlint was sanctioned by the US in July 2021 citing...
UK's The Security Event 2022 Show Report on Apr 06, 2022
IPVM is wrapping up its coverage of The Security Event in Birmingham, UK...
Hikvision Objects To Xinjiang Answers, Claims "Commercially Sensitive Information" on Mar 24, 2022
After 8 months of refusing to answer questions from a top UK official about...
UK Commissioner Will Cancel Speech Unless Hikvision Answers On Xinjiang UPDATE: Cancels on Mar 17, 2022
Just days after declaring that buying Hikvision puts "money over values", the...
UK Camera Commissioner: Buying Dahua and Hikvision Puts 'Money Over Values' on Mar 14, 2022
The UK government's top surveillance official is warning authorities about...
"They Could Watch Everything We Did": Video Surveillance Against Uyghurs Inside And Outside The Camps on Feb 21, 2022
Surveillance against Uyghurs by PRC manufacturers has been a major emphasis...
Comments (5) : Subscribers only. Login. or Join.