The Coolest New Access Control Product In Years is from Tyco

3 things that you or I may have never contemplated together.

Tyco Emerald works like a normal reader, but it also is a weatherproof touchscreen, scrambled keypad, intercom, and digital sign. Even more surprising, it's not from Tyco's Software House or Kantech access lines. Instead, this reader belongs to Tyco's newest access line, IP-based CEM Systems. 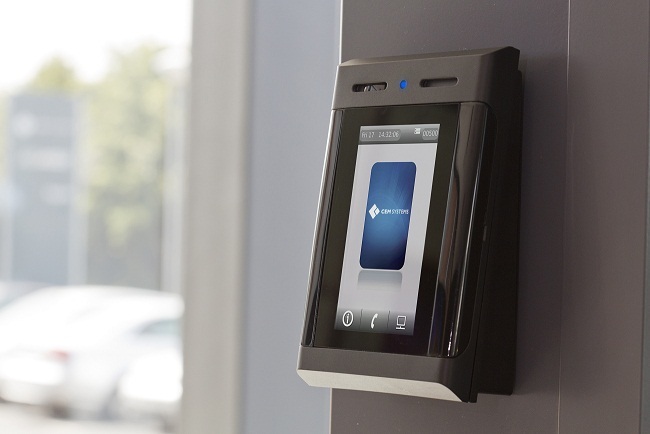 More than just a contactless card reader, Emerald is a terminal unit for several other functions and systems. Those features include:

Emerald is a combination reader and controller, and door peripherals like locks, RTE sensors, and position switches are connected directly to it. The unit itself is network connected to the 'head end' management server, and is PoE powered.

The basic unit does not include intercom features and is not licensed to read HID card formats, meaning it reads MiFARE/DESFIRE only. The top end unit comes equipped with VoIP intercom and reads HID's iClass and 13.56 MHz formats lists at $2060.

CEM sells through approved dealers only, and has expanded into the North America market in Summer 2014. As such, availability and pricing vary based on region.

As a door reader interface, the combination of features that Emerald offers are it's biggest strength.

Multifactor Authentication: While PIN keypads being paired with readers are not uncommon, high security scramblepads are. Emerald can grant or deny access based on a combination of credentials.

Multifunction Ready: Emerald also can push other questions to be answered before access is granted. For example, if an employee attempts to enter a hazardous area, they are also asked 'Are You Wearing Protective Gear?" The employee must answer 'Yes', and that disclosure is logged by the system before the door unlocks: 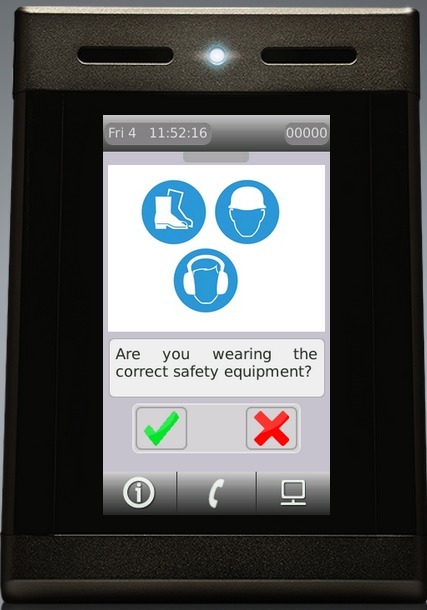 Picture ID: The unit can also display details about the cardholder, including badge photos, whenever a card is presented. This means that verification can happen at the reader by security guards or other employees standing nearby: 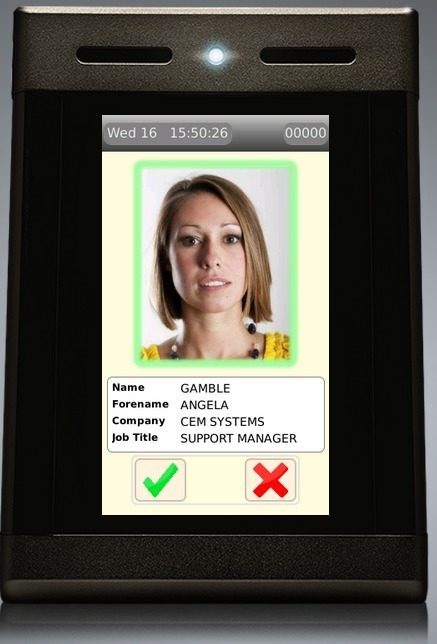 System Terminal: Emerald also provides a way for users to interact with the system without needing a workstation. For example, security guards can login to the unit and query reports from the terminal, and the unit can ever serve as a "muster point interface" for users to check-in on during emergencies.

CEM Only: Essentially Emerald only is compatible with CEM's AC2000 access system only. Given the platform is new to the major North American market, and a relatively small player in Europe, most systems will not be able to use the interface. However, Software House has plans to expand Emerald to CCURE (see: Future Expansion Plans section below).

Combo Reader: As we noted in our Combo Reader / Controllers Tutorial, there is a risk in mounting a door controller on the unsecured side of an opening. While provisions like tamper switches and external wiring busses can mitigate this risk, the unit must be installed and configured properly to use them properly. The risk may simply be too great for some high-security users to accept.

When contrasted to typical credential readers, like those in HID's iClass SE line, Emerald offers many more features, but is also more expensive. Given the keypad equipped RPK-40 runs about $250, CEM's Emerald costs about 6X to 8X more.

Right now, Emerald is a CEM only access terminal, but that could be changing. Tyco tells us they have road mapped development of a CCURE/ iSTAR based version of Emerald for the Software House line. That development is early, and availability is likely at least 18 - 24 months out.