Xiaomi's revenue is 4 to 5 times larger than Hikvision's. Only in business for 5 years, Xiaomi has rocketed to be one of the world's most formidable electronics and smartphone manufacturers, with an astounding $45 billion valuation.

Their ambitions extend to the IP camera market, with their Xiaoyi Yi smart camera. We bought one from Amazon for ~$50 to see how well it performed.

The Yi was easy to setup and easy to access live video but poor on playback, export and motion detection. Unlike most in the space, Yi provides free ongoing cloud access (with SD card) and no monthly service charges / plans.

For ~$50, the Yi, like the $30 Walmart Momentum IP Camera, drives prices down significantly in the consumer camera segment. For those who could not justify a ~$200 Nest, Canary, or other Western DIY cameras and mostly want live video, this class of cameras will be quite appealing.

The Yi Home camera sells for as low as ~$40 USD on Amazon (not including SD card, an additional $20 for 32GB). Compared to others, such as the Nest Cam, Canary, or Samsung SmartCam (all ~$200), this is significantly lower. Others are slightly lower, i.e., $30 Walmart Momentum Camera, with some are slightly higher, such as the EZVIZ Micro (~$60).

There are no recurring fees for cloud access or recording, as all video is stored to the camera's SD card. No cloud recording plans are available.

Xiaoyi only offers tech support by email, chat, or social media. No telephone support is provided. This may be a problem for inexperienced users, as the added time to receive support replies makes troubleshooting issues difficult.

Yi Home is incredibly similar to Dropcam/Nest Cam, down to the design of the round camera "module", with the main difference being the white/black plastic stand instead of metal. We actually tried to swap the two in each others' stands, but Yi is slightly smaller.

The cameras are shown side by side here for comparison: 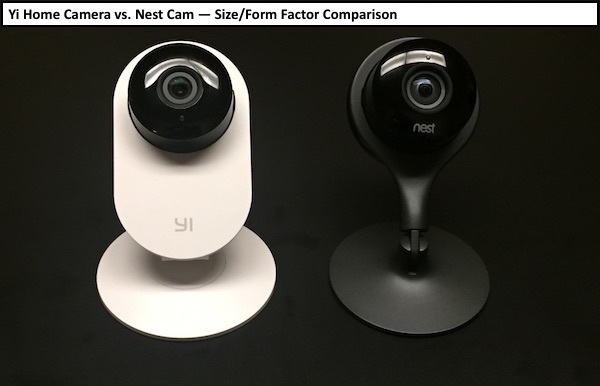 The Yi setup process was very simple, with voice prompts from the camera and mobile app walking the user through. Users plug the camera in, create an account, enter wifi information, and hold up a QR code to a phone to connect it to their account. The entire process takes 2-3 minutes.

We show this process in this video:

The Yi Home supports a mobile app (Android and iOS) but not a web client.

Live video works simply by tapping on the camera you wish to view, with video loading in a few seconds. Notably, latency was generally low, about a second or under, unlike some other cloud cameras.

Archived video (from the SD card) is available in two ways:

Unlike many cloud cameras, playback is limited, however. No fast forward or slow controls are provided, only play/pause.

Activity clips may be exported by clicking the share button on each, but a clip may not be generated from the timeline. Given the camera's unreliable motion detection/alerts, this may be a significant issue.

We review the app in this video:

Motion detection of the Yi Home was unreliable. At times, subjects were simply not detected, despite the camera being set to highest sensitivity and the subject very near the camera. At other times, motion was triggered, but recording cut off while the subject was still in the FOV and moving, as seen in the clip below:

Motion detection reliability was a common complaint in online reviews, as well.

Image quality of the Yi Home is decent, but not impressive, suitable for detecting a person in a room, but not for capturing facial details unless at very near range.

The camera's IR illuminator is sufficient to moderately light a small area, such as an residential room or small office, but not larger areas. 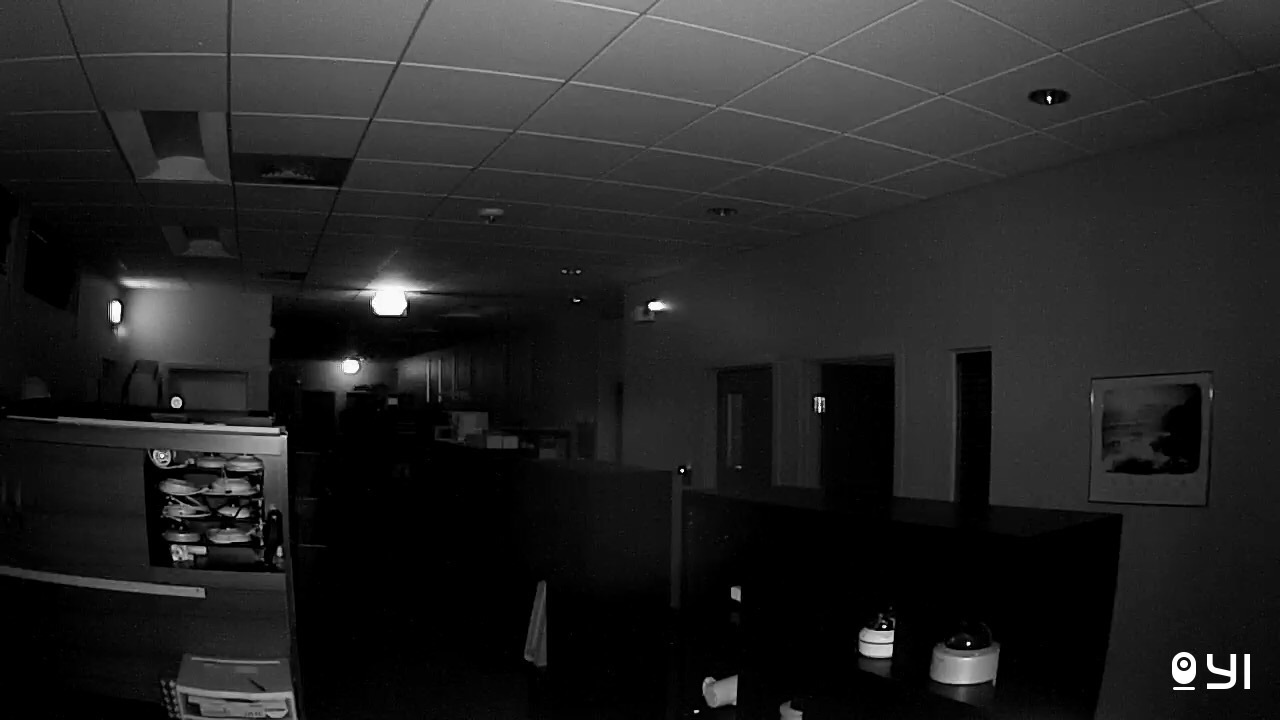 We ran a Wireshark trace of Yi's connection process to its cloud servers. Like other cloud connected cameras, the trace shows TLS tunnel setup, certificate exchange, and connection, followed by packets only shown as "application data", as they travel through the TLS tunnel.

The camera contacts a few IP addresses in China initially, seen below. These addresses do not appear to be publicly registered to a specific entity, simply shown as "Chinanet" in various lookups. Most traffic once connected was between the camera and Amazon Web Services.

Directory Of Consumer Security Cameras on Aug 16, 2017
The consumer camera segment continues to grow, with new startups and models...
Samsung SmartCam A1 Totally Wireless System on Jun 06, 2017
Hanwha is keeping the Samsung brand alive in consumer cameras with the...
Yi 2 Intelligent Camera Test on May 11, 2016
Mega Chinese manufacturer Xiaomi's investment into the security space,...
Dropcam and Nest CEOs Fight, Alarm System Coming on Mar 24, 2016
The Information, a subscriber only Silicon Valley technology site,...
Camera Doorbell Startup Ring Now With ~$100 Million Funding on Mar 16, 2016
Smart doorbell startup Ring has raised an additional USD$61M in...
Blink Totally Wireless Camera Tested on Feb 12, 2016
Wireless cameras almost always still need a wire for power. Given that, many...
Goodbye Dropcam, the $50 Home Security Camera Era Is Here on Feb 10, 2016
Remember those days not too long ago where a $200 home security camera with a...
Comments (18) : Subscribers only. Login. or Join.