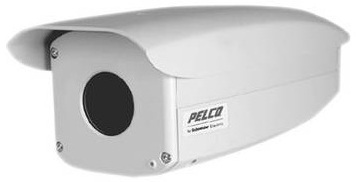 In this report, we share our test findings of Pelco's Sarix TI Thermal cameras [link no longer available]. While relatively new to the thermal market, Pelco has been making big claims about how its all digital processing and design increases image quality and detection range. We put it to the test against Axis, DRS, FLIR and Sightlogix to see how accurate those claims were.

No cost analytics: Only Pelco and Bosch include analytics on-board thermal cameras at no additional cost. This would deliver significant savings if the performance is acceptable. We have not tested analytics on any thermal cameras yet but are preparing to do so in a future report.

If detail in the near field is more of a concern than contrast at range, the Sarix TI is likely the best fit of the cameras we have tested. Though it offers fewer image adjustment features than some others, no other cameras matched its details delivered at closer ranges.

However, using defaults, we found the Sarix TI handled lower contrast scenes worse than most competitors. Some of this may be compensated for by adjusting image enhancement settings. Novice users may not know this, or how to best adjust settings, and increases in contrast and gain may lead to added noise in the image, negatively impacting detection.

In this video, we provide a physical overview of Sarix TI camera. Users should note:

In this screencast, we provide an overview of Pelco's web interface and configuration. Relative to other cameras in our test, such as FLIR or Axis, there are few accessible options in the Pelco interface. Image adjustment settings include only palette (white hot, black hot, and rainbow), image enhancement, and sharpness. Pelco intends for the default settings to be useful in most applications. Users may want to adjust image enhancement, which mainly changes contrast, if they are in more difficult scenes.

In our thermal cameras shootout, Pelco provided more detail at close ranges than competitive cameras. This is most visible in the subject's clothing, where his vest can be distinguished from his shirt, and glasses can be made out on his face, even at 384x288 resolution. While thermal cameras are generally considered to be used for detection only, details such as these may be useful in identifying subjects post-event. 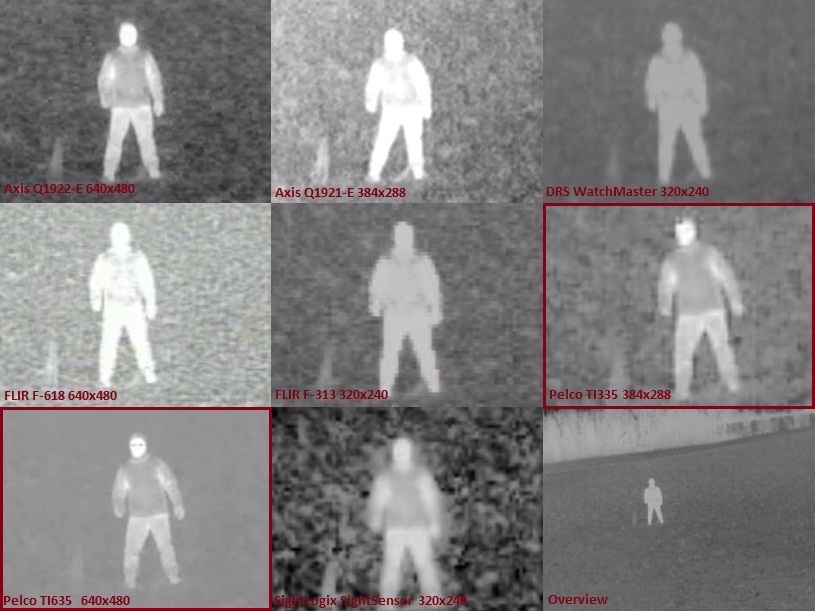 At ~1,800' range, contrast between our subject and the trees in the background is much lower, making him more difficult to detect compared to most competitive cameras. Note that this test was conducted using default settings. Increasing the image enhancement setting may compensate for the contrast reduction at this range. 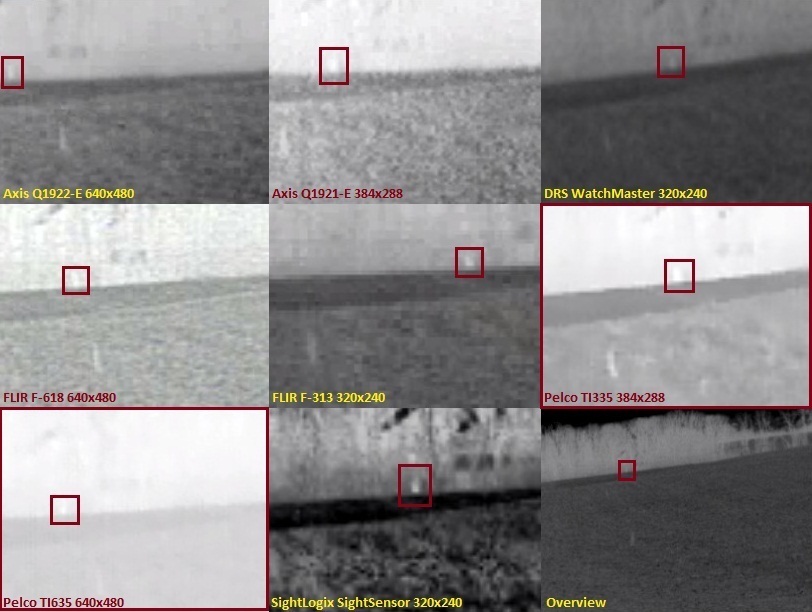