Capturing license plates is one of the most requested, and underserved areas, in IP cameras. The question comes up a lot, and there are not many purpose built options.

One of the few IP / MP License Plate Capture cameras is from Geovision, the GVLPR HybridCam [link no longer available]. So we bought one and tested it. 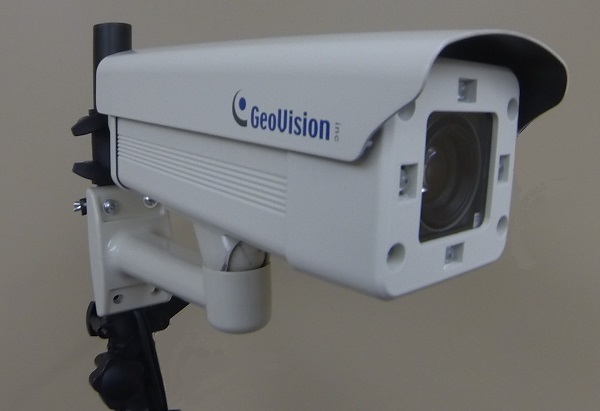 In this report, we examine the physical construction, software configuration and fundamental performance of the camera during the day and at night at speeds up to ~40 MPH.

The GV-Hybrid 10R [link no longer available] is a dedicated license plate capture camera with the following notable features:

Readers should note that this camera is part of a larger license plate capture shootout, to be published in the near future.

The GV-Hybrid 10R is a solid choice for those seeking a low cost, reliable license plate camera capable of high speed capture without configuration or optimization. However, note that vehicle color information or scene overview will require a secondary camera. If speeds are low enough (about 35mph and below) day/night IR bullets may better serve the scene.

This video reviews the physical construction of the GV-Hybrid 10R. Users should note:

Due to the camera's fast exposure, GeoVision provides a special "setup mode" to aim and focus the camera. This mode slows the shutter to about 1/30s so users may see the entire field of view and fine focus. This comparison shows setup mode on vs. off:

Users should be careful to turn setup mode off after installation. Leaving this setting turned on will result in blurry images due to slower exposure, seen here: 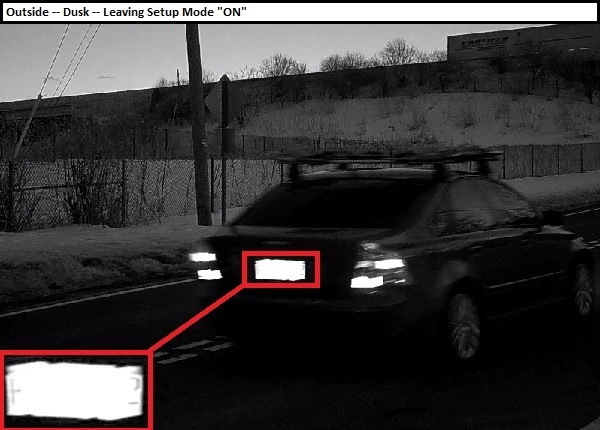 Users looking for a general overview of the GeoVision web interface may also refer to this screencast, taken from our review of the GV-UBX1301:

Users new to license plate capture may be startled at first by the dark images produced by the GV-Hybrid 10R. As a true capture camera, it is optimized to reliably provide images of number plates, requiring a faster exposure time more than 10x typical surveillance cameras, and thus producing overall darker images of the scene.

The image below shows the full field of view of the GV-Hybrid 10R across two lanes of traffic at night, about 1 lux. Note that while most of the image is completely dark, the plate stands out, reliably clear: 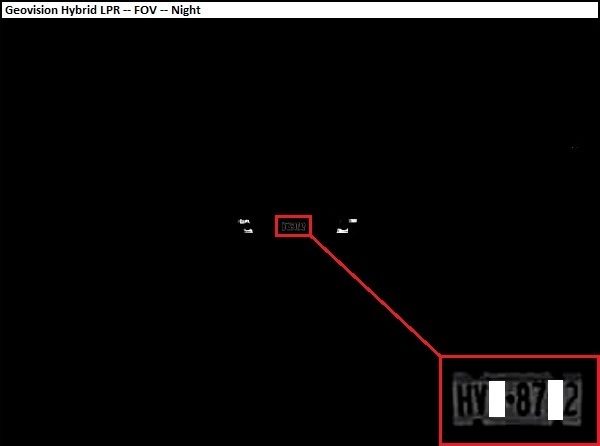 During the day, sunlight is bright enough to provide more scene information, allowing vehicle make and model to be determined. However, as a monochrome camera, no color information is provided. 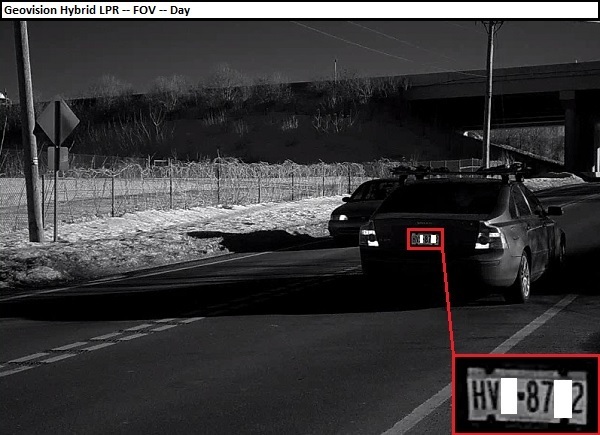 Below is an image showing the capture performance of the camera with a car moving ~40 mph through the scene. 100% of plates were captured in this scene:

And at night, the plates are once again consistently captured, though notably dimmer.

Capture is demonstrated in this video, showing two cars moving through the scene at ~40 mph. Readers may download this video in AVI format or the Exacq standalone player to see this for themselves.