FLIR's integrated IR PTZ, the DNZ30TL2R claims a whopping 150m (~500') IR range and HD resolution. Distances like these have historically been possible only with expensive high-end positioning systems which required expensive illuminators and motorized lenses.

We bought one of these new integrated IR models and tested it against an Axis Q6045-E, a common 1080p HD PTZ, to see how it matched up. 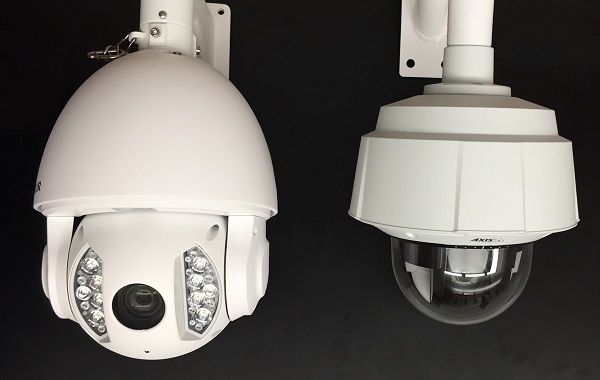 Inside we look at these questions:

The FLIR DNZ30TL2R sells for ~$1,400 USD online. This pricing is quite inexpensive compared to most HD PTZs (~$2,300 average) which typically do not include integrated IR.

If surveillance of subjects at long range is the main goal of the camera, the DNZ30TL2R offers some of the longest IR range we have seen, at a price similar to many SD PTZs. However, at closer ranges (<100'), IR overexposure is common, so if subject details are a key concern, we do not recommend it. Finally, if license plate capture is a requirement, the DNZ30TL2R is unsuitable, as the camera was unable to capture at any range due to overexposure.

This video reviews the physical construction of the camera:

Similar to the Dahua HDCVI IR PTZ from past tests, the FLIR DNZ30TL2R did not properly autofocus when tracking moving subjects. Only after stopping the camera for a few seconds did autofocus properly resolve. This is shown in the following video:

We tested the cameras outside in a parking lot with minimal outdoor lighting, varying between 0.3-0.5 lux at night. approximate distances are shown in this overhead view:

The DNZ30TL2R includes 12 IR LEDs: two wide angle, smaller LEDs used when zoomed out, and four larger, higher power LEDs used for long ranges. These LEDs turn on and off and adjust power depending on zoom level, seen here:

At ~500', our test subject is clearly visible in the FLIR IR PTZ, though without usable facial details. Additionally, 2-3 lines of the test chart are legible, while the Axis non IR model is unable to produce any usable images. Since it is extremely reflective, the license plate is extremely overexposed and impossible to read. 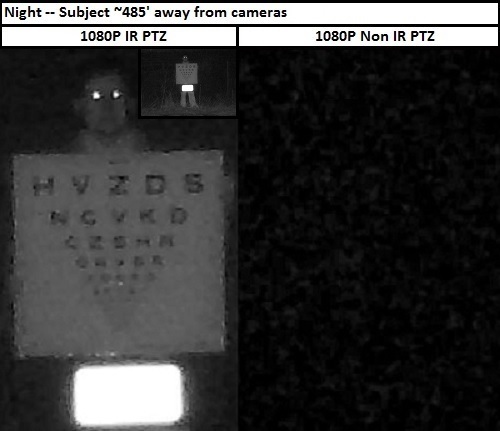 At 250', subject details improve in the FLIR PTZ with some usable details such as facial structure and hairstyle. The test is moderately overexposed, limiting legibility to line 5/6. Again, the license plate is overexposed and illegible. 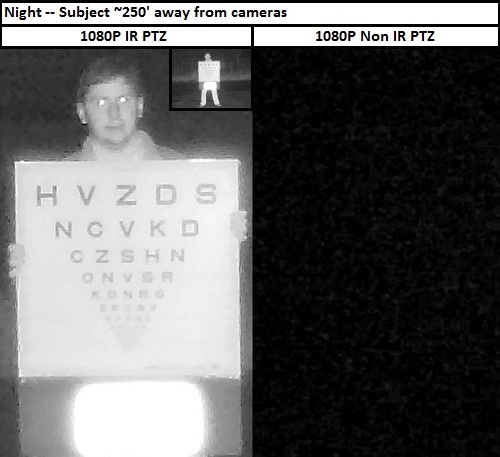 At 100', facial details are moderately clearer, but overexposure worsens, with lines below 2 washed out. 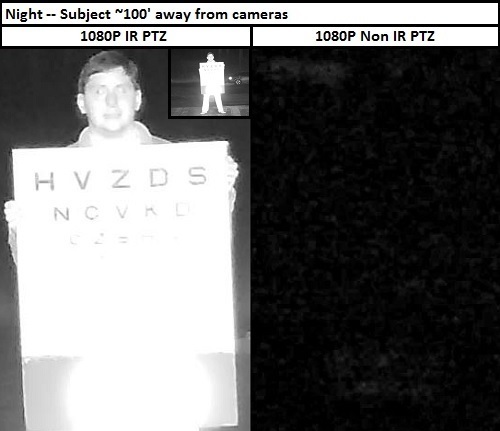 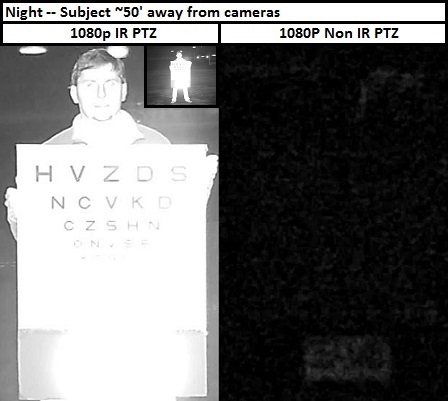 At ~450' range, due to its longer zoom lens, the FLIR IR PTZ provides moderately better details than the Axis non-IR model, with 1-2 more lines of the chart clearly visible. 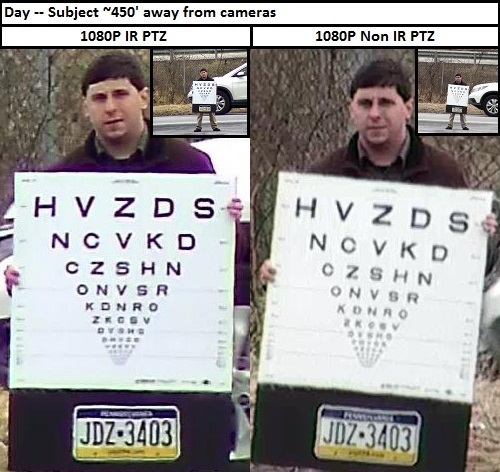 The same was true at closer rangest as well, though far less pronounced, as in this image, at 250': 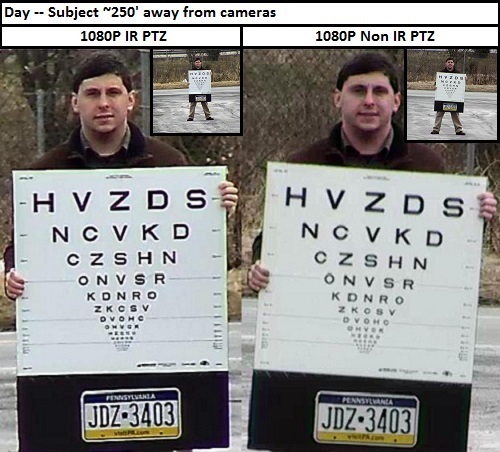 And finally, at close range details are similar, though smaller lines of the test chart are more difficult to read in the Axis camera, due to slight overexposure. 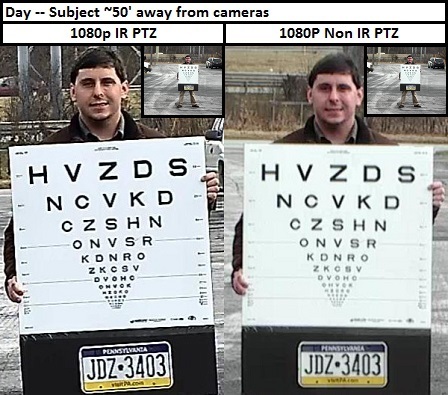