Codecs like H.264 reduce bandwidth by only sending full frames every so often, mixing them with partial frames only capturing changes in between the full ones. They are called 'I' frames because they are the initial / full frames, followed by 'P', or predictive frames.*

Note: if you are not familiar with codecs, please read our Surveillance CODEC Guide before continuing.

Since I frames require much more bandwidth than P frames (frequently 10 or 20x more), some will argue that reducing the rate of I frames will reduce overall bandwidth significantly. For instance, instead of having an I frame each second, reduce it to 1 every 5 seconds.

On the other hand, some will argue that reducing I frames can result in quality problems because it can be harder for the processor to continue to faithfully update and represent the image if it has changed significantly since the last I frame.

We seek to answer these two questions:

In order to answer these questions, we used five 720p cameras at various price points and performance levels:

We aimed these cameras at a toy train set to create consistent motion, and varied I-frame levels from a default of one per second to as high as five and as low as one every four seconds. 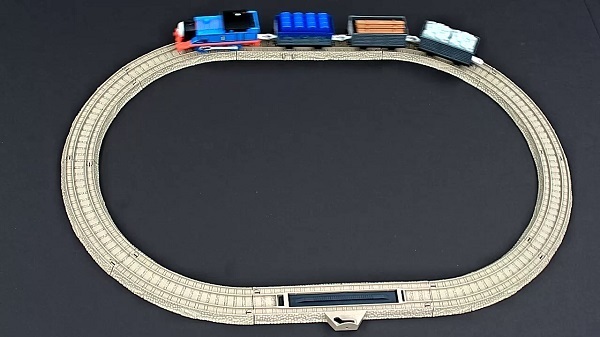 There are several key takeaways from this test:

In this video, we show I-frame interval's impact on image quality due to varying degrees of artifacting. Intervals tested include:

Users should note the drastic reduction in image quality as the number of I-frames is reduced, as well as the minimal gains when increasing.

When increasing the time between I frames, bandwidth declined across all cameras, but modestly, as shown by this graph:

The chart below shows the raw numbers and exact percentages:

By contrast, increasing the number of I frames so that there were multiple ones in a second, significantly increased bandwidth:

This chart shows the differences in bandwidth when increasing from one I-frame per second to 2.5 and 5. Notes that Dahua did not allow for faster rates, so was excluded from these tests. Also, see our notes about Bosch's bandwidth/compression performance.

The images below, taken from AVInaptic, illustrates two things:

Unlike all other cameras in the test, the NBN-733V did not increase bandwidth when I-frame interval was decreased, instead staying approximately static around 3 Mb/s. Checking this camera in a stream analyzer, we discovered that the camera compensated for the additional I-frames by increasing quantization. Average quantization was as follows:

Note that quantization remained unchanged when moving from one I-frame per second to one every two or four seconds, steady around 25.

Frame Rate Guide for Video Surveillance on Jan 18, 2021
Choosing the right frame rate for your application is important but...
Smart Codec Guide on Feb 01, 2018
"Smart Codec" was once seemingly a marketing buzzword, but in 2022, nearly...
Hikvision H.265+ Tested on Jun 27, 2017
Hikvision, which in the past few years released H.264+ (see test results) has...
Video Surveillance Bandwidth Guide on Dec 16, 2016
Bandwidth is one of the most fundamental, complex and overlooked aspects of...
Major Manufacturers Dropping MJPEG on Nov 04, 2016
MJPEG has hung on for years, still in use in some systems despite H.264's...
Training: Frame Rates for IP Cameras on Apr 18, 2010
This is the industry's most in depth guide to frame rates in video...
Comments (14) : Subscribers only. Login. or Join.