How long should video surveillance be stored? 1 week, 1 month, 1 year? This is a fundamental question for security systems. Store for too short a time and you could lose critical evidence yet record too long and it could waste a huge amount of money.

In this report, we share in-depth survey results of security integrators from around the world, examining how long and why real world deployments choose to store surveillance video.

This is part of our unique series on storage fundamentals, helping users make the right decision on the surveillance designs. Related reports include:

The most common storage duration, by far is 1 month; The next most common is 2 weeks. The histogram below charts the breakdown of integrator responses: 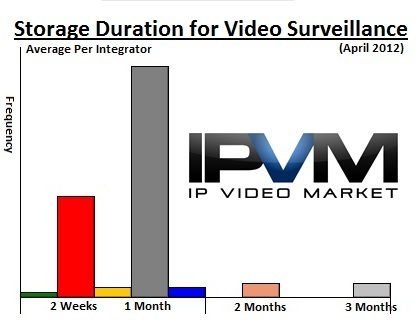 While that's the big picture, we captured many nuances in our survey results, allowing us to answer important questions such as:

Most incidents are generally known within a few days or a week. Add an extra week for retrieval and that gives 2 weeks of storage. This seems to be the minimum generally accepted. With the clear majority of respondents, 1 month was preferred to provide a margin of error.

Many respondents explained that 2 weeks to a 1 month was an acceptable compromise between maximizing availability and constraining storage costs:

However, in the maximum storage duration section below, we examine 4 cases where 2 weeks to a month are not sufficient.

A number of European respondents explicitly cited restrictions on storage for more than 1 month:

For most integrators, none of their projects required more than 2-3 months maximum of storage duration, as shown in the histogram below: 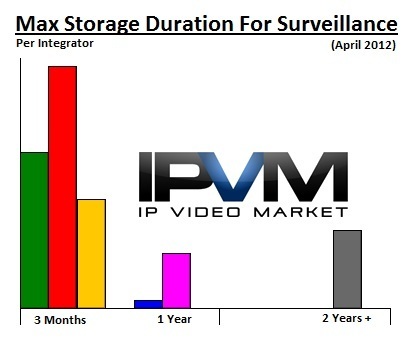 Government requirements are one of the most common drivers:

Banks are the other major sector with consistent requirements for long term storage:

Finally, organizations that face significant litigation risk that might not arise for a long time after the incident frequently required long durations:

Impact of Megapixel on Storage Duration 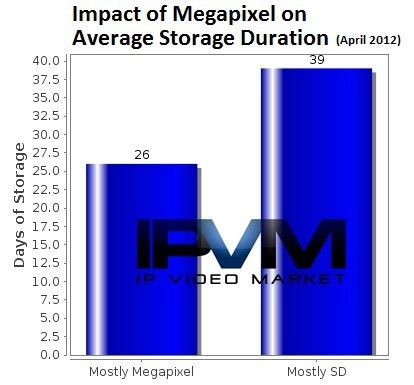 A few respondents explicitly called out megapixel as a factor in reducing storage duration: 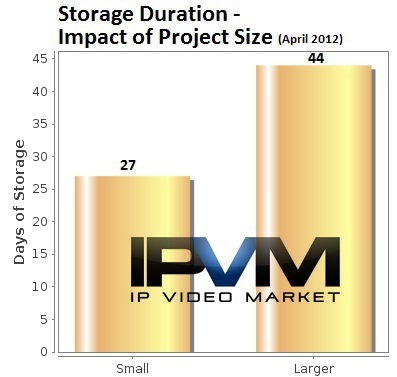 While this was not explicitly called out in the comments, we suspect that larger camera projects typically have higher security requirements driving the need for longer storage.