One startup, Goji, is attempting to differentiate itself with a video camera for visually confirming who is trying to get inside.

What is its competitive positioning? Will it work? Unlike Lockitron, has Goji bypassed the early bugs and production problems? In this note, we examine Goji to see if it fundamentally has an edge over competitors like Lockitron.

Goji is designed to mount on standard residential doors, but unlike Lockitron, it is not a retrofit device designed to install over existing deadbolts. Instead, Goji replaces all mechanical lock parts entirely. Instead of a bare deadbolt face, it features a digital display that gives the user feedback as they try to gain access. 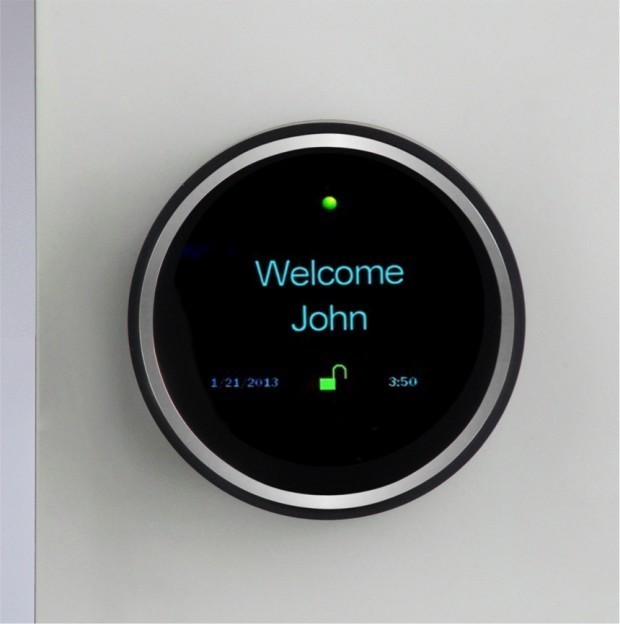 Key Features of Goji include:

Retail Prices are $278 for singles, with volume discounts for two or three packs. Optional BLW keyfobs for users without smartphones can be purchase for $40 each.

Integrated Camera: Goji's power feature is a camera that snaps still images when motion is detected at close range or when the integrated accelerometer detects vibration (like a door knock). These images are sent remotely to Goji's smartphone app, allowing the user to manually unlock the door if needed. 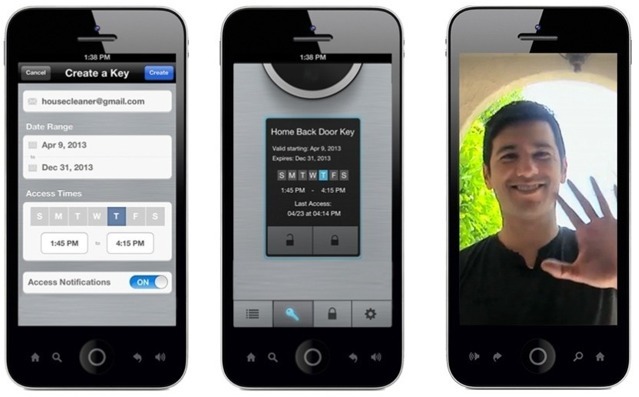 The central app also is the primary interface for controlling the lock, sending other users temporary access, or reviewing log activity through the opening. 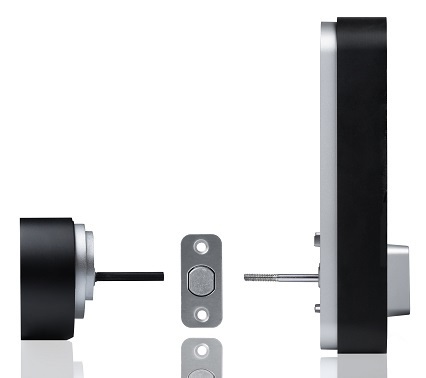 Skill / Effort: The skill required to install a Goji will be greater than Lockitron, plus flaws in doors could make Goji unusable. Since the entire piece of hardware is replaced, the deadbolt lock must be repinned to match existing keys, but only if they use the KW1 keyway. Otherwise, existing mechanical keys will not fit Goji, and separate mechanical keys will need to be carried as backups.

Battery Power: Goji uses four AA batteries, which makes replacement easy. But even slight binding or bolt misalignment in the door can shave months off battery service life, and users should expect to replace the set once or twice annually. This expense is not needed with traditional mechanical locks that need minimal adjustment and maintenance even after 5 years of use.

Slow Reaction Time: When it comes to BLE or WiFi, keeping the lock connected all the time quickly drains the battery.  As a compromise, Goji will 'sleep' to conserve battery life by hibernating the unit, but this disconnects the unit. The time it takes to 'wake up' the lock once a user approaches or tries to login to the lock is subject to testing, but the delay is likely several seconds.

Any delay in operation, no matter how short, are not going to be appreciated by users who simply will not tolerate more than mere seconds. This results in the risk of users simply using mechanical keys instead because they are quicker.

In a familiar circumstance, Goji is not yet shipping more than a year after successfully concluding the fundraising campaign. Even worse, the expected ship date has been missed multiple times, and the company blog page is very slow in providing status to backers.

The indiegogo comments page is full of complaints, frustration, and requests for refunds: 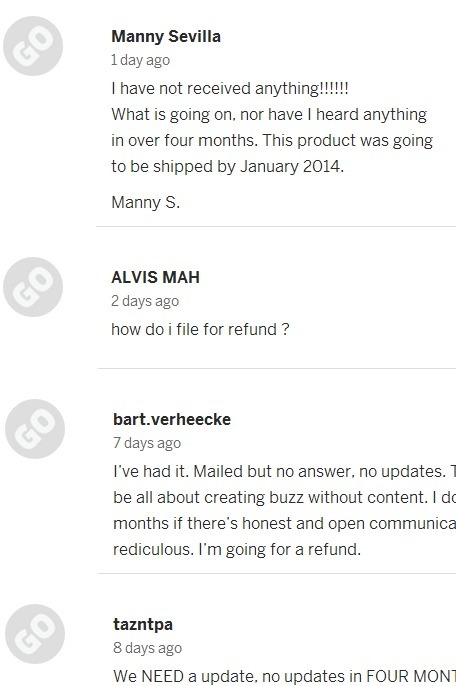 We emailed the company to find out the expected ship dates for the first round of locks, but have not received feedback yet.

Assa Abloy Acquires August on Oct 25, 2017
The mega access control manufacturer, Assa Abbloy, has acquired [link no...
Lockitron Admits Failure on Jan 29, 2015
They were Silicon Valley's chosen one. The company who was going to disrupt...
Comments (5) : Members only. Login. or Join.