There were ~100 small Chinese, Taiwanese and Korean vendors with tiny booths at ISC West 2015.

IPVM spoke to a number of these companies to better understand what they were pitching and how they competed.

In this note, we share our findings, including images and video.

IPVM met with several Chinese manufacturers, and they include:

At each manufacturer, we asked where their factory was located, as well as strengths, competition, and general popularity either in China or internationally.

We Will Sell Anything

The most notable similarity is that these vendors were happy to sell anything - IP, AHD, CVI, SDI, TVI and analog cameras were available from most every Chinese manufacturer at the show, as seen in the example below: 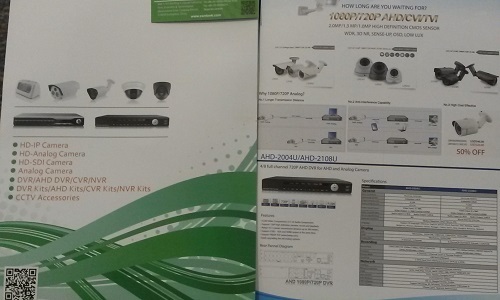 Granted, some manufacturers were selling more specialty equipment, like 4K monitors, see-through LED TV’s or explosion proof cameras. The manufacturers we visited and spoke with had most if not all of these camera types available for sale and were not strongly favoring any technology type.

Beginning with Cantonk (who was located between Wodsee and Smartview), they claim they have more professional workers (meaning the staff they have are 3 year or older “veterans” in the industry), saying that most of the other Chinese manufacturers have new people coming and going. Cameras and hardware are manufactured in their factory in China, and they claim they are 3rd in popularity in China. Cantonk says their main competitors are "Wodsee and Longse".

Enster Industrial’s says their strength is “fast lead time”, the ability to receive and complete an order in a quick fashion. Enster also emphasized camera customization, saying they would “add your own logo” to their cameras and ended with “we are an Alibaba gold member. You type in IP, CVI, TVI, AHD or analog and you will see our name”. They say their factory is out of Shenzen and find themselves in direct competition exclusively with Longse. However, when asked how popular they were in China, they replied “somewhere in the middle of a top 20 chart”.

Unlike the other Chinese booths we visited, Longse said they directly competed against Dahua and Hikvision, stating many of their customers fear Hikvision and Dahua will take over and customers cannot OEM products anymore. Longse claimed strength is the ability to customize and OEM cameras. Exporting is important for Longse, they claim to be #6 internationally compared to other Chinese brands in popularity. Their booth was cleared out when we spoke with them, looking like this near the end of the show:

Smartview Technologies responses were very similar to Enster’s, saying fast lead time and OEMing were their main strengths, along with their IP, CVI, TVI, AHD and analog cameras and recorders created in their factory in China. They claimed to be somewhere near the bottom of a top 20 list.

Lastly, we spoke with Wodsee, who named their low price, “stable quality”, and they use customer surveys and feedback “to make better and stronger cameras”. Their competition comes from Longse, Lilin and Dahua, and rank themselves as number 9 in China with “a lot of international sales”. They say they create their cameras in-house in China.

Across the board, pricing for fixed cameras was in the $20 to $60 range.

During the last day, most exhibiting Chinese manufacturers were trying to sell their demo equipment to show attendees and maybe “buy back” the show fees. Everything from cameras, DVR and monitors were for sale, with prices from ~$20 USD to ~$200, with space to haggle and cash only, no credit or debit cards.

For example, Enster was selling this 4 channel AHD kit with 4 AHD cameras for ~$80: 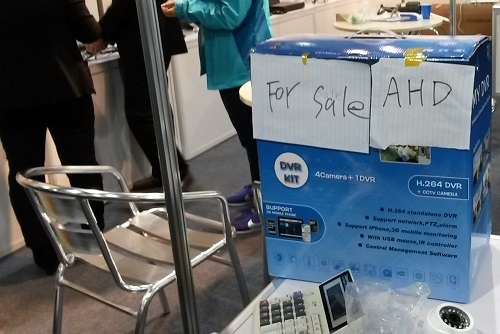 Another manufacturer was selling a Dropcam fake for ~$22: 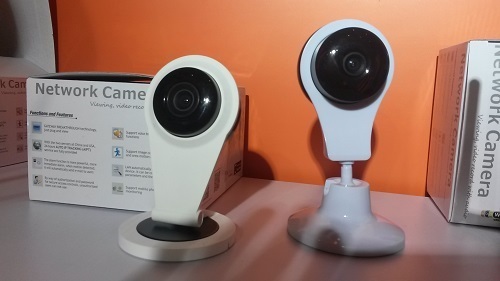 And one Chinese manufacturer was selling this rubix cube with integrated camera for $50: 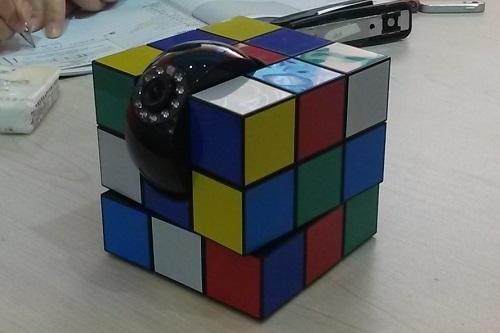 Buyers could purchase as much as they wanted, however, manufacturers did not bring extra quantity to sell, so it was first come first serve, as seen in the image below:

Worth a Look Through

Users curious about the global expo portion of the show should give it a look on the last day if time allows, especially for those looking to purchase a cheap, no shipping cost Chinese camera for experimentation or general curiosity. While many will continue to disregard the global expo (with a larger number of Chinese manufacturers buying main floor space), we found it interesting to hear from this segment of the market.

Video of the Global Expo

Here is a video to get a feel for these vendors: