The "Kakon Brothers", William and Nathan, are self-described "south Florida Power Agents specializing in Luxury Real Estate" who "have closed over $2 Billions in sales".

Now, the brothers, through their new endeavor, "SafeCheck USA" have sold $178,488 of temperature detectors to a Texas (Sharyland) School District. 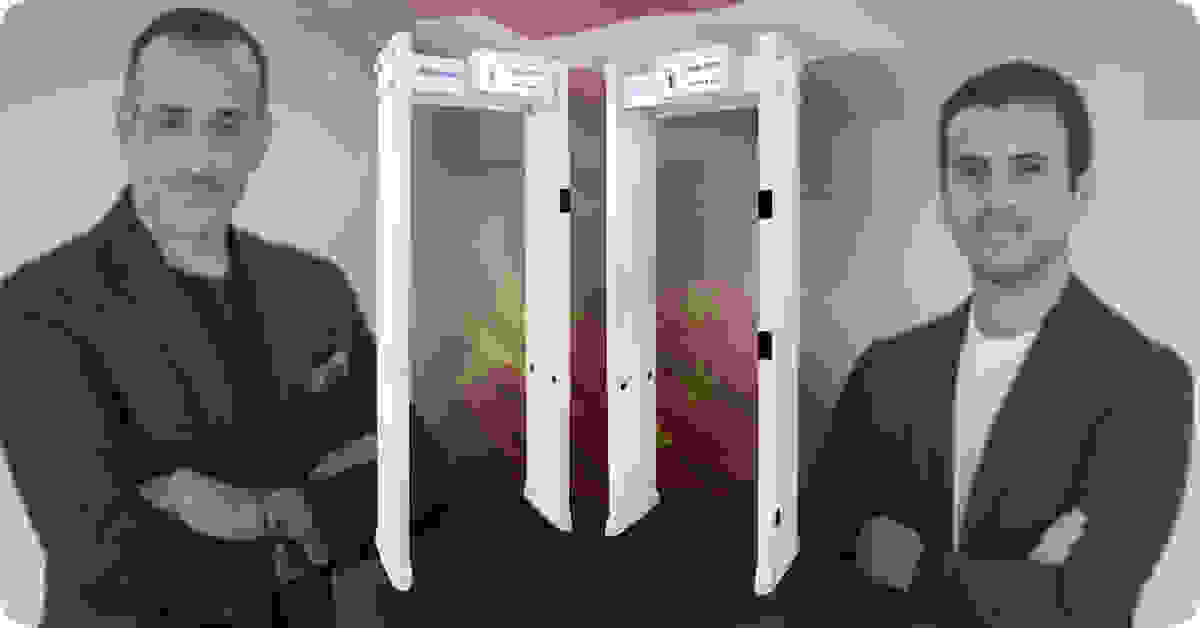 The Sharyland school district told IPVM that they only had a Zoom demo and purchased without on-site testing while import records IPVM reviewed showed a Shenzhen, China company manufacturing them. The Kakon brothers and the China manufacturer claim SafeCheck USA has some form of undisclosed superior technology.

We are concerned about the performance of such a system, the safety of the children at those schools, and their relatives who might be impacted. This is a part of a surging number of Western companies that are now offering 'fever' / temperature screening from China suppliers hidden from the public.

SafeCheck USA is a new offering, with its web domain created less than 3 months ago, on April 28, 2020, and a company press release on May 11, 2020, which atypically does not name an actual person.

While SafeCheck makes it difficult to find who owns it, we eventually verified that it was the Kakon Brothers, as we spoke with both William and Nathan. The only clue given on the Safe Check website was that it was "Powered by NDW Holdings LLC". 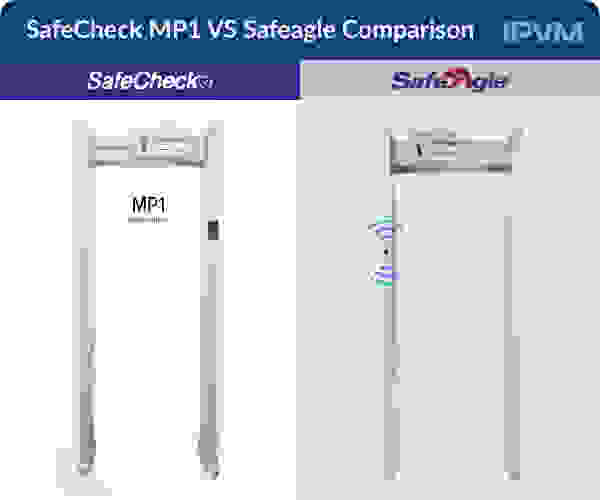 SafeEagle sells a variety of these detectors that anyone can buy on Alibaba as the example below shows: 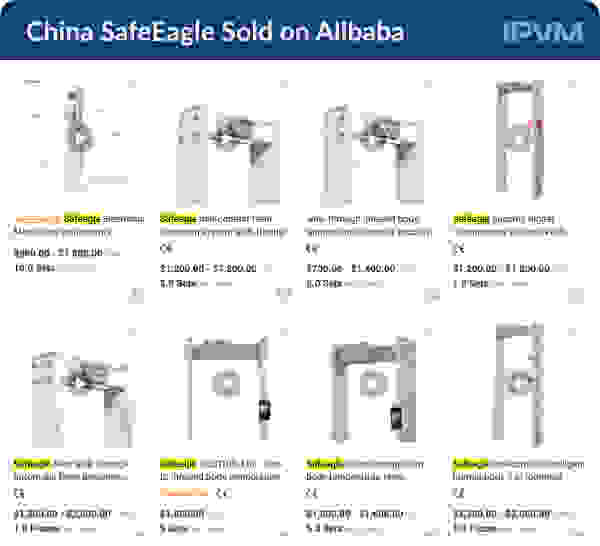 A principal difference, however, is SafeCheck USA claims they are using a superior "proprietary technology sensor" in their temperature detector scanners, most notably that their IR technology can measure up to 9 inches vs ~2 inches normally:

However, William Kakon, on the phone, was not able to give any technical specifics of how the IR technology that SafeCheck USA uses is different from Safeagle / JJScan. He did say that they would later provide that but never did.

At first, the manufacturer, JJScan / Safeagle, told IPVM of no difference but after we spoke to the Kakon brothers, the next day, the manufacturer emailed us back emphasizing that "my english listening is not so good" and "please understand my bad english words", explaining:

allow me write again by email, so you can better understood.

1. by phone you mentioned sensor for that product: as we know it is their this product is of 9inch about, (which is about our 25cm distance).

2. And they using much better solution technology inside, for sensor etc.. so, if you buy from them I think you must be satisfied.

Concern is warranted given the offering is just a few months old, with no technology background claimed, and no technology specifics even attempted.

Below is a comparison of normal IR ranges vs what SafeCheck USA is claiming: 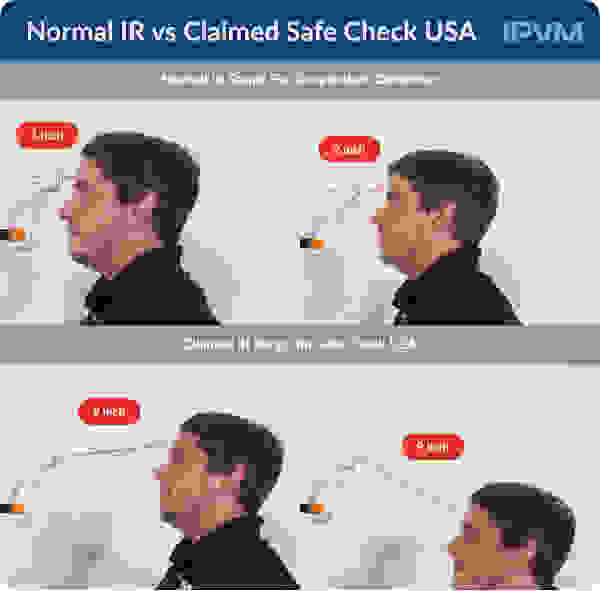 Even trying to do a 9-inch range increases accuracy risks as the farther away the subject is the more likely the reading will come in low either due to distance or measuring a different part of the skin that less accurately correlates to the actual body temperature.

The technology is described on the product page as "the only device of its kind that could be used indoors or outdoors as long as it is covered with a tent or a canopy".

They go even further, claiming "the environmental temperature does not affect the screening accuracy":

This SafeCheck YouTube product video shows outdoor use, but not "under a canopy or tent" as they suggest:

Tent or not, the issue with "IR Technology" that reads foreheads, as they show in the video, is that hot or cold temperatures can cause false readings because the forehead temperature will vary due to the environmental temperature. This is especially a concern in Texas.

Moreover, SafeCheck "USA" misleads the public into believing this is a US product. For example, SafeCheck USA sales represented to IPVM, on a call, that they had a US product:

We are a US based company, we make our parts here.

All of the components are made in the US.

Moreover, the company markets 'USA' in their name, web domain, and even the US flag in the version of their logo:

Plus, their own 'introduction' is framed by a US flag: 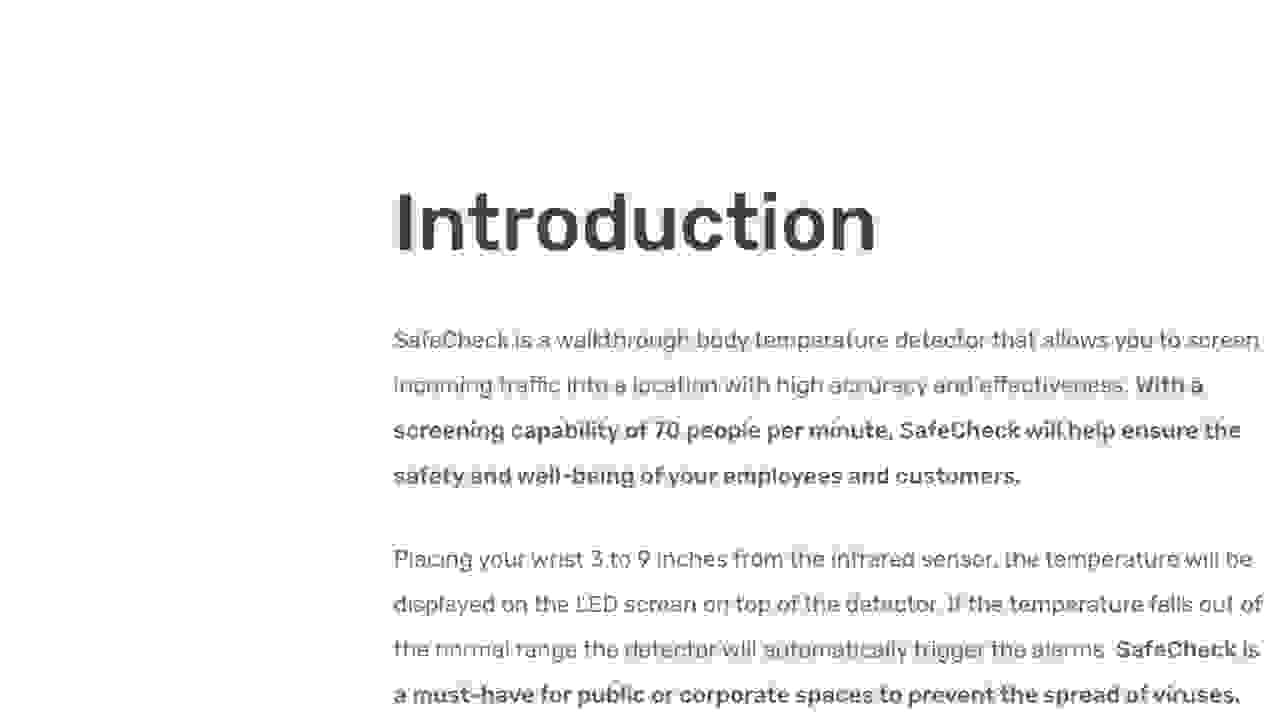 While Safe Check USA is selling these detectors at $3,394 per device, anyone can buy them on Alibaba, listed at half the price for even a single unit:

Of course, SafeCheck USA's counter is that it is offering some proprietary, yet unspecified, technology that somehow the original manufacturer Shenzhen Safeagle does not have, despite selling various options of these body detectors.

Fundamentally, though "IR technology' like they claim (save the questionable 9" range) can be purchased for wall-mount units for ~$100 each.

Moreover, SafeCheck USA falsely claimed they were FDA approved, as seen below: 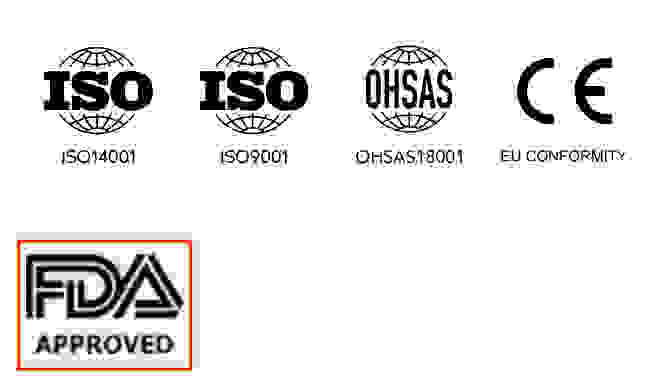 They only changed it when IPVM called them out on it, now saying "FDA Guidance": 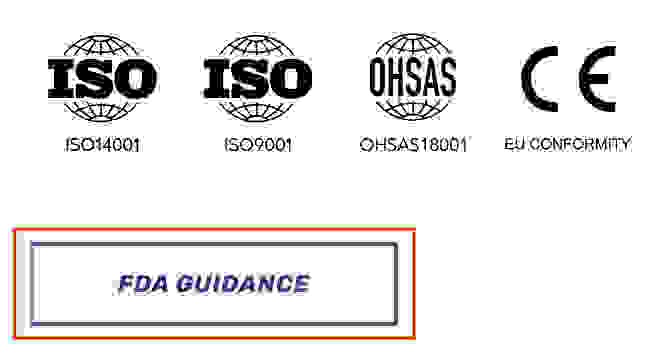 IPVM learned that the Sharyland school district purchased the 52 walkthrough detectors at $3,394 per device, from SafeCheck USA, in a July 2 New York Times article and a review of the board's decision and purchase by The Monitor.

In The Monitor article, the devices were described as "too affordable to pass up", with district CFO Ismael Gonzalez concluding:

cost effective wise, this is the best solution.

The CFO, Gonzalez, told IPVM they found SafeCheck over the internet:

A committee comprised of educational, health, and instructional leadership professionals at our school district completed research on several products that are designed to detect fever. SafeCheck USA was discovered on the internet during this research exploration.

He continued, saying that a zoom demo was given to the committee:

We spoke with a Sales Representative named William. He completed a Demo via a Zoom meeting for the entire committee. In addition, William and his team completed a demonstration with the walkthrough detector. He also explained the logistics of how the product functions.

The CFO acknowledged that it has not been tested on-site:

We will be receiving the units within the next two weeks and will install immediately so that they are ready for day one of instruction. None have been tested by our district.

The only products that we have utilized when staff and students have arrived at a school building are hand held thermometers.

Then, he confirmed that students will be tested each morning on entry:

Each walkthrough detector will be bolted down to the ground.

Every morning, students will be asked to walkthrough the detector upon arrival at each school campus.

Showing he believed the FDA approval on their website:

I attached a document which is on their website (attachment provided)

We received no response to the question "Where is the product manufactured?" nor after we shared our concerns with the origin and technology being sold to them.

Risk To The Public

The Kakon brothers and Sharyland is, unfortunately, part of a growing trend of sellers surging into this market and buyers, rushing to get back to school or work, doing insufficient due diligence.

Locally, this is should be a concern to the 10,000+ students in this Texas district as well as their families. Globally, this is a concern to people around the world, as more and more of these devices are marketed and various organizations put their trust into them to safely return to normal.

We have sympathy for the buyers here as they are having to make, literally, life and death decisions on offerings that largely did not exist just months ago. Something, though, needs to be done so that the public has sufficient knowledge to better make these critical decisions.

SafeCheck USA responded to the publication of our article:

False unverified claims, you will hear from our in house counsel very soon

We reminded them that we are happy to include whatever feedback they have and review whatever evidence they have to share.

You guys have caused much damage, by calling clients, factory etc...

You have not tested the unit in anyways, only based on assumptions !

You have called clients and say why would they buy from real estate brokers, I do have this in writing from them.

I hope that you guys don't like money ! We will definitely take you to court for damages

Thank you for your feedback. Our reporting consists of accurate statements of facts or opinions protected by the First Amendment.

Taking us to court would cost you significantly and you would lose.

If there is anything specific in our reporting that you believe is false, detail them immediately with evidence to support your claims and we will review.

William Kakon asked John Honovich to call him, which Honovich did. On the call, Kakon told Honovich that he was going to "make life miserable" and that he would "piss on money, emphasizing that he "promise to sue" and that it would "cost [me] a shitload of money." He further said he would "Spend $300,000 on [my] face" and "make [my] life a nightmare."

Kakon also claimed "If I gave you $100,000 advertising" to which Honovich had to explain that IPVM does not take advertising, sponsorship, sell products, etc.

Kakon, on this call, emphasized a medical background. His LinkedIn Profile describes:

In 2011 Mr. Kakon as opened up 7 health care facilities successfully sold in 2017.In 2017 Mr. Kakon has focused on bringing unique products to the market he has developed SafeCheck Usa, security and healthcare products.

Kakon declined to comment on what he did with health care or was his expertise was in this technology is. Note: while Kakon says on LinkedIn to developed SafeCheck USA in 2017, the web domain was created less than 3 months ago.

We did not put our nose in your business but you did and tried to damage a relationship with a client.

-Joey Walter started off by lying to one of our sales people. Stating that he was recording the conversation with have that in writing as well.

- we have a written statement of a client that you went and try to ruin a relationship, they have called us right away.

- you went to call the manufacture and make false statement as well.

- making assumptions of of products you have never seen or tried.

Now, I will not waste anymore of my time about this non sense, but my lawyer that is paid for that will.

I will definitely do as much damage financially as possible to your company with legal fees since you are trying to do the exact same thing.

Good luck and see you in court, we ll have the pleasure to mee.

By making claims that are not verified

We are reporting on issues of public interest. Your client is a school district. The safety of those students and their families is our interest.

Joey Walter did not record the conversation. This may simply be an honest misunderstanding of your co-workers.

What false statements did we make to the manufacturer? If you can specify your claim, we can review and respond.

And Kakon's response to that:

No misunderstanding from Joey Walter, he clearly said that the conversation was recorded. That shows the integrity of your compnay.

And many other false statements.

You want to put your nose in our business we will put our nose in yours.

PLEASE NOT CONTACT ME ANY OF MY PARTNER OR ANY OF MY COMPANY !

GOOD LUCK AND SEE YOU IN COURT

Ink Labs Relabels China YCX Fever Camera And Steals Dahua's Marketing on Jul 30, 2020
A US company marketed a 'thermal temperature scanner' as its own, selling...
Comments (41) : Subscribers only. Login. or Join.