This hipster startup claimed it would crush cavemen alarm companies, with a DIY disruptive offering.

Now in production, we bought a Scout Alarm system to see just how well it delivered.

The DIY alarm market has been getting a lot of attention, with mega funded Simplisafe making the most noise (see our Simplisafe Test Results).

For a DIY product, Scout performs rather well, and even offers advantages over some commercial systems. Key benefits include:

However, not everything worked well. Scout's negatives may even be a showstopper for some:

In the video below, we demo the user app/system interface available via web portal or smartphone app:

The key takeaways for system overview is alarm configuration and function is solid. During our test, every alarm event that should have been reported was, and no false alarming occurred.

Furthermore, whether interfacing with the system via web portal or the app (and often both at the same time), controls worked and responded. Event logging was quick and comparable with commercial wireless alarm sensors. 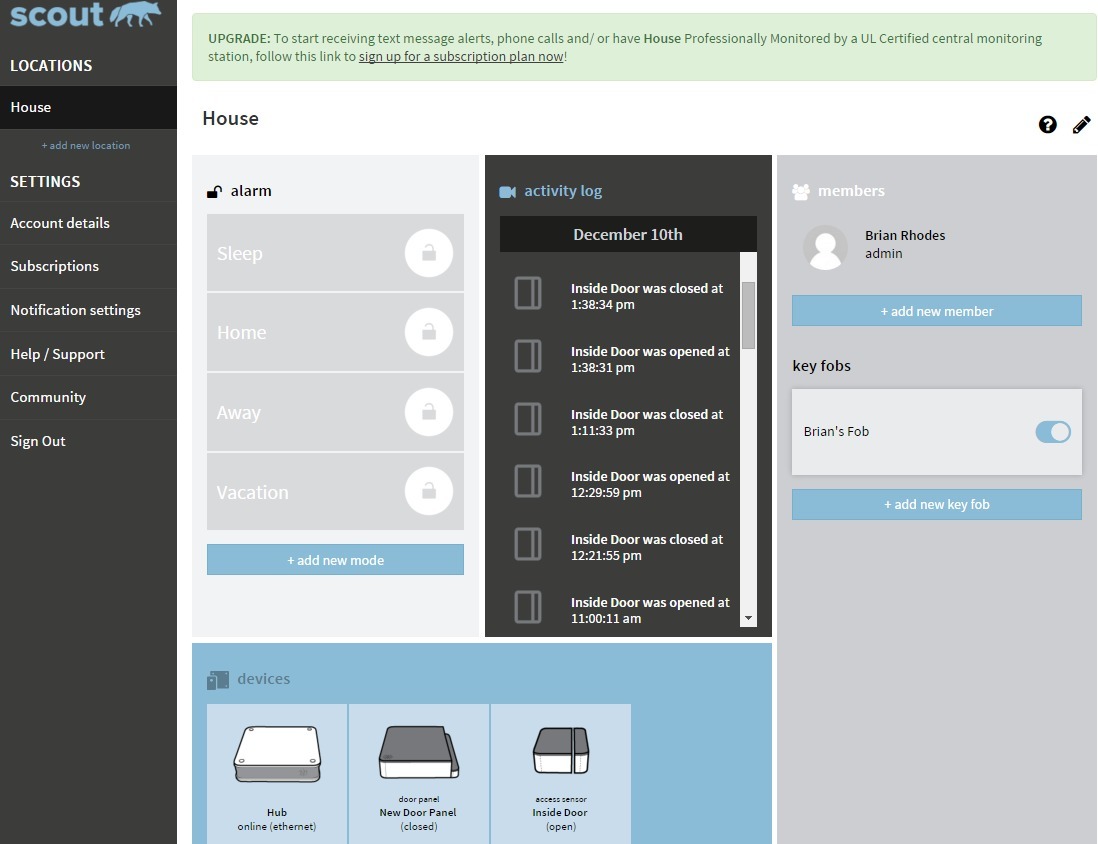 The web apps are well laid out and reliable also.  In the example screenshot below, the 'system alarm' app screen is shown with recent event logs explaining alarms and interface options to call police or disarm the system as button actions: 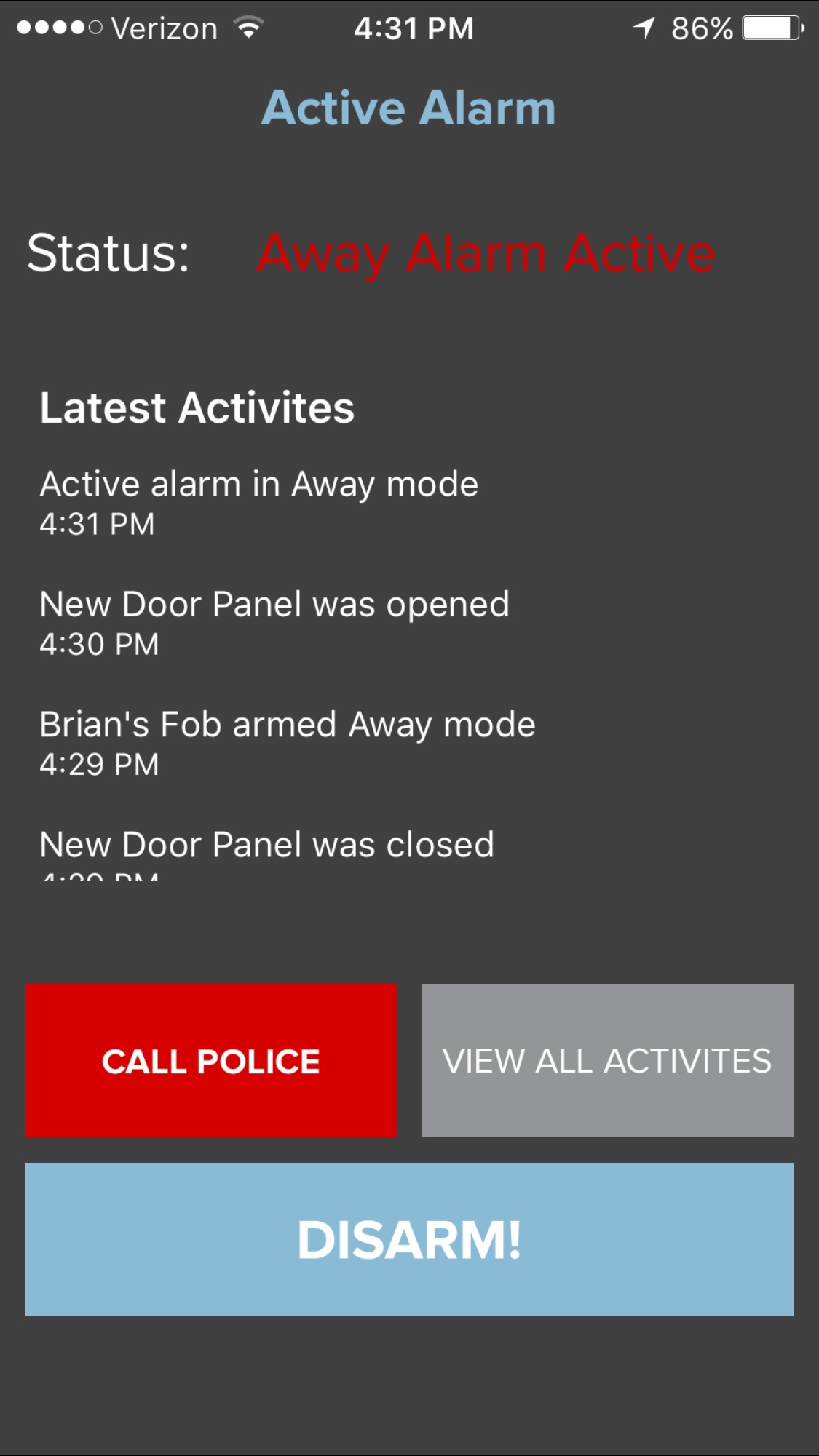 We take a look at example alarm notifications and email report performance in the video below:

In this video, we examine Scout's hub and sensor design.

While the overall construction is solid, the size of sensors is large and will not be aesthetically pleasing on all doors and windows.

For example, the two piece 'Access Sensor' will typically be unevenly aligned when doors are shut, due to the characteristic difference in frame trim profile and leaf of door. At best, installations look sloppy and at worst functional alignment between sensor sides may not be possible: 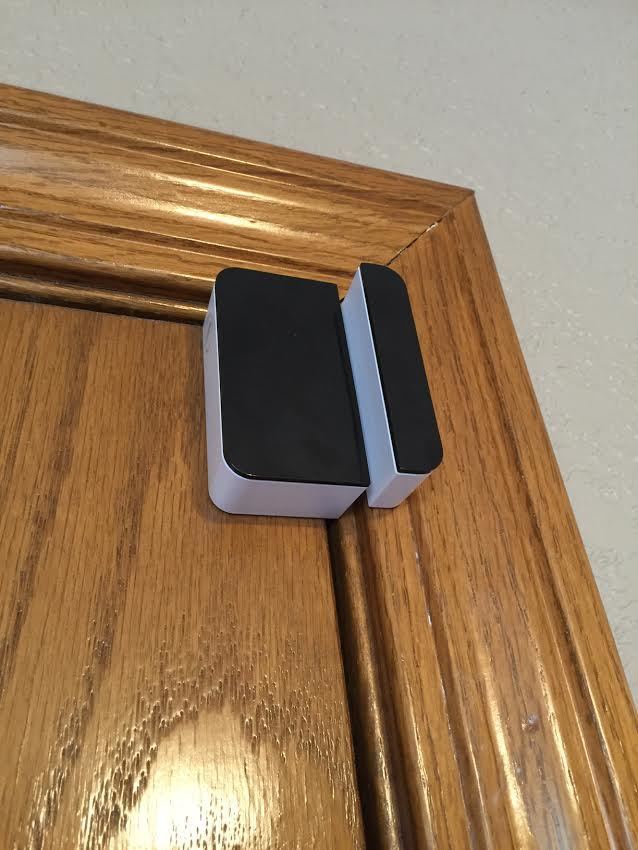 Additionally, while the wireless nature makes install easy, it also requires changing batteries that add costs and potential nuisance to users over time.

Other drawbacks, like quiet alarm sounders and the lack of keypad controls are illustrated in this video:

Of the shortcomings, two big ones rise to the top:

Those looking for a bargain system will likely find the cost of Scout steep. Pricing for a typical system will run $350 - $650 depending on total number of sensor points.

A system with a hub, a main 'door panel', a motion PIR, and two 'access sensors', the cost will be about $350 with no monitoring costs.  However, each door or window a user wishes to monitor adds $30 - $50 each point, and even a modest home with three doors and five windows will break the $650 mark quite easily.

Scout offers users a fairly granular level of configuration options.  Unlike other DIY systems like Simplisafe or Korner that do not support multiple zones, Scout offers hundreds each user defined.

For example, if users wish to create an alarm profile that only arms doors but not windows, or the first floor but not the second, they can create their own custom grouping and select specific actions when a particular sensor trips.

However, a significant barrier for many users will be the limited wireless range of system sensors. Because the range is 45 feet and no boosters are available, Scout's best fit is for small, single floor apartment sized areas with a few doors or windows.

Other potential Scout disadvantages are limited sensor choices, of two basic contacts and PIR.  In contrast, Simplisafe offers a range of sensors, including glassbreak detectors and a 'pet-immune' PIR.

If users are looking for an integrateable and configurable DIY alarm system, Scout could be a good option.  Unlike most intrusion systems, especially DIY offerings, Scout can be integrated with other home automation platforms (supporting IFTTT, Nest, Phillips Lighting, and Amazon Alexa).

The video surveillance gap could also cause potential buyers to think twice, as it is already a mainstay function of platforms like Alarm.com and Honeywell Total Connect.

ADT Launches Canopy - Professional Monitoring For DIY Devices on Jan 19, 2017
The intrusion industry has criticized DIY security systems for...
Set-Top Box DIY Alarm System Sage on Jul 05, 2016
A multi-billion dollar corporation has gotten into the DIY alarm system...
Fighting Back Against DIY, DMP Opens OnDemand Monitoring and Company Store on May 17, 2016
The popularity of DIY intrusion alarms has become a real threat to the...
ADT Merges With Protection 1 In $15 Billion Deal on Feb 16, 2016
The world's least favorite security company, ADT, is being merged [link no...
The Robot Security Ball (Orbii) on Jan 12, 2016
A new security system in a ball might be the most different security product...
Comments (7) : Subscribers only. Login. or Join.