Many think primarily about video surveillance in schools as primarily a security tool and unfortunately as part of a program to respond to school shootings.

However, schools can clearly get many more benefits than just security. One school recently explained three benefits of their school's camera system, which we review inside.

Eventually each parent will be allocated one mini-ptz per student, and the video compressed into tagged events, "spelling tests", "social interactions", "behind the teachers back", etc.

Can we really have any expectation that these kids will ever object to surveillence when grown, after they grow so familiar with it? 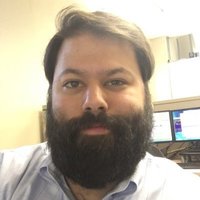 Well, bear in mind that at least some of these kids must have special needs, which is probably why they have to employ a behaviorist. A behaviorist isn't usually required to work with neurotypical kids. Keeping a close eye on the educational progress of a child with special needs is just responsible parenting, really.

Well, bear in mind that at least some of these kids must have special needs, which is probably why they have to employ a behaviorist.

My comment was  not directed at this school and certainly not any of its children in particular, just on the benefits of School Video Surveillence.  Moreover the focus of the article, IMHO, was on neurotypical students in an atypical setting, i.e. Montessori self-directed learning.

Parents with children having special needs are rightfully more vigilant and concerned about their child's progress and status.  The classification of Helicopter parent does not apply here, as there is a justification for it.

Having said that, I have a child in a Montessori school currently.  Last year I suggested a PTZ be placed in a large common area.  This school has a large pre-k population and parents sometimes have to drop their children while the child is crying or upset.  Because the parents imagine that the child will be crying for hours if they leave, they often linger to observe.  This usually just extends the crying until the parent leaves.

The idea was to give parents a way to see that the child was ok after they left.  In this case a touch screen pvm would be in the outer area.

They said they like the idea and are getting a quote from their 'guy'. Unfortunately, its the same guy who provided this Access Control masterpiece.

Okay, I'll agree with that. I'm also glad to reread that access control abomination thread. Send us pictures of the camera job, I'm sure it'll be hilarious.