Just over a year ago, Knightscope was projecting hockey stick growth: 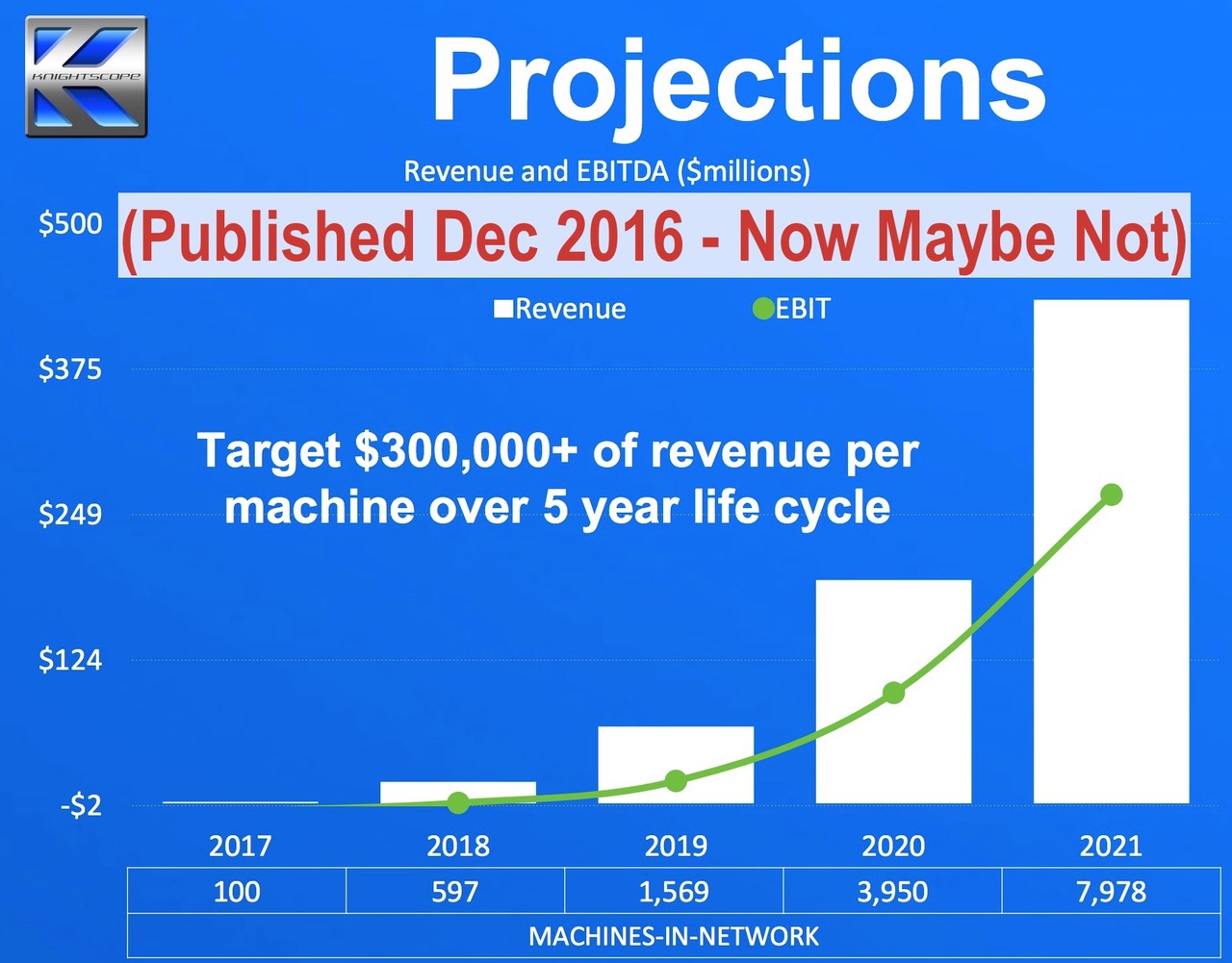 And Knightscope excelled at fundraising, taking in their max of $20 million.

Unfortunately, getting customers to spend money on robots is proving to be a lot harder. In this note, we examine Knightscope updated financials and disclosures to examine the problem.

Let us start with what sounds like the good news for Knightscope but is not:

This $1.3 million is countered by ~$10 million in expenses, so they have burned through a lot of money.

The growth rate is actually declining and relatively low to begin with (see this analysis), when breaking out the last 4 half years:

Revenue should be way up in 2017 H2, especially considering all the marketing and publicity Knightscope has gained. By their own Dec 2016 projections, they should have had 100 robots 'in network', which would have meant at least double the revenue, even assuming most robot contracts started towards the end of the year.

Knightscope reports as of Jan 2018:

We hold contracts for approximately 3 dozen clients across 14 states in 3 different time zones and we are in the process of building our 72nd machine.

However, that is little changed from 4 months before, where Knightscope reported:

As of September 18, 2017, the Company has secured 34 clients with 45 machines under contract 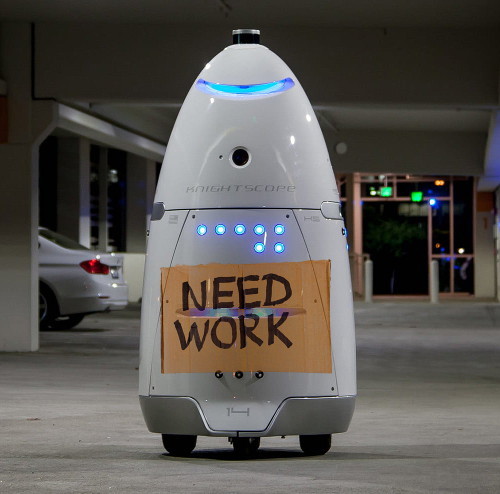 Knightscope acknowledged a number of sales problems, including:

enterprise sales is extremely lengthy and time consuming. ... notionally these can typically range from 6 - 12 months... This is one of the reasons that we are behind our planned schedule.

If Knightscope did not realize this and factor into their original schedule, that is quite a bad sign for their business acumen as this is obvious to industry professionals.

we have lost some accounts and can ascribe those issues to a few factors, including a poor use of the technology (bad use case), a commercially unreasonable client (demand changing our entire technology stack to adopt a portion of theirs), poor sales process (over sold on capabilities), or a key feature is missing (but planned for in the future).

Most interestingly, they admit problems with qualifying:

be significantly more selective in qualifying clients before engaging in earnest and dedicating resources.

Knightscope is undoubtedly the industry leader when it comes to security robot entertainment but they are learning that getting customers to actually pay for this is much harder.

In 2017, Knightscope emphasized the role of mega guard companies Allied Universal and Securitas in ramping up sales. Now, in the 2018 investor update, neither are mentioned at all, directly nor indirectly.

We suspect this reflects problems with either or both of the companies since it was clearly material and a Knightscope selling point previously. Over the years, we have seen guard companies dabble in new technologies only to cool on them once they realize their limitations.

One perhaps surprising point is that, despite raising $20 million at the end of last year, they are already down to $12 million:

Our cash on hand is $12+ million as of this writing.

A key contributing factor is that they spent millions advertising for the fundraising campaign plus had to pay ~$1 million to SeedInvest who ran the campaign.

Lastly, we have opted to not pursue the typical Silicon Valley startup growth approach of continuing to burn cash in pursuit of growth - with, in our opinion, the flawed assumption that there will always be another equity fundraising opportunity. We instead are laser focused on getting to positive cash flow.

And, yes, if Knightscope does not improve its growth and reduce its expenses, it may not be able to get another equity round.

From what we hear from the other security robot companies, they are still gearing up. And given they do not have the money to burn or the name recognition, they have further barriers. However, they do have one advantage - no notoriety for robot social media failings - but it is going to take some time (at least) for any of these robot companies to move into the mainstream.

ADT Commercial Argues "Unique Growth Opportunity" on Mar 18, 2022
While ADT is best known for residential security, the company has made a push...
2018 Mid-Year Surveillance Industry Guide on Jun 28, 2018
2018 has been an explosive year for the video surveillance industry, with...
Comments (16) : Subscribers only. Login. or Join.