Startup Remocam [link no longer available] is taking a different approach with a pan/tilt camera for the cost of most fixed options, with novel IR device control features for basic home automation.

Here's their marketing video for the pitch:

Remocam gets some things right, such as setup and app ease of use, and adds novel features such as pan/tilt and IR device control uncommon in similarly priced consumer models.

However, as in nearly every other residential model we have tested, search is almost non-existent and playback controls lacking, forcing users to scroll through large numbers of events to find what they are looking for. Additionally, the inability to access SD card recordings via the app forces users to pay for a cloud storage plan or remove the SD card to view video.

Here are the key findings from our test of Remocam:

Initial setup was quick, 2-3 minutes, with wi-fi information read automatically by the camera from a QR code on the user's smartphone, and voice prompts informing the user of status.

Cloud playback of events was smooth, with 3-5 seconds wait before loading video or downloading.

No event search is available other than by date, with no finer grained search options.

No controls other than play/pause and a scrub bar are available during playback, such as fast forward, slow motion, screenshot, etc.

There is no playback of SD card recording via app, forcing users to remove the card to review video.

Pan/tilt control was slow, but low latency. Movement began a fraction of a second after pushing the corresponding button.

The Remocam is able to control TVs and other devices via IR remote control, one of its most novel features. Included codes properly controlled Samsung TVs, and others were simple to add via IR learning.

Remocam sells for $199 USD direct [link no longer available] or via online retailers. This puts it in the same range as other consumer cameras, such as Nest or Simplicam. However, these competitors do not include pan/tilt capability, built in siren, or IR device control of Remocam.

Cloud storage plans are priced at:

The 7 day plan is priced $2 lower than Nest's lowest plan, 10 days. Both 30 day plans are priced the same ($30/$300). However, Nest offers a 50% discount for additional cameras on the same account, which Remocam does not.

The Remocam is larger overall than typical consumer cameras, due to its pan/tilt mechanisms (not found in other cameras), which give it more of a spherical shape.

The Remocam includes MicroSD storage, typical of several consumer models, and external mic/speaker connections, not common in this grade of camera (though also infrequently used). We review the physical construction of the camera in this video:

The setup process of Remocam involves three steps, shown below:

These steps took about 2-3 minutes to complete, including creating an account.

This process is simpler than many consumer cameras, which require users to connect to a separate wireless network via smartphone (FLIR), connect the camera to a computer (Dropcam), or connect smartphone and camera with a stereo cable (Canary).

Video loaded quickly on a residential network, in about 3 seconds. Latency was low relative to many consumer cameras, about 1 second (compared to 2-5 in typical cameras in this segment). Live viewing and PTZ control were stable, as well, with very few disconnects.

In our tests, the Remocam was very unstable when connected to a corporate LAN with firewall (SonicWALL). Video load time was long, ~10 seconds, and the camera needed to be rebooted to reconnect multiple times, once even needing to be factory reset and re-connected.

Remocam saves a 20 second upon motion event. These may be stored either on local SD or to the cloud. However, local SD clips are not accessible via the app, instead requiring the user to remove the SD card to view stored video. Remocam informs us that SD storage was originally planned for released, but has been delayed and they intended to release in a future release.

Events are displayed in a simple list by date, with only basic search (date only, no hour/minute controls) supplied.

Playback is simplistic, with users selecting a motion clip and choosing to play it back or download to the phone. No fast forward, slow motion, snapshot, or other controls are shown.

One of its most novel features, Remocam is able to control devices via IR remote control, such as TVs, set top boxes, fans, air conditioners, etc. The camera ships with codes included for Panasonic, Samsung, and Sony TVs, including power and channel/volume up and down. Other devices may be learned by aiming the device's remote at the camera.

When setting up a device, the user pans/tilts the camera in its direction, which the camera recalls when issuing commands. This is the only "preset" function found in the camera, with no option to store pan/tilt settings for other points.

Remocam claims a 110° angle of view, but in our tests actual AoV was between 80 and 90 degrees, narrower than most current consumer models. The image below demonstrates this, with the camera placed directly in one corner of the room, but showing neither side wall. 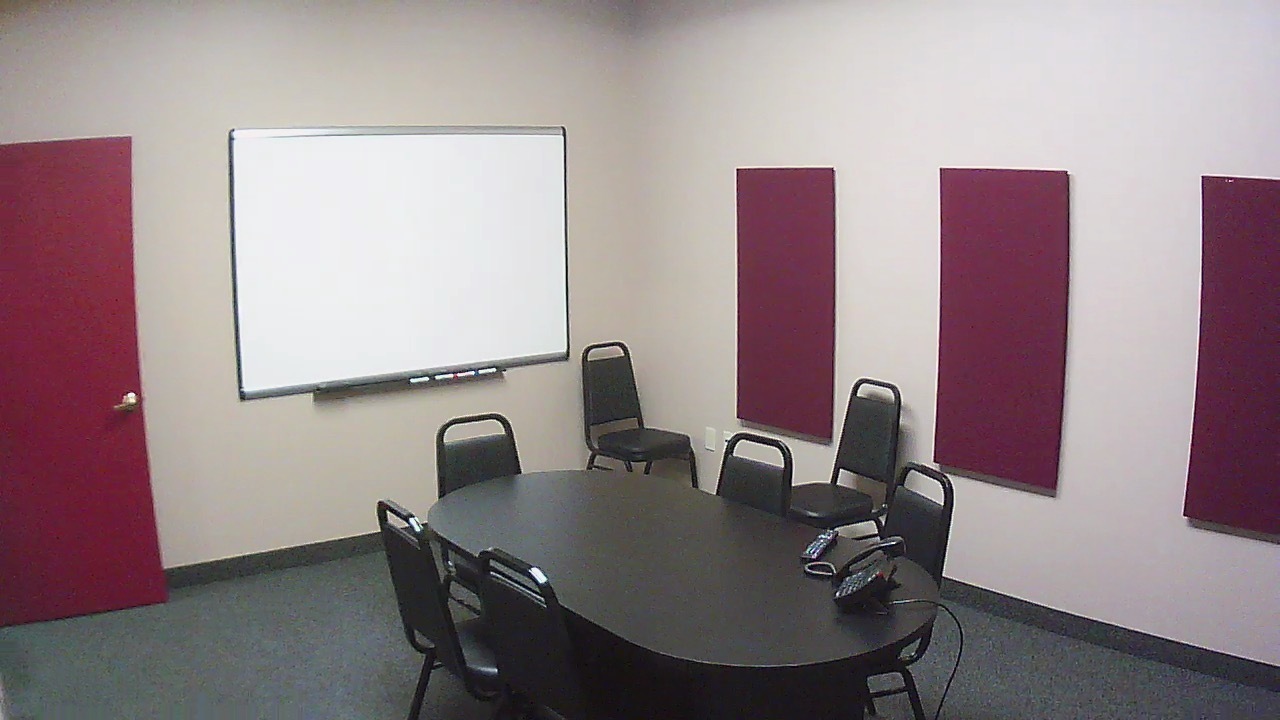 In low light, the Remocam's integrated IR is suitable for filling a small room, typical in residential settings. There is a slight halo effect caused by IR reflecting into the lens.

Directory Of Consumer Security Cameras on Aug 16, 2017
The consumer camera segment continues to grow, with new startups and models...
Comments (1) : Subscribers only. Login. or Join.